Mister B and I went for an early walk this morning. Although it was only 75°F on the dial, I came home dripping sweat, which suggests the possibility of rain sometime today. Of course the TV guy said the same about yesterday, hyping the threat of a hundred-year gully washer. It sprinkled, which is more than we normally get when local weathermen predict downpours.

I’m still thinking about Hurricane Laura’s “unsurvivable” storm surge, which in the end seemed pretty survivable, at least from our vantage point in dry southwestern Arizona. I don’t mean to make light of destruction, power outages, and the suffering of coastal residents, but the media’s addiction to comparing weather-related events to the apocalypse only fuels cynicism, and it’s no wonder people blow off storm warnings and ignore evacuation orders.

If only there were some kind of easy-to-understand fable we could teach our children so they’d grow up to be TV meteorologists and reporters who understand the danger of false and exaggerated warnings. 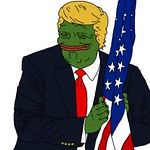 Some of us, from the beginning, warned that Trump would model himself after corrupt authoritarian rulers like Putin. By now his scorn for representative government (and rules in general) should be obvious to everyone. It’s neither hype nor exaggeration to say so, nor to compare the violence being committed in Trump’s name (and with his encouragement) to that of Hitler’s brownshirts. This shit is real and getting worse by the day. No one’s doing anything to rein him in, and if Trump plays racist resentment and fear into another term, “unsurvivable” might be literally correct, at least for American democracy. This time, friends, there really is a wolf!