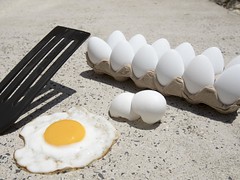 Honestly, I don’t know why Donna goes with her friend to that ranch near Phoenix … she said it was so unbelievably hot there her car’s air conditioner couldn’t keep up, and once they got to the ranch they had to stay indoors the entire time. Then again, she got to spend quality time with her friend. I’m really starting to miss spending time with my friends!

Last year I discovered NOS4A2 on Hulu. Buffy fan that I am, a sucker for plucky girl heroes who fight vampires, I ate it up. I didn’t know it was originally an AMC show until last month, when the second season started running on that network.

When I think of AMC, exceptionally good long-running series like Justified, Breaking Bad, and Better Call Saul come to mind. We missed Breaking Bad when it originally aired on AMC, catching up with it when Netflix began streaming it a few years later, so we never had to sit through the commercials. We got the full blast of advertising with Justified and the first four seasons of Better Call Saul, though, which we watched on AMC. The difference between watching these shows on AMC, which saturates them with long commercial breaks, and watching them without ads on streaming TV, is night and day. Is it just me, or is AMC squeezing in even more commercials these days than before? It’s so bad I gave up on season #5 of Better Call Saul, deciding to wait a year or longer until it shows up on Netflix or another streaming service and I can watch it uninterrupted. I want to do the same thing with NOS4A2, but six episodes in feel committed to finishing the season.

AMC has a “premiere” option, which for five bucks a month allows subscribers to watch shows without ads. I suspect overloading shows with advertising is AMC’s way of driving people to sign up. I briefly considered trying to find a way to sneak the monthly payment past Donna, but then learned Better Call Saul season #5 isn’t part of the deal. And that’s a deal-breaker. 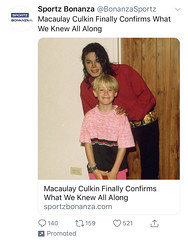 They say Jack Dorsey, CEO of Twitter, is considering a subscription option for users willing to pay for an ad-free experience. I access Twitter over the internet (twitter.com) on my desktop PC and see very few ads. If, on the other hand, I read Twitter through the app on my cell phone or tablet, every sixth tweet is a “promoted post.”

Would I pay for an ad-free Twitter, or Facebook for that matter? Probably not; at least not now.  I simply scroll down through ads, although the more clickbaity ones (like the one on the left) sometimes fool me into thinking they link to newsworthy stories (they never do). Whenever I encounter one of those I immediately block the advertiser … but of course new advertisers move in to fill the gap, so it’s like trying to sweep the beach.

The day may come, though, when you can’t scroll past ads on social media. TV and the cable companies are leading the way on that front, disabling fast-forwarding through commercial breaks. What if, one day when you’re reading posts on your Twitter or Facebook news feed, the screen starts freezing on promoted posts and you discover you can’t scroll past them until a certain number of seconds have elapsed and a little “X” appears on top of your screen? Hey, they’re already doing it with the ads built into the “free” games we play on our phones and tablets.

One thought on “Quality Time with Clickbait”