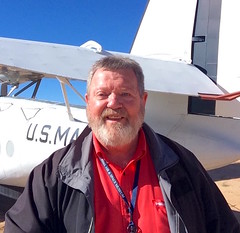 If I write it on my weblog, does that mean I have to go through with it? I’ve decided it’s time to start another beard … if only to hide the turkey wattles on my neck. Besides, it’s not like I have squat-all else to do with my time these days.

I remember first learning what a genocidal maniac Columbus actually was from historian Howard Zinn’s “A People’s History of the United States,” a book the right has been trying to ban for decades. As it relates to the current debate about taking down statues and monuments, driven in part by the right wing’s ongoing attempts to whitewash history through controlling what books high school and college students are allowed to read, I think it’s appropriate to re-post my 2014 review of “A People’s History”:

Read a representative sample of comments on Goodreads or any book review site and you’ll appreciate how polarizing “A People’s History of the United States” is. Readers tend to fall into two exclusionary camps: lovers and haters.

Zinn’s history has been the target of censors and book banners from its publication in 1980 to the present day. The ongoing controversy over “A People’s History” is what motivated me to read it.

As a child I believed my country was exceptional. That’s what I was taught; that’s what the adults I looked up to believed. Victory in WWII was still fresh and the economy was booming under Eisenhower, at least for families like mine. When I was still very young my father joined the US Air Force and we began to move around the country. I was exposed to families who were not like the ones I saw on TV, families who experienced a different American reality from the one I was taught. At an age when I was politically aware enough to know segregation was wrong and could not last, my father was stationed in Virginia and I was sent to a whites-only school. Shortly afterward I gave up believing in fairy tales and god. I started reading on my own, a habit I never successfully broke. I protested our early involvement in Vietnam, packed clothes and food for the Freedom Riders, helped a friend obtain conscientious objector status, joined SNCC. American history, to me, had begun to look not all that different from the history of any other country.

So it’s no wonder to me why an entire political camp — the American right — rejects Zinn’s book. The history it recounts, starting with the very first chapter (Columbus, the Indians, and Human Progress; a chapter that is so shocking and disturbing that I suspect many conservative readers never progress beyond it) is incompatible with a belief in American exceptionalism. Or fairies. Nor is it a wonder to me that many on the American right would attempt to suppress this book, purge it from schools and colleges, and call for it to be banned outright. The attack on Zinn and his book follows familiar lines: the author is an America-hater and a Marxist; “A People’s History” is praised by Hollywood celebrities, championed by leftists, and taught by subversives; Zinn’s interpretation of history is meant to weaken American minds and pave the way for implementation of United Nations Agenda 21.

In 2009 at North Safford High School in Virginia, “A People’s History of the United States” was challenged as “un-American, leftist propaganda,“ even though it was not the primary textbook in that school’s AP history class and was taught alongside an article titled “Howard Zinn’s Disappointing History of the United States,” critical of Zinn’s book.

In 2012, the Tucson Unified School District banned several books from local high schools. Prominent on the list of banned textbooks (still banned as I write this review) is “A People’s History.”

You may have missed it, but I included a link to the complete text of Zinn’s opening chapter on Columbus in my review. Here it is again. It’s not an easy read, but the truth, especially from the perspective of the oppressed, never is.

Never forget: the Americas were populated and settled long before white Europeans ever set foot here. Those statues of Columbus? Tear them down.