They Ask, I Answer 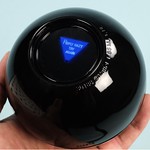 Why does Martha McSally call herself a fighter pilot when she flew the A-10, which is not a fighter?

She is a fighter pilot. True, the A-10 is an attack aircraft, the only one in the current Air Force inventory. The A-prefix indicates its missions are ground attack and close air support. It isn’t classified as a fighter. If you fly the A-10, though, the USAF classifies you as a fighter pilot, since the training and skills required are pretty much the same. A-10 pilots sometimes transition to F-16s and F-35s. One of my F-15 squadron mates at Kadena later flew A-10s, so it works both ways.

In short, Martha is a fighter pilot who flew an attack aircraft.

You didn’t ask, but about the fighter aircraft designation: a fighter’s primary role is air-to-air, shooting down enemy aircraft. The F-15 and F-22 fall into this category. The F-designation also includes multi-role aircraft with air-to-ground and air-to-air capability, like the F-16 and F-15E Strike Eagle. Naturally, military aviation enthusiasts will come up with all sorts of exceptions, subtypes, and examples (what about the Vietnam-era RF-101, a fighter stripped of all weapons and used only for photoreconnaissance, they’ll ask, or fighter-bombers like the F-111, which was never used in the air-to-air role), but in today’s Air Force, there is one A-prefix aircraft, the A-10, and a number of F-prefix aircraft.

What’s a regional pronunciation that serves as a litmus test of whether someone is native to the place you live?

I live in southern Arizona, where the town of Casa Grande is often pronounced Kassa Grand. I think this is less a matter of regional pronunciation than an expression of anti-Mexican bigotry (although I have to admit I’ve never heard anyone—not even the MAGAts—call Tucson “Tuckson,” so maybe I’m full of it).

A couple of other examples from my own experience: I was born in southeast Missouri, where horses are harses, and lived for a year in northeast Montana, where the towns of Havre and Chateau are Haver and Shotto.

What do you think about gender-neutral restrooms?

Here in the States, the only gender-neutral restrooms I see are single occupancy w/locking doors, like the ones we use at home and on airliners. I think someone’s trying to frighten people with tales of government agencies and schools forcing us drop a deuce with a person of the opposite sex in the adjoining stall, then having to avoid eye contact with that person at the sinks afterward.

In my experience this not at all how things are playing out. Before I believe men and women (or girls and boys) have no choice other than to share public restrooms with people of the other sex, I’ll need to see photos and documentation, something prominently lacking in all these ooga-booga social media scare posts.

What is something you believe that you wish you didn’t?

That Jeopardy! is fixed.

2 thoughts on “They Ask, I Answer”