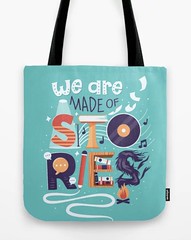 Friends are sharing kitchen stories with me, and no wonder, since that’s all I seem to blog about lately. Anyway, our friend Robin shared one about replacing florescent light panels in her kitchen ceiling. She got up on a stepladder to measure the openings, but the dimensions didn’t seem right … they appeared to be standard sized fixtures, but the tape measure said otherwise. She finally took one of the old panels to the hardware store and it turned out they were standard. Later, she checked her tape measure against another one and discovered it was mis-marked. Who ever heard of such a thing? If you can’t trust a tape measure, what can you trust?

My story’s about learning where things are in our remodeled kitchen. Everything has its own drawer or cupboard, so there’s not much counter clutter. That’s great, but I’m still at the stage where I have to open two or three drawers before I find what I’m looking for. Donna’s way ahead of me on this, since she’s the one who planned it all out.

The back door, the one we use most since it’s nearest the garage and our cars, is at one end of the kitchen counter. There used to be a key holder screwed to the side of the cabinet closest to the door, but there’s no cabinet there now and the keys are somewhere else. I don’t know where they are, but I can learn the new location, and don’t mind retraining myself. The household tape measure, though? That’s a different story.

We always kept a tape measure at the end of the kitchen counter by the back door, next to the oversized coffee cup filled with pens and the pad of note paper for grocery lists. We realized right away the last two things are indispensable, and counter clutter be damned, they’re still there, right where they’re needed. But Donna put the tape measure away somewhere, and I’m lost without it. You don’t realize how much you depend on a tape measure until you can’t find it, and I’m afraid I’m going to have to insist she put it back.

Donna and I celebrated another anniversary Monday, December 2nd … our 54th. We didn’t exchange gifts, what with the new kitchen and all, but we did go out to our favorite Italian place for seafood. Donna had cioppino and I had scallops and shrimp. 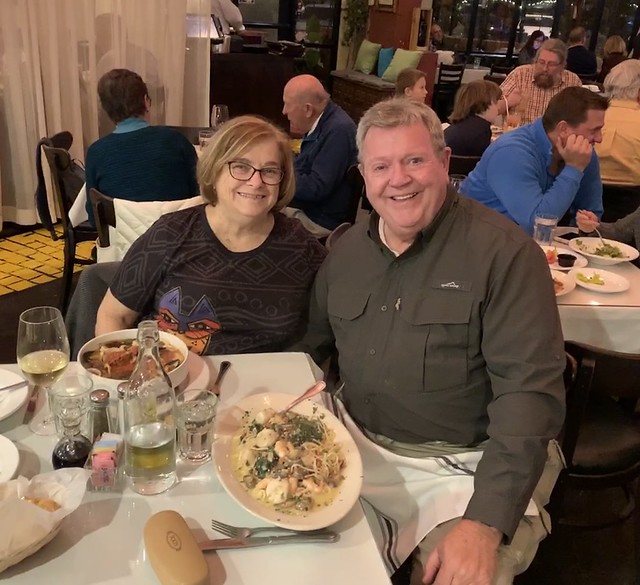 Donna says the kitchen will cover Christmas as well, but I think not. I can hardly buy myself a motorcycle lift without getting her something!

I have to take my new iPhone to the Apple store to have the glass replaced. It’s never been dropped but it cracked anyway, just sitting my my pocket apparently. When I bought the phone, three months ago, I also bought a new 27″ iMac … and damn if the glass on it isn’t cracked as well! Polly had her window open to let her cats go in and out, and a bunch of flies got in the house. They decided to move into the home office, where Polly killed them with a can of bug spray. In an escalating chain of events, she then pulled my computer desk away from the window to clean the bug spray off it, and smacked the side of the iMac with a can of window spray, cracking it. The crack is small and shows no sign of spreading, but you know I can’t stand it when things aren’t right … expensive new things especially. I’ll ask what it’ll cost to replace the iMac screen when I take the phone in, and I bet I won’t like the answer.

Speaking of stories. My 23-year American Motorcyclist Association membership pin came in the mail. I’ve been riding off and on since late 1964 … a little longer than Donna and I have known each other … but didn’t join AMA until I retired from the Air Force, and regret not having done it sooner, since they lobby on behalf of motorcyclists and motorcycling (without them, do-gooders would probably have succeeded in outlawing motorcycles by now). I mentioned all this on Facebook, and an old friend from our college days in Sacramento responded with a story about the time I loaned him a motorcycle.

I remember the motorcycle, a Honda 90. I had a newer bike, a Honda 350 (which I also remember well), and since my friend was without transportation I had loaned him my old Honda 90. I don’t remember doing that, but I’ll happily accept a gold star for being a friend in need. Apparently he rode my old bike for months, and one day it quit running, stranding him by the side of the road. He called a girlfriend and she picked him up in her convertible. They loaded the Honda into the back seat and of course got pulled over by Sacramento’s finest. Turns out she was on a delivery run. The cops said my motorcycle had been reported stolen, but that was a pretext for searching her car, where they found the three bags of marijuana she was taking to her customers. My friend, not wanting to get her in trouble, claimed the dope was his, so they arrested him instead. The charges were later thrown out since the cops had lied about the motorcycle in order to conduct an illegal search.

I ask you, how could I not remember any of this? What a great story!