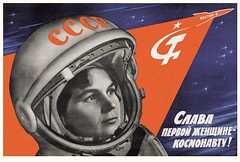 The Mississippi politician we learned about yesterday, the one who won’t allow a woman reporter onto his campaign bus unless she brings along a male chaperone, comes from the same strain of evangelism as former Indiana Governor Mike Pence, who won’t allow himself to be alone in a room with any woman not his wife.

The notion that women exist to seduce and ensnare men crosses cultures and religions, but is especially strong in American Protestant evangelism. Let me tell you about a former squadron mate of mine, a graduate of the US Air Force Academy in the days when Protestant evangelism was beginning to get a foothold there (today it’s the Academy’s official religion). One day, sitting in the ready room of the alert shack, I opened a magazine to a full page ad featuring a woman in a bikini. The young lieutenant walked into the room, saw what I was looking at, and almost literally tore his eyes away—he shuddered, then quickly slapped himself on the cheek while rolling his eyes up and whipping his head to the side, for all the world like a Looney Tunes cartoon character. My god, I thought, what if I’d been looking at a Playboy centerfold or watching porn on the ready room TV?

I’ve always loved movies and TV shows like “Starship Troopers” and “The Expanse,” which depict futures where men and women have become truly equal in every field, no assumptions made and no questions asked. And believe me, that’s the future I want, the one I grew up believing it and still dream is possible. And though things do seem to be getting better for women … working women in Western societies, that is, who still have to do the two steps backward for every three steps forward dance … there’s such a goddamned long way to go, and men like Mike Pence and this asshole in Mississippi keep grabbing the headlines and reminding us that the next two-steps-backward regression could see us living in the Gilead of Margaret Atwood’s “A Handmaid’s Tale.”

I’ve written more than a few posts about women in the military, specifically rated woman officers in the US Air Force. Academy-graduate male evangelicals have moved into all levels of Air Force leadership, looking out for and promoting one another. Yes, some women are moving up into leadership roles, but here’s my question: how much resistance do these women face from senior male officers whose first thought about them is that they’re out to lure them into some kind of sexual trap?

Another question: what do evangelical women believe? Mike Pence’s wife. What’s-her-face in Mississippi. They go to the same mega-churches and listen to the same pastors. Do they buy into this women-as-agents-of-temptation shit being preached to the men? What about Academy-graduate female Air Force officers? Do they plan their career-advancement strategies around the fact that male superiors who share their faith don’t trust them and will never think of them as equals?

I guess I ought to ask my senator, Martha McSally, because she’s one of them (and also an example of a successful woman Air Force officer and pilot). Maybe she can explain these mysteries to me.

p.s. The inset graphic at the top of the post is a Soviet poster honoring Valentina Tereshkova, who in 1963 became the first woman to travel in space. I thought of her just now when writing about the future worlds depicted in Starship Troopers and The Expanse. I know it’s kind of a leap for a post about creepy evangelical men who hate women, but it’s also where the title of the post comes from, and that’s how my mind is working this morning.

p.p.s. If anyone needs an explanation of my reference to former Indiana Governor Mike Pence, it’s for the same reason I never use the title “president” with regard to the current occupant of the White House: neither man was elected.

2 thoughts on “Evangelical Pigs … in Spaaace!”