I cross-posted this from my Hash House Harrier blog. As a hasher, I belong to a motorcycle hash kennel, the Knuckledraggers. I founded the Baja Arizona chapter, and a few days ago rode with members of the Las Vegas chapter. I’ll leave it to you to figure out the hash names and terminology.
—Paul Woodford (aka Flying Booger)

Pick’n’Flick and I drove to Las Vegas for our grandson’s Eagle Scout induction ceremony, and I decided at the last minute to trailer the motorcycle. The scout ceremony was Saturday, which left Sunday and Monday to go riding.

Sunday, Nose Candy (KDH3 Las Vegas) and I (KDH3 Baja Arizona) rode the north shore of Lake Mead out to Valley of Fire State Park and on-on to Overton for a late breakfast. We were accompanied by Nose Candy’s boss, Just Mark. It was a spirited ride, and by spirited I mean 80 mph the whole way, with occasional excursions up to 100 mph. It’s been a while since I pulled the ton, and I think maybe this was the first time I did it with a fellow Knuckledragger. Thank G we didn’t get caught … that would have been a hell of a ticket! 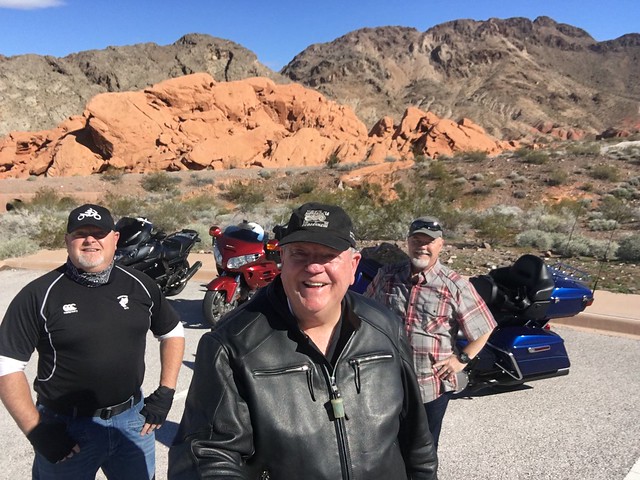 Nose Candy rides a fancy-pants BMW, and of course I was on my Goldwing. Just Mark was on a Harley, and surprisingly pushed the thing even harder than I pushed the Wing, including the 100 mph dashes. I must say I was impressed. We need to get that man hashing so he can become a Knuckledragger too.

On the way home Nose Candy and I stopped in Boulder City for on-afters. The old downtown section was full of bikes and riders, but this ride stood out and we decided to pose with it for photos. We later met its owner (who looked exactly like the kind of guy who’d ride it), Grizzly from Apache Junction, Arizona, right up the road from me. Another potential recruit! 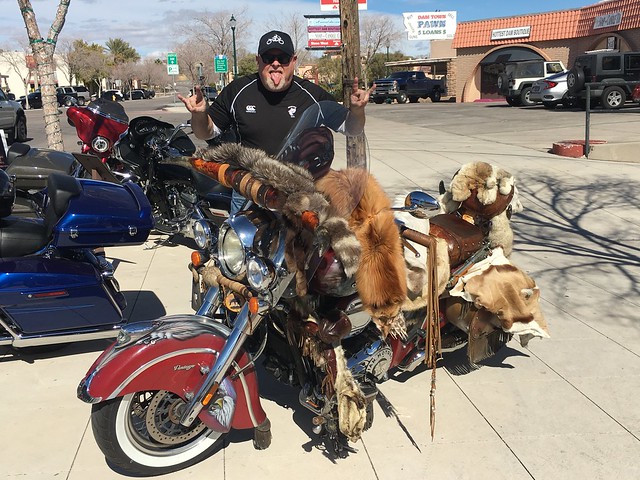 Monday Nose Candy and I went riding through Red Rock Canyon with Have Shit Will Travel (KDH3 Las Vegas). 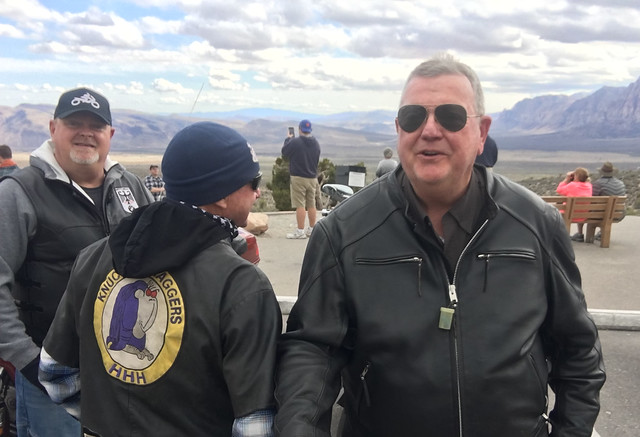 Just for fun, here’s a short GoPro video of the three of us doing a water crossing leaving Red Rock. Scoff if you will, but water crossings are a big deal in the desert, and qualify as shiggy.

After riding the Red Rock loop we hooked up with another Las Vegas Knuckledragger, Alcoholiday, at Bonnie Springs Ranch. We wanted to see Bonnie Springs again before it’s gone … the old lady who owned it died and her heirs have sold the property to developers. They’re tearing it down this month and a few months from now it’ll be a gated McMansion community. Las Vegas grows like a cancer, and I won’t be surprised to see casinos in Red Rock Canyon some day. 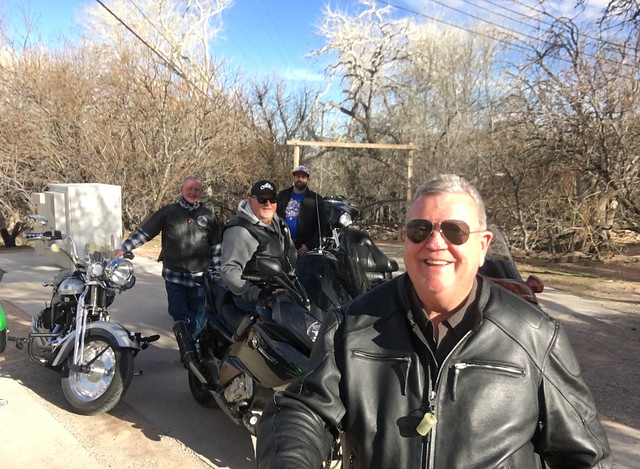 Not a bad KDH3 outing. Now to see if I can hook up with some potential KDH3 Baja Arizona members in Sierra Vista and Bisbee!

More links: GoPro videos are on my YouTube channel, and you can view screen grab images from those videos on my GoPro Stills Flickr album.