“The rocket was beautiful. In conception it had been shaped by an artist to break a chain that had bound the human race ever since we first gained consciousness of earth’s gravity and all it’s analogs in suffering, failure and pain. It was at once a prayer sent heavenward and the answer to that prayer: Bear me away from this awful place.”
—Michael Chabon, Moonglow 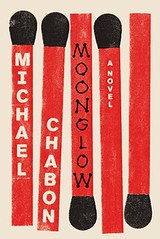 I hate reviewing books I loved. They’re so much harder to write.

These things happened. OSS officers fanned out across Germany, sometimes ahead of advancing American troops, searching for the Nazi scientists and engineers behind Hitler’s V-rocket program. Some found intact V-2 rockets, some found the underground factory at Nordhausen, some found von Braun and other targets of Operation Paperclip. More than a few of these men must have lived to see von Braun become the Disneyfied American hero of the space race, gnashing their teeth in the first-hand knowledge of von Braun’s Nazi past. It’s even possible one such man existed, one man who was there for all these things, and that that man turned out to be Michael Chabon’s grandfather.

Hey, I believed it. Swallowed it whole. Of course, this was my first “fictionalized memoir,” so perhaps I can be forgiven. I’ll be more skeptical with future memoirs. But then again, why be skeptical? Because this is about as good a memoir a novelist like Chabon could write, truthful in its essence, reflective of the writer who gave us “The Adventures of Kavalier and Clay” and “The Yiddish Policemen’s Union.” It explains much. It satisfies deeply.

I’m not even coming close to doing “Moonglow” justice. The memoir doesn’t just focus on Chabon’s semi-fictional grandfather. The tale spans three generations and a hundred years of history. It’s about life. It’s a memoir and a novel, and, as a memoir, it paints a truth despite it’s fictional basis. As a novel, it’s as good as anything Chabon has written. 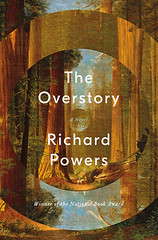 The Overstory
by Richard Powers

Unconnected characters with a common connection to trees come together to fight the deforestation of the world. I don’t know if what I read about trees and living forests in “The Overstory” is true, but it feels profound and fills me with dread over mankind’s unstoppable rush to harvest every last scrap of the bounty nature gives us.

The way the ensemble cast of disparate characters is drawn together reminded me of the 2004 movie “Crash”; the chapters where forest preservation activism evolves into direct action and eco-terrorism reminded me of Stuart Archer Cohen’s novel “The Army of the Republic.” I felt the same stirrings toward activism I feel when I read Paolo Bacigalupi’s cautionary near-future science fiction about climate change and man-made ecological disaster. And yes, I know it’s fashionable to put down the movie “Crash,” but there’s a reason it won a best picture Oscar; like the books “The Overstory” brings to my mind, it was powerful stuff.

The last section of the novel, Seeds, where it begins to dawn on people around the world that trees and forests are living things with much to teach us, and that must be protected, seemed wildly optimistic to my cynical mind. It took me a while to realize that people were getting these too-late insights by playing a computer game designed by Neeley, not doing a goddamn thing to change reality, and I thought it weak stuff. And then I thought, yeah, that’s probably how it will be once it’s too late and the forests are gone. We’ll realize our mistake … and start importing lumber from Siberia instead.

“The Overstory” is powerful stuff, full of poetry and revelation. I was moved by it. 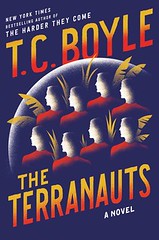 The Terranauts
by T. Coraghessan Boyle

This is my book club’s selection for March. It’s hella long, over 500 pages, and during ploddier chapters I wondered if T. Coraghessan Boyle might be one of Stephen King’s pen names. Nevertheless, I persisted.

As a lifelong science fiction fan, I kept telling myself “The Terranauts” is science fiction, but it’s not and there’s no use pretending. It’s a fictionalized what-might-have-been extrapolation of the actual Biosphere 2 project of the early 1990s, and makes no pretense of being anything beyond that.

From the very first pages, you realize the science of closed ecospheres is going to be mere backdrop to a novel about friction, conflict, and betrayal between study participants, first between those vying for selection as part of a Biosphere crew, then between members of the selected crew as they spend two years inside the dome.

Three narrators … Ramsey (a right shit, that one), Dawn, and Linda … tell the story in alternating chapters. They’re entertaining, each in their own cheesy myopic selfish ways, and if you wanted to explain the concept of the “unreliable narrator” to a creative writing class, having your students read and compare representative chapters from each would be a good start, but beyond reminding us that we as a species are nothing special Boyle doesn’t have anything earth-shaking to say.

“The Terranauts” would make a good TV movie, edited down to 90 minutes’ running time, and the novel itself could (and should have been) edited down to about 300 pages. 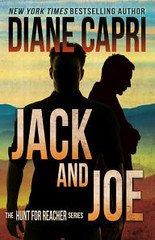 Jack and Joe (Hunt For Reacher #6)
by Diane Capri

There’s only one reason to read Diane Capri’s Hunt for Reacher books, and that is Jack Reacher. Honestly, if the stories were about FBI agents hunting a mysterious character we never heard of before, who would read them?

So does Capri scratch the Reacher itch? A little, and I’ll probably try another in the series. This one started off strong, but by the end felt flat and formulaic. I didn’t much like FBI Special Agent Otto, her partner, or her supernaturally-aware boss. Actually I didn’t like any of the characters in this novel, except maybe Joe Reacher’s ex-wife.

Like I said, I’ll probably try another one. If my feeling persists … that the series is a cynical ripoff of Lee Childs’ work … I’ll stop there. And now I sound just like an alcoholic saying he can quit whenever he wants. 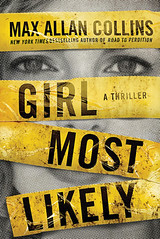 I agreed to read and review an uncorrected proof prior to publication in April 2019.

“Girl Most Likely” is a readable combination of mystery and police procedural set in a small midwestern town. The lead character, the youngest female police chief in the nation, has potential, and I would not be surprised to see “Girl Most Llikely” to become the first of a series of “Krista Larson” books.

To make his characters more vivid to the reader on first encounter, Collins lavishes attention on outward appearances, and in a couple of early chapters indulges himself in detailed descriptions of clothing, makeup, jewelry, and accessories, frequently name-dropping expensive high fashion brands. This, to me, was jarring, pulling my attention away from what is supposed to be a story about a small-town cop solving a series of brutal murders, and I think it’s a mistake on Collins’ part.

In later chapters, as Krista interviews potential suspects, Collins peels away layers of his small-town characters’ histories, and we learn about unexpected sexual connections, rapes, secret same-sex affairs, alcoholism, and long-suppressed hatreds. This is far more interesting and on point. More of that please, less Vanity Fair!

Minor, but a clunker nonetheless: Collins has one character say to another that one of the murdered women, a Chicago investigative reporter, had been putting together a workplace sexual harassment story, inspired by “the #MeToo thing.” Yes, hashtag included, as if we can hear hashtags in verbal speech. Ugh.

There’s a promising subplot about Chicago gangland corruption, but it doesn’t go anywhere. A brutal attack on Krista’s father, a retired policeman deputized to help solve the case, is never resolved. As for the murders at the center of the story, I was annoyed with the reveal but don’t want to divulge the plot, so I’ll just say it’s a little too surprising, a little too out of left field.

Otherwise, as I said at the top, “Girl Most Likely” is a readable mystery and police procedural with an engaging lead character. 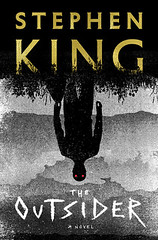 The Outsider
by Stephen King

I went to the library for something else and saw “The Outsider” on the New Books shelf. I picked it up on impulse, even though I long ago decided Stephen King is too windy for me. Some of his earlier horror novels were pretty good in spite of the way he draws everything out, and I had hopes this would be another.

Sadly, I have to put this one in the “just okay” category. Overly wordy and drawn out? In spades. Horrifying? Meh. Making things worse, a big chunk of the narrative involves a tertiary character, Helen the private investigator, and past crimes she had helped solve. Her backstory is never fully explained, and I got the impression Helen and the crimes she had worked on were part of an earlier Stephen King book, even though “The Outsider” isn’t labeled as part of a series.

“The Outsider”: readable but mechanical. Overall a disappointment.

The devil is loose upon the land and … sorry, not my cup of tea at all. Maybe it’s yours: a lot of reviews come in at 4 to 5 stars. I picked it up last November, read a page or two at a time but kept putting it down, and ultimately realized I was avoiding subjecting myself to more of it.

“Swan Song” is high-schoolishly dark, like the muscle-bound rabbit in the movie “Donnie Darko,” the very sort of doodle I might have drawn in the goth moments of my teenage years … dark for darkness’ sake. 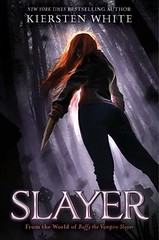 My love of young adult fiction goes back several years, when I began reading imaginative tales with imaginative yet adult themes like Michael de Larribeiti’s “The Borribles” and Paolo Bacigalupi’s “Ship Breaker.” I still feed my need for good YA from time to time, and, as an admitted and unashamed Buffy fan, could not resist checking our Kiersten White’s “Slayer.”

I made it to page 113, then gave up. Perhaps if the narration was not so repetitive? Nina chews the same angsty teenaged thoughts over and over until they are a soggy mess. Despite occasional mentions of Buffy, left like pieces of candy to lure me on, the story didn’t hold my interest.