My book review posts don’t normally have a theme. They are what they are: reviews of the latest books I’ve read, fiction, nonfiction, thrillers, whatever. This time, though, I include three books I’ve had on the to-read shelf for years … more than a decade in one case … that I finally got around to finishing. Damn, at this rate I might someday post a review of “Infinite Jest.”
— Paul 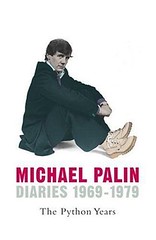 I found Michael Palin’s “Diaries 1969-1979: the Python Years” on the sale shelf at B&N. This was more than a decade ago, probably 2004. I didn’t want to start in on such a long volume right then so put it aside. A couple of months ago I moved it to the bathroom and started reading it in installments: a few pages one day, a page or two the next, and so on.

Like most American men my age, I loved Monty Python. Unlike the fans Palin writes about, the ones who’d ask for his autograph only to do a double-take when he didn’t sign their napkins as Terry Jones or Eric Idle, I knew exactly who Michael Palin was. I was a dedicated fan of his on “Monty Python and the Holy Grail,” and admired his work in “Jabberwocky,” “Time Bandits,” “Brazil,” “Life of Brian” and other movies, not to mention his later travel documentaries.

It’s instructive to read Michael Palin’s Wikipedia entry. In the diaries, the everyday life Palin describes moves along at a sedate pace, but I realize now that’s because he doesn’t detail all the writing projects he was involved in. The man’s achievements and works are many, and I admire him for not bragging about it.

The diaries are a fun read. Palin is as he appears on TV: a warm, friendly, intelligent gent. I felt right at home with him. I loved reading the snippets, here and there, about his Python work and the other members of the troupe; and of course all the rest, including his many encounters with notable people. His observations are honest and sharp, but never mean.

I’ve not been much on diaries, but this one has turned me, and I may start reading more. I rather wish now I’d kept one. This is a great read, and perhaps the best way to read it is the way I did, in small installments over time … as it was written. In fact, I may have hit on the way to finally finish “Infinite Jest” … move it into the throne room! 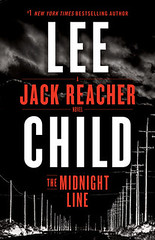 The next Jack Reacher novel isn’t due out until November this year, so I’ve reached the end of the trail for now (if you don’t count the short stories).

Opioid addiction plays a major role in “The Midnight Line,” which is appropriate for someone who will soon be looking for another Jack Reacher fix. Reacher fills some kind of hero/knight-errant hole in our souls, and we hope Lee Child’s health is sound and that more adventures await.

This was not, to me, the best Reacher novel, but it was far from the worst (that one was “A Wanted Man,” #17 in the series). It picks up where #20 (“Make Me”) left off, and leaves Jack in South Dakota, another case solved, a victim rescued, and … inexplicably … a great female cop character locked in a villain’s control room, one hopes to be discovered before she succumbs to hunger and thirst. I have a feeling we may see her again.

And hey, enough bitching about Tom Cruise. He’s got the role. He pulls the character off, if not in stature, at least in attitude. 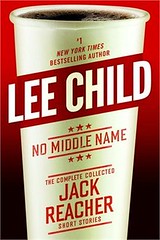 That after reading all 22 Jack Reacher novels in order I bought and read this collection of Jack Reacher short stories is confirmation of my addiction.

Now I’m at a loss, Reacherless until the next novel is published, scheduled for sometime in November 2018. Must. Be. Patient.

Three of the longer short stories collected in “No Middle Name” were appendixes to Jack Reacher novels and I had already read them. There were a couple of longish short stories here I hadn’t seen before, including a good one about an episode in Reacher’s childhood on Okinawa, but most of the other shorts were just that: a page or two long, basically drafts or ideas Lee Child might expand on in the future. Those almost felt like filler, and this short collection badly needed more filler than it had.

All in all, a disappointment, but it fed the addiction, which fellow Reacher creatures will understand. If you have not come across any of the Jack Reacher short stories before, this collection is probably worth the read. If, like me, you’ve already seen two or three, there’s not much else here. 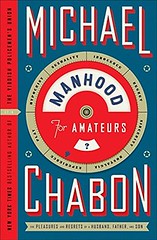 Manhood for Amateurs
by Michael Chabon

I bought a copy of “Manhood for Amateurs” from the remainder rack at B&N on the strength of my enthusiasm for Michael Chabon’s “The Yiddish Policemen’s Union” and “The Amazing Adventures of Kavalier & Clay.” Later, at home, I realized it was a collection of autobiographical essays, not a novel, and put it aside. For years, it turned out.

What is it to be a son, a father, and a man? Good questions, and, like Chabon, my answer is “Hell if I know.” But it’s a question most of us can talk about and around at length, and while I would ramble, Chabon has the writerly discipline to keep his essays centered on single topics, and most importantly, short … they are very uniform in length, four to five pages each.

Unless you’re new to the game of manhood and fatherhood, there are few great insights here, just honesty: Chabon details his own mistakes and failings. Sometimes he comes across as melancholy, but generally he’s upbeat about things. The essays are not just about raising children … far from it, in fact. My favorite ones were about writing, and those were full of fascinating detail.

I suspect many of these essays were previously published as magazine pieces (I could be wrong and apologize if I am). I generally enjoyed reading about Chabon’s personal journey, not that different from my own; I loved the bits about writing; I’m determined now to read his other novels. Because when it comes right down to it, Chabon’s autobiographical essays are very good, but his fiction is brilliant. 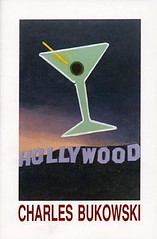 A friend gave me this book, telling me only that it was hilarious. I put it on the to-read shelf, where it sat for ages. The name of the author, Charles Bukowski, didn’t register until I finally got around to opening the book a couple of weeks ago, and then it rang a bell … didn’t he have a cult reputation and following back in my college days?

Well, whatever, this would be my first exposure to Bukowski’s writing. And I have to say I enjoyed the experience, this in spite of the theme of excessive, all-day drinking underlying the characters’ actions and motivations, normally a turnoff for me. Somehow Hank Chinaski and his girlfriend Helen manage the daily hangovers while learning the ins and outs of writing a screenplay for Hollywood.

As a sendup of the movie industry, the novel succeeds, and even in 2018, holds up against what we know of Hollywood today. I didn’t realize until the end that the novel is autobiographical. In real life, Charles Bukowski wrote the screenplay for a movie titled “Barfly” (which I have never seen); the movie Hank Chinaski writes in this novel is one & the same, as are many of the frustrations … endless production delays, cancellations and renewals, show-stopping movie star demands and tantrums, the constant lying and insincerity of industry power players … he must have experienced in real life.

I cringed at the names Bukowski makes up for actual industry figures (Berner Werzog, to give you an idea), because even in disguise it’s still star-struck name-dropping, and as mentioned I really didn’t like the casual, consequence-free treatment of functional alcoholism … but those were my only objections.

As my friend said, “Hollywood” is in fact a hilarious read. Kind of lightweight, but if you’re a Bukowski fan, it’s no doubt an essential part of the canon. 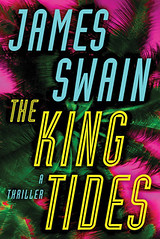 Way off point: even though the title is explained in the narrative, I kept reading it as “The King of Tides.”

All in all, a pretty standard thriller. There was enough of a plot to keep me turning pages, but I wasn’t enthralled with any of the characters … in fact I disliked most of them, including Jon Lancaster … and I just don’t have much to say about it. 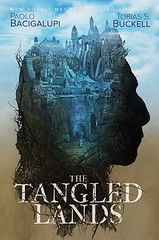 The Tangled Lands
by Paolo Bacigalupi and Tobias S. Buckell

I can’t believe I didn’t finish a book by Paolo Bacigalupi, even if he was only a co-author, even if the story was fantasy and not science fiction, even if it was a children’s book, even if I had read parts of it before in a short story titled “The Alchemist.”

But there you are. I gave up on it. I had it as an ebook on loan from the library. The expiration date came and since others were waiting I couldn’t renew, and it hit me I just wasn’t that interested in finishing it.

I’m not a fan of fantasy, no matter how much I love the author otherwise. I’m not a fan of recycled short stories I’ve read before, padded out to book length. When it comes to Paolo Bacigalupi’s adult and young adult science fiction, on the other hand, I’m one of his most dedicated readers. Please let me know when he writes the next one … I’ll be first in line.