You Can’t Read That! Banned Book Review: The Poisonwood Bible

Local pastors petitioned to have LGBTQ-themed books removed from a Banned Books Week display at the public library in Rumford, Maine. The library, backed by patrons and the Comic Book Legal Defense Fund, stood its ground.

Per the American Library Association, five of the top ten banned books in 2017 had LGBTQ content, a fact borne out in this short ALA video:

It’s another year, so it must be time for the annual obligatory op-ed declaring Banned Books Week a hoax. Yawn.

Retailer Target is removing words like “Nazi” and “queer” from descriptions of books for sale at its website, “ … to ensure a positive shopping experience.”

Censorship by omission: In West Virginia, the Morgan County public library announced it would not carry the new Bob Woodward book, “Fear: Trump in the White House.” “We have other Trump books,” the library’s director said, before the library board, alerted to her announcment by media reports, stepped in to reverse the decision.

The director of guidance at Burlington High School, Vermont, was being investigated for unprofessional conduct. Student journalists filed a public records request and published an article about the investigation on the school newspaper’s website. The next day the principal ordered them to take the article down, in apparent violation of the state’s “New Voices” law protecting student journalists’ First Amendment rights. Good news: the students prevailed.

Authors speak out on being banned.

Howard Zinn’s “A People’s History of the United States” has gone mainstream? Tell that to Heartland America, Slate Magazine!

The link in the following tweet, posted 9/28/18, is already dead, which leads me to believe Pennsylvania prison policy on books is still in flux. Dated 10/4/18, this appears to be current policy, bad enough but not as bad it initially appeared: 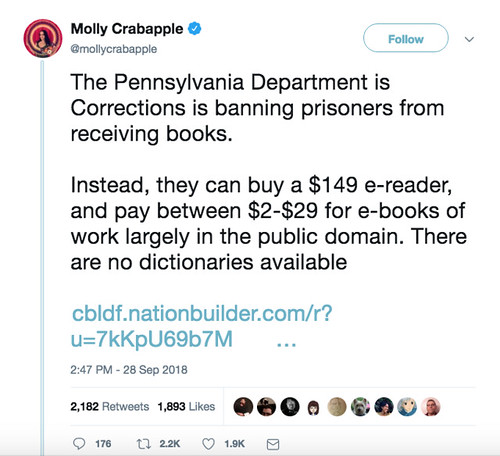 There is no censorship more odious than censorship based on stake taint.

If you think censorship based on stake taint is bad, wait’ll you read about censorship and book banning in Kuwait, where mermaids have to wear the hijab. 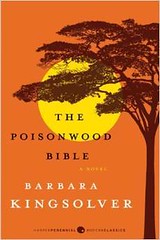