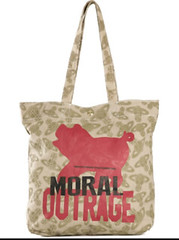 Up & at ’em. Shave, shower, walk the dog, give the blog a goose before grocery shopping with Donna. Tuesday morning I’m having a skin cancer removed from the end of my nose. The nurse at the dermatologist’s office says the procedure will probably include a skin graft, which means my entire head will be wrapped for eight days minimum. For the first few days of this miserable mummified existence Donna will be away at a sewing retreat, so I’ll be making my own meals and today’s grocery shopping expedition is mostly for me.

Oh by the way, if the dermatologist does have to graft skin over my nose, it’ll come from behind my ear, not my ass. Just wanted to make that clear, because I’m already hearing butt-hair-growing-out-of-your-nose jokes and they’re getting old fast.

Hashing friends from Honolulu are dropping by in a couple of weeks. Since Polly’s still in the guest bedroom, we’re putting them up at a friend’s mother-in-law house down the street. This morning I’m alerting other former Honolulu hashers in Tucson so we can do the pau hana thing one night. Of all our Air Force postings, Honolulu was hands down the best. I loved every day there.

With regard to the c-word, Samantha Bee should have known using it to describe a Trump family member would have immediate repercussions. I used the c-word on this blog several years ago and overnight lost a friend who had been a devoted reader. Of course I was talking about Sarah Palin, so my use of the word was entirely justified, but still. How many readers can a small-time blogger like me afford to alienate?

The back & forth on social media has been depressing, the more so because it’s so predictable. If Roseanne had to lose her show for making racist tweets, then Sam Bee has to lose hers for calling Ivanka Trump a c*nt. But Ted Nugent called Hillary one! Well, Hillary called us deplorables! Oh yeah? Just wait till the Apprentice tapes leak, with Trump spewing n-words and c-words. Und so weiter, et cetera, ad infinitum. I’d say it’s time for another break from Twitter and Facebook … if MSNBC and NPR weren’t just as bad!

Thank Zog for DVRs and streaming TV. We’re not binge watchers, but when the news is in a stupid cycle, as it is now, binging on The Americans on Veronica Mars is what gets us through. I expect I’ll be doing a lot of that next week while Donna’s off at her retreat.