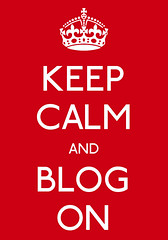 It’s time for a Paul’s Thing break—the memoir will still be there when I’m done.

Progress to date? I roughed out a longish chapter about joining the US Air Force in 1973 and my experiences in officer and flight training, sent it to a couple of friends for feedback and criticism, and am now outlining other chapters and an intro. It continues to be hard work (not that I expected it to be anything else).

Perhaps because I was in the USAF and spent some time in South Korea, friends sometimes ask if I know what we should do about North Korea. Hell, I don’t know, but like everyone else I’ve thought about it.

The best and least destructive option is of course diplomacy, but this is the real world and North Korea is a real threat, so any diplomacy has to be backed up by containment, sanctions, and the old Eisenhower doctrine known as MAD: mutually assured destruction. Which is essentially Trump’s “fire & fury,” with the exception that you don’t brandish the ultimate threat. I’m sure Kim Jong Un is well aware of our capabilities.

Meanwhile, I keep seeing statements like this, statements the media never seems to follow up on (emphasis mine):

“Thus far … no one in the administration can move Trump to start a war because he doesn’t want to have his Iraq,” the military analyst said, referring to the 2003 US invasion. “With Iran, they are looking at regime change but coming up empty. There are no good plans, no decapitation strikes possible, like in North Korea.”

Tell me more about that last sentence! I assume “decapitation strike” means targeted assassination of NK’s leadership; i.e., Kim Jong Un and other senior civil and military figures. I’d really like to know how that’s going to work. And by “work,” I mean successfully killing the targets without at the same time causing the deaths of up to a million civilians in Seoul (not to mention the thousands of US service members and their families living in and around South Korea’s capital city).

How can any self-respecting reporter let a statement like that go by without questioning it?

A pet peeve for the internet age: the news link double-tease. Here’s a screen grab of the Wonkette home page, taken this morning: 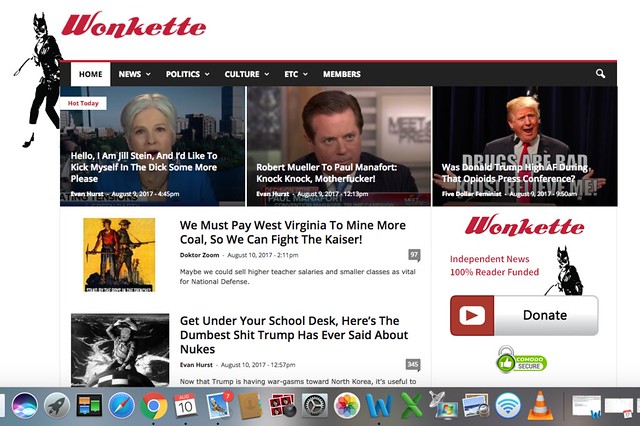 Maybe you’d like to read the story about the dumb things Trump has said about nuclear weapons. Here’s what you get when you click on it (and mind you, this isn’t a screen grab from a smart phone or tablet, it’s from a full-size desktop PC monitor): 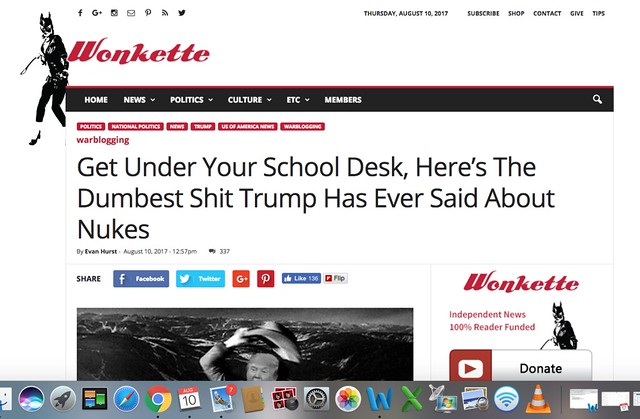 That’s what I mean by a double-tease. You don’t go straight to the story. You have to scroll down past the same headline, photo, and lede you’ve already read and digested. I know, from several years of working with HTML for my own websites and blogs, that you can anchor links wherever you want to anchor them. Why do they make us view everything twice? Why won’t they take us straight to the first line of the news item we want to read?

These modern problems: how vexing they are!

My friend and motorcycle maintenance guru Ed is back in the saddle, cleared to ride again by his eye doctor after recovering from surgery on a detached retina in his right eye. We took a short shakedown cruise Sunday morning, riding east to Benson and breakfast at the Horseshoe Cafe. 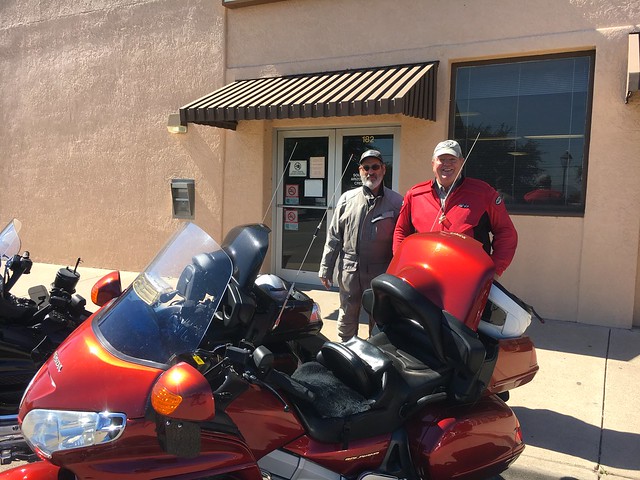 We’re already talking about a California run, north up the Coast Highway, south down the eastern side of the Sierras. No idea yet if I can even afford to go, but I’m excited already.

Now back to work.