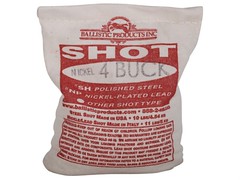 “I found much that was alarming about being a citizen during the tenures of Richard Nixon and George W. Bush. But, whatever I may have seen as their limitations of character or intellect, neither was anything like as humanly impoverished as Trump is: ignorant of government, of history, of science, of philosophy, of art, incapable of expressing or recognizing subtlety or nuance, destitute of all decency, and wielding a vocabulary of seventy-seven words that is better called Jerkish than English.” — Philip Roth in The New Yorker, Jan 30 2017

My people are conservative white Christians from Cape Girardeau, Missouri. On Facebook, one of them defended Trump’s Muslim ban with a link to an article downplaying the ban as no big deal. The article was from Breitbart, the white supremacist “alt-right” website lately run by Steve Bannon, currently serving as Trump’s chief White House strategist, a principal author of the Muslim ban.

Strategy being a key word here: you may have noticed a sudden flood of pro-Trump posts in your Facebook news feed, put there by right-wing acquaintances and relatives. This, it seems to me, is part of a strategy being played out on social media, where so many Americans now get their news. So too are links to disreputable sources like Breitbart or Alex Jones.

I commented to another friend that cons are now linking to Breitbart the way libs used to link to Snopes. Which is unfair to Snopes. Still, we libs were asking for it, posting bullshit from left-wing propaganda outlets like occupydemocrats.com during the lead-up to the election.

A friend, a foreign service officer serving in the State Department, posted this to Facebook today:

The disconnect: within my sphere (bubble) the past few days have been horrifying. Yet, NYTimes reports, “A large portion of the electorate is behind the president, saying that the promise of tougher policies was one of the main reasons they voted for him. A recent poll found that 48 percent of voters supported “suspending immigration from ‘terror prone’ regions”; 42 percent were against.”

I don’t think it’s possible to bridge the divide. Never has been. Our country, great as it is, is forever stained by slavery. The divide slavery created led to the Civil War. The divide persists today, almost as wide as it was then. How do you bridge it? What’s halfway between racism and not-racism?

But then there’s England, at one time a slave state. They outlawed it decades before we did, somehow managed not to have a civil war, and, unlike us, cleansed social and governmental institutions of state-sponsored racism. No doubt deep pockets of racial animus and other unbridgeable divides exist in British society, but they’re not threatening to tear the country apart. How did the British pull that off? And why can’t we?

Why can’t we, as these two have, take Rodney King’s plea to heart: “People, I just want to say, you know, can we all get along? Can we get along?” 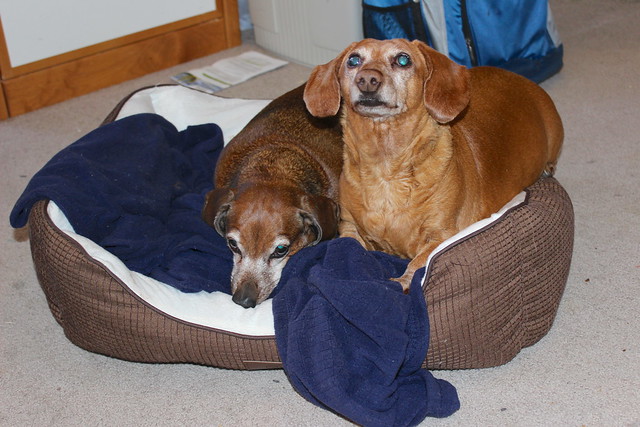 The doggies go to the vet tomorrow for their annual checkups, so I bathed them this morning. They frisked around afterward, as one does when one is feeling fresh and pretty, and now they’re resting companionably.

Tell you what, though, there’s no puppy photo cute enough to wash this from my eyes:

I wrote about storm relief money in my last post. The governors of Mississippi and Georgia had asked for disaster relief in the wake of tornados; the Trump administration was slow to respond but eventually did. And look at this venal fucker, caught red-handed with pockets full of storm relief money. Click on the image, read the story, and tell me this guy isn’t going to be Trump’s Supreme Court nominee.

Good lord. Well, at least there’s J.K. Rowling, who wrote a bit of snark on Twitter this morning that cheered me up again. Bless her! 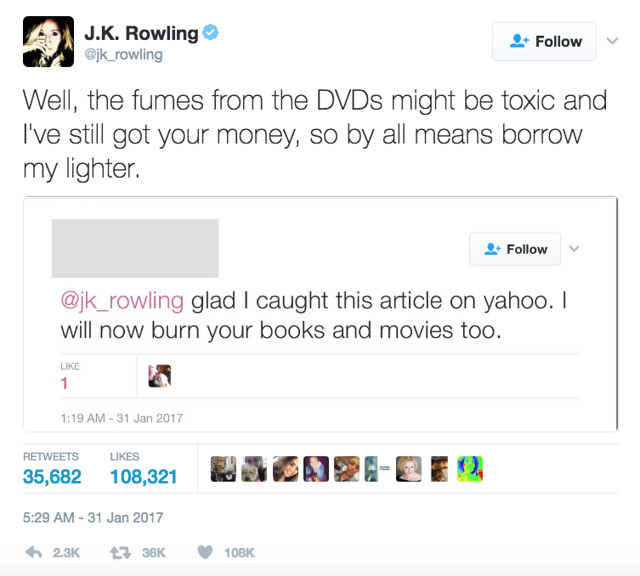