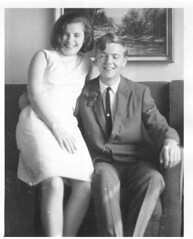 I woke up in bed with a woman I’ve been married to for 51 years. And I remembered to say “Happy anniversary” to her. Which is more than she said to me, but one of us can’t articulate words until she’s had her first cup of coffee, so that’s okay.

I think back on Donna’s courage in those early days. She was living pretty much on her own in Sacramento when we met, fellow students at American River Junior College. It was the first romance for both of us. A few months later my father, an Air Force officer, was posted to Wiesbaden, Germany, and along with the rest of our family I went. Donna and I were teenagers and our lives were just beginning. We assumed we’d never see one another again.

But Donna was soon to discover she was pregnant. She told me and I told my parents, still somewhat shell-shocked from marrying off my next-youngest sister in similar circumstances just a few months before. I asked Donna to come to Germany and marry me. She did it, all on her own, with no support from anyone. Imagine traveling that far from home to marry a young man you barely know, with no inkling of what might happen next or how you’re going to make ends meet. And how would my family receive her?

Would I have had the courage to do that? I don’t know. 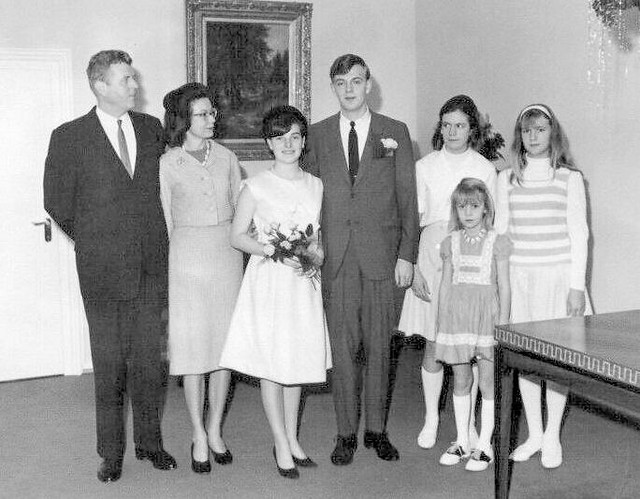 My family loved Donna from the minute she stepped off the plane in Frankfurt. They gave us plenty of support as we started on our lives together. I worked at the Wiesbaden base exchange, and after Gregory was born Donna got a job there too. We rented a little apartment and commuted to work by bus, occasionally borrowing my mom and dad’s old VW for trips up and down the Rhein River. We saved our money and two years later had enough to fly back to the States, buy a car, and make our way to Sacramento to start a life that would wind up who knows where. It all worked out, but who knew that at the time?

Donna had courage enough for the both of us. I can’t imagine life without her, and for what it’s worth, I never think about what life might have been like if we hadn’t married. I love her.