Is That a Teratoma in Your Pocket, or Are You Glad to See Me? 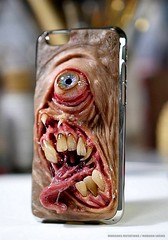 How do you like my new eyePhone? Grotesque, no? It makes me think of teratomas, those legendary tumor-like growths that contain hair, teeth, and bones (sometimes even eyes).

I don’t have a valid reason for showing you this photo other than to disturb your dreams. You can thank me later.

I write book reviews and post them to this blog, Daily Kos, and Goodreads. Because of this, publishers sometimes offer to send me pre-publication books in exchange for reviews.

I’m reading one such now, the Ada Palmer science fiction novel you see on the left sidebar. I’m a few chapters in and struggling with the author’s use of neutered and gendered pronouns. In Palmer’s future world the inhabitants use generic or neutral pronouns (them/their) to refer to one another in formal speech. They only use gendered pronouns (he/she) in informal speech, intimate settings, and their own inner thoughts … but sometimes not even then, and there are characters I still can’t identify as male or female. The concept rings false, and moreover is terribly confusing.

The narrator, Mycroft, is inconsistent in (to use Ada Palmer pronouns) their use of pronouns: sometimes referring to characters with neutered pronouns but in an aside identifying them as male or female, never identifying other characters’ genders at all, and at the end of one chapter actually using he/him for a person they then identify as female. Grrr.

I have a hard time believing we will ever be able to strip sex and gender away from the way we think of one another. When I see another person, the first thing that registers is that person’s gender. If I’m reading about someone, consciously or unconsciously the first thing I want to know is whether I’m reading about a man or a woman. Gendered pronouns are natural; neutered pronouns are artificial. Maybe I’ve become ossified in my thinking, but in all of human history have we ever used neutered pronouns to refer to one another? Have we ever been able to strip gender away from identity? Today, there’s a push to get away from gendered pronouns, but it’s not catching on, and we haven’t figured out a way to do it that’s grammatical (sorry, but “your child isn’t doing their homework” is never going to sound right, not matter how many style guides say it’s okay). 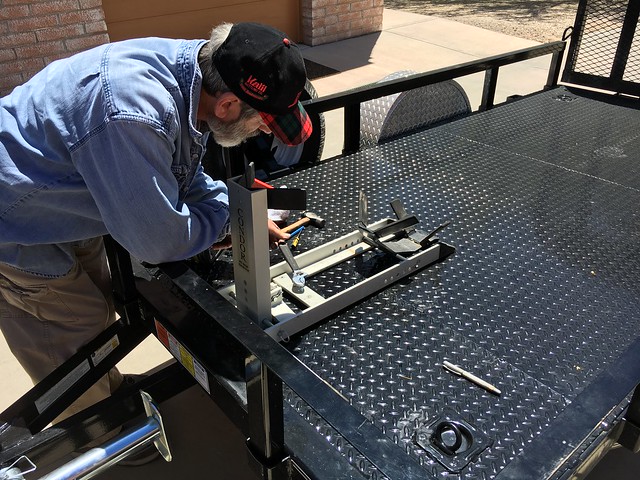 Everyone is still talking about that stupid restroom law in North Carolina. I figure if a transgendered man is in the next stall I’d never know anyway. I assume it would be the same for women. Hmm … I wonder whether men and women use the same facilities in the future world I’m reading about now, the one I talked about earlier. Haven’t gotten far enough into the book to be able to answer that question.

What I hate in the here and now is when dads bring small boys into public restrooms. They stare and point and speak things that must not be spoken: Daddy, is that man going to make number two? If I walk into a public restroom and small boys are in there I walk right back out and go look for another place to pee. If I’m already at the urinal when they walk in, forget it, I’m done whether my bladder is still full or not.

As for sex, can you imagine a less sexy place for it than a public restroom? Like they say, these restroom laws aren’t really about restrooms.

I just remembered a story. My F-15 squadron in Alaska was housed on the second floor of a two-story building. Flying fighters was exclusively male in those days and we had just one restroom on our floor, a men’s room. The two women in our squadron, our admin specialist and our intel officer, went downstairs where there were two restrooms, one for men and one for women.

Once a year we invited our wives to the squadron for briefings, parachute harness and helmet fittings, taxi rides in the back of one of our two-seaters, and a party afterward. On that day we covered the sign on the men’s room door with one that said “women,” and the guys had to go downstairs. Except for a young lieutenant named John L_____, who had to take a dump and without thinking went into the upstairs restroom to do it. When he entered the restroom was empty, so he didn’t notice anything out of the ordinary. But as he was doing the necessary in his stall someone entered the next stall, and when he glanced at the floor he saw high-heeled shoes. He pulled his feet up and sat still and quietly until she finished and left, then snuck out of the restroom himself.

No harm, no foul? It would have been, but he foolishly told his squadron mates about his close call. I can’t remember what his tactical call sign was before, but he was forever afterward known as Peeper.

3 thoughts on “Is That a Teratoma in Your Pocket, or Are You Glad to See Me?”