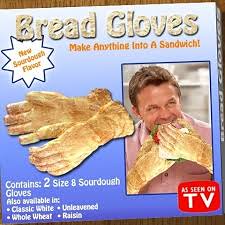 Look, I don’t have to explain myself or justify my choices, so save your “I quit watching that after the first episode” cracks for someone who’ll be impressed by your brilliance and discretion, all right? I will admit, however, that I’ve fallen into some lazy habits when it comes to watching TV, because I’ve been watching The Strain, Extant, and Under the Dome.

I enjoyed the first book of Guillermo del Toro’s The Strain trilogy but found the second one so full of illogical non-sequiturs I struggled to finish it. I never got around to reading the third. My reaction to the TV series has been about the same. We’re in season two now, with one or two episodes to go, and I no longer care very much what happens (although I’m still DVR’ing it and will probably stay with it through the season finale). You want a good vampire story? Go read Bram Stoker’s Dracula. I don’t know if there’s a faithful movie or TV version of that, but if you tell me there is, I’ll watch it.

The TV series Extant, with Halle Berry as half-alien astronaut Molly Wood, hasn’t been half bad. I’m glad the director killed off Molly’s unlikable, wooden husband John (played by Goran Visnjic) and replaced him with a more raffish and lively character named JD (Jeffrey Dean Morgan). My only quibble is that humanics shouldn’t be spelled humanichs, because when you see it in print it looks like something you’d cough up. I caught up with the season two finale last night and plan to be there for season three if the series is renewed.

Why am I still watching Under the Dome? That is truly a question for the ages. Early in season one the storyline veered away from the novel by Stephen King; by now there’s no resemblance at all. As far as I can tell, new episodes are written over three-martini lunches on the day they are to air, containing curveball after curveball, making it impossible to guess where the story might go next. And yet I watched every episode, up to and including the season three finale, which promised a fourth season to come. If the series is renewed, I’ll probably give it a pass.

What else? In a week or two I’ll start taping Trevor Noah’s The Daily Show, just to see how he does. I haven’t been recording Larry Wilmore’s The Nightly Show, but I do watch it when I’m up late.

MSNBC has gone full corporate, to the point where I wonder if Chris Hayes and Rachel Maddow any longer have editorial control over their nightly news hours. I’m pretty sure Chris has been forced into all-Trump-all-the-time mode by his overlords, but when it comes to Rachel, I’m beginning to suspect her heart’s always been in the minutia of presidential election horse races, because that’s almost all she reports on any more, and she genuinely seems to love her some Trump. Last night Chris Hayes cut away to a Donald Trump speech in Dallas, airing it in its entirety, labeling it “breaking news.” Yes, breaking news. What, you don’t believe me? 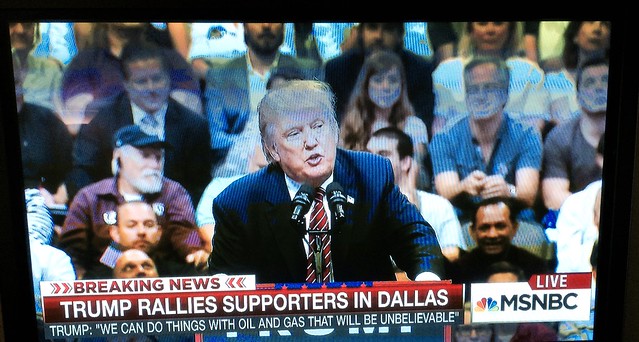 Breaking news would be Donald Trump dropping trou at the next debate and mooning the other GOP candidates. Fuck you, MSNBC.

Which brings me to Stephen Colbert and The Late Show. The first episodes were to air during our recent road trip, so I asked Polly, who stayed home to house-sit, to tape them. I watched the first two when I got home. Then I deleted the others and canceled the series recording. It’s not that I’ve turned against Stephen Colbert, as I turned against Jon Stewart, it’s that he’s now hosting just another look-alike late-night talk show with the obligatory opening monolog, glitzy band, and celebrity guests.

The “real Stephen,” it turns out, is very like the Stephen who parodied Bill O’Reilly on his old show, no longer in character but still witty, insightful, and clever. He’ll probably carry the new gig off because his stage presence is so large, but he’s stuck with this sacred cow of a network talk show format. I hate to see him locked into being just like every other late night talk show host.

I don’t tape Last Week Tonight with John Oliver, because HBO tapes it for me. I watch the show, not on a regular schedule but when I get around to it. What John Oliver is doing so successfully — satirizing the news and highlighting important issues that are being ignored by everyone else — is what I wish Stephen Colbert would do, not as a character but as himself, possibly in an hour-long format, not the half-hour he had before. And boy would I love to see him as a moderator at one of the presidential candidate debates!

Wow! My IQ has dropped 20 points in the course of writing this post. That’s what watching TV — or even writing about it — will do to you.