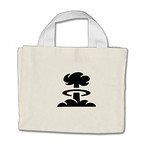 It’s been extremely hot in southern Arizona. Every day we hear about electric power outages in different sections of Tucson. Are these intentional rolling blackouts? Sure looks like it. So far no power interruptions in our hood, but since our air conditioner crapped out last week and we had to spend a night and a day in an oven-like house before it was repaired, we feel we’ve paid our dues and won’t feel guilty if the rolling blackouts pass us over.

Along with the heat comes summer monsoon humidity pushed up from Mexico and the Sea of Cortez. This reduces the temperature a few degrees but makes being outdoors seem even hotter. Suddenly, it’s no longer a dry heat. I spent a full day at the air museum yesterday conducting walking and tram tours. I think as long as I stay hydrated and avoid actual outdoor work (driving a tram doesn’t count), I’ll survive even this record-setting summer.

I came home from the museum to find two drowned ground squirrels in the pool. Schatzi used to kill them, but she’s no longer quick enough to chase them down. Instead she harries them until they jump into the pool to escape. At least I think it’s Schatzi. It could be the auxiliary dog, Maxie, though I’ve never seen that one express much interest in varmints.

We’re moving money from our financial management account to our checking account to pay for the new truck. In this era of instant electronic credit and debit transfers, having to wait three or four days for money to move from one financial institution to another feels downright anachronistic.

In anticipation of the new truck, I sold our light utility trailer and started surfing Craigslist for a larger one. I didn’t think Donna cared about macho truck stuff, but she said our little trailer with it’s sissy twelve-inch wheels would look silly behind our big new truck, and that we needed to get one with fifteen-inch wheels. Thank you, babe … big wheels oorah! In case you’re wondering why a retired couple needs a trailer in the first place, it’s to haul the motorcycle on cross-country trips. It offends the motorcycle purist in me, but it’s nice to cross the flat desert in air-conditioned comfort with the motorcycle in tow, then break out the bike when we get to the mountains or the coast. Best of both worlds, etc.

Okay, enough personal news. On to something more explosive:

The Navy reportedly wants to add nuclear bomb-carrying capability to its version of the F-35 fighter, the F-35C. The weapon mentioned in the linked article is the B-61 gravity nuclear bomb, designed in the 1960s and long out of production. For some reason this disturbs me.

When I grew up in the 1950s and 60s, I knew some Air Force fighters could carry nuclear weapons. I had the impression it was the exception rather than the rule, probably because nuclear capability was only mentioned in connection with certain fighter/bombers like the F-84 Thunderstreak.

Since I began volunteering at an air museum and writing about the historical jets on display there, I’ve learned nuclear capability is the rule, not the exception. Almost all USAF fighter/bombers from the early 1950s on have been capable of carrying nuclear weapons; Navy fighter/attack jets too.

In the 1950s, with the advent of nuclear deterrence and the doctrine of mutual assured destruction, each military service tried to carve out its own nuclear niche; that’s where the sweet, sweet budget money was. The Air Force and Navy emerged the victors: the two services have a lock on the nation’s strategic “nuclear triad,” the combination of long-range bombers and land- and submarine-based intercontinental ballistic missiles. The Air Force and Navy have a near-monopoly on tactical nuclear weapons as well; i.e., the kind that can be delivered by fighter/bombers.

During the 1950s the Army tried to get its foot in the door with nuclear artillery shells, but as far as I know that program is long dead. My guess is that today, the Army and Marines have only small nuclear weapons programs, most likely a role in delivering “suitcase nukes.”

We kind of quit hearing about nuclear weapons programs after the demise of the Soviet Union, but I have a feeling we’re going to start hearing more on the subject as we enter a new cold war with China and the remnants of the Soviet Union. Sadly, that’s one genie that’s never going to go back into its bottle.