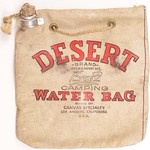 It was pitch black when I got up to pee this morning. Good, I thought, I can crawl back into bed for a while. But it turned out I’d already had my sleep-in: the bathroom clock radio said 6:45, 15 minutes later than I normally wake up. Damn it, shouldn’t the days be getting longer again by now?

Now that it’s lighter outside, I see why it was so dark: we’re socked in. It’s raining steadily, which is always good, but the weather might affect tomorrow’s car show in Tubac, a resort community south of Tucson. I’m planning to ride down on the motorcycle, but won’t be surprised if they reschedule at the last minute. The show’s on a golf course, which would suffer a lot of damage if the ground gets soaked and becomes soft. The show’s been postponed in past years, but it must be hard on those who come a long way to display their cars. As of now, the car show is still on.

My Facebook news feed has been calm lately. Maybe too calm. I could liven it up by re-friending some of the racist right-wing nut jobs I dropped last year, but maybe it’s best to leave things as they are and avoid the aggravation. I didn’t de-friend them all, so between Facebook and Twitter I still get the occasional glimpse into their spitefully angry alternate universe, and if I ever need a real jolt of rage, there’s always the Honda Goldwing forum.

We’re happy to once again be getting regular doses of Downton Abbey, Justified, and The Americans. I wish there was more programming like that … honestly, I don’t know how people can watch regular network TV shows at all these days, The Blacklist excepted. I’m enjoying the SyFy remake of 12 Monkeys, too, but I have to watch it by myself … not Donna’s thing at all. And thank goodness for streaming TV, although I’m beginning to notice some problems with Amazon Prime. Could it be that Comcast is throttling the Amazon stream, like they did Netflix a year ago? Surely they wouldn’t do that (surely they would).

Which reminds me: the FCC decision on net neutrality is coming up. Something to keep an eye out for … if the news even bothers to cover it, that is.

Sequel to Stieg Larsson’s Dragon Tattoo Trilogy Coming in August. I read the linked Time article with a degree of skepticism, because the last I heard Larsson’s girlfriend still had the laptop containing the unfinished fourth novel, along with notes for a few others, and I hadn’t heard she’d given the rights to anyone. But the article contained this paragraph:

The unfinished manuscript left after Larsson’s death in 2004, That Which Does Not Kill, was completed by Swedish journalist and author David Lagercrantz, the Guardian reports.

Pretty cut & dried, no? Unless I’ve suffered a minor stroke and no longer understand written English, Time is saying the new writer completed Larsson’s unfinished MS. Now I don’t know about you, but I’m pretty cranked about the possibility of reading another Lisbeth Salander novel, so I posted the link on Facebook.

A Norwegian friend responded, saying not so fast, the new writer’s actually working from scratch, Larsson’s girlfriend still has all the original stuff. Well, shit. I read the Time article again, which still contains the paragraph I quoted above, but this time I also clicked the link to the original article in the Guardian.

Which does not say the new author is finishing Larsson’s unfinished MS. It doesn’t say that at all. All it says is that the new writer is trying to be loyal to Larsson’s writing style. The Guardian says nothing about the unfinished MS, nor does it mention the ongoing dispute over the writing Larsson left behind upon his death. That means the new book will be, basically, fan fiction. Larsson’s actual MS and notes are still in limbo. I wonder if we’ll ever get to read the rest of Lisbeth’s story the way Stieg Larsson intended to write it?

It’s noon now, still raining, still no updates on the Tubac car show website. I think I’ll call the Vietnamese restaurant and order takeout pho, then pass the rest of the afternoon with a good book. Take care and stay dry, my friends!