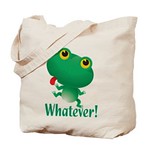 I don’t know how long outdoor grills are supposed to last, but we’ve retired one charcoal kettle grill and one gas grill since moving into this house in 1998, and are some years into our second set. The charcoal grill, a Weber, is holding up well, but the gas grill, also a Weber, is giving up the ghost: I went out yesterday morning to fry some bacon on the side burner only to find the burner control stuck in the off position, and no amount of jiggling will free it up.

I looked online for a replacement burner control but couldn’t find one, even at the Weber parts site. There’s a store in town that stocks parts for charcoal and gas grills and I’ll swing by later today.

We use the side burner for things like bacon and fish, mostly to keep from stinking up the house. Our first gas grill didn’t have a side burner; now we have one we can’t imagine being without it.

Donna knows how I think, and she’s justifiably worried I’m not going to be happy until I buy a new gas grill. Right she is to worry, because I’ve already picked one out. Ain’t she a beaut? 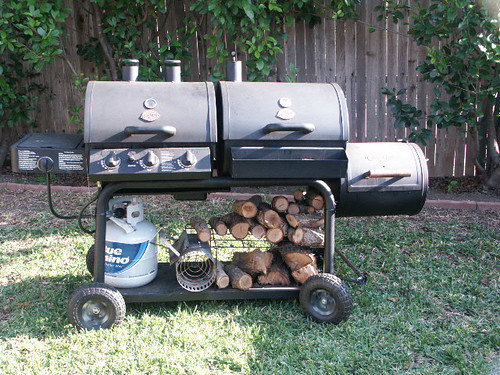 Propane and charcoal, side burner and smoker box. They stock ’em at Lowe’s—if the parts store doesn’t have what I need, I’ll stop by to look at one of these.

If we wind up adopting a combo grill (doesn’t it look like it needs a forever home?), I’ll have to store the current charcoal and gas grills on the far side of the house along with the first gas grill, which we still have—we repaired it years ago and have been hanging onto it for our daughter. I also have my old Fortress of Smoke™, a Weber bullet smoker, and that would join the other retired units. Next time there’s a neighborhood garage sale, we can wheel all three units out to the driveway. Someone’ll take them off our hands, I’m certain.

It’s a quiet Friday for me. Donna’s at work, so I suppose I’d better come up with a dinner plan. Earlier this week we came up short at dinnertime: Donna thought I was cooking and I thought she was, so there was no plan. I popped two big potatoes in the oven, chopped up some scallions and fried a little bacon, and we had stuffed baked potatoes for dinner. They were actually pretty great. Note to self: always keep a couple of potatoes and some sour cream on hand.

Last night while we were watching TV, Donna and the two dogs on the couch, me next to them in my chair, a huge crack of lightning hit just out back. All four of us jerked upright, then looked at one another to make sure we were all okay. We are all one, aren’t we? I bet if the cat had been there with us she’d have done the same thing … well, maybe not the checking to see if everyone else was okay part.

Speaking of TV, Rachel Maddow was on a tear last night, describing former Virginia Governor Bob McDonnell’s contemptible behavior in court. I swear, these Christian “family values” politicians are charlatans through and through … if they thought it’d save their skins they’d throw Jesus himself under the bus. Never trust anyone who claims to be morally superior to you.

Speaking of morally superior Christian family values: earlier this month the USAF discharged an airman who refused to say “so help me God” when he took the reenlistment oath. This is shocking to me, a real step backwards, totally unconstitutional, and I’m astounded the evangelical wing of US Air Force leadership thinks it can get away with shit like this.

“So help me God” was not part of the oath until 1960, when it was added by Congress. USAF regulations, from 1960 until some time last year, exempted non-believers or adherents of non-Christian religions from having to say or sign that part of the oath, but in 2013 the exemption mysteriously disappeared from the books, and now the USAF claims it is mandatory. I don’t see how this could possibly hold up in court, but challenging it is going to take some time and meanwhile non-believing service members are out of luck. What are they supposed to do, cross their fingers behind their backs when they take the oath? Bullshit.

Time to go shopping for grill parts, before this post goes completely off the rails. Have a great weekend, everyone!