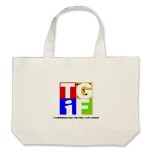 God, have I been neglecting the blog lately!  Of course if I don’t blog every day I feel neglectful … that Puritan streak of mine is a mile wide.

No theme today; just a bag full of miscellaneous thoughts.

One of my sisters is mad at me for picking on Missouri.  Well, I pick on Arizona too.  And Tennessee, and pretty much all the red states.

There are Chik-Fil-A franchises in almost every state, and I’m told many of them had long lines of customers on Chik-Fil-A Appreciation Day.  People seem to think Mike Huckabee a likable character; I think he’s a bigoted asshole.  Ditto all the other commentators and hosts on Fox News, who did their best to fan homophobic flames.  As someone on a more widely-read blog than mine said yesterday (I’m paraphrasing): if Mike Huckabee and Fox News had been around to whip up the mob back in 1960, there’d have been long lines at every Woolworth lunch counter too.

Last year, when Arizona passed its “show us your papers” law, right wingers around the country pledged to support my racial-profilin’ state by spending their vacation dollars here.  Naturally only a few actually showed up, and they left pretty quick once they realized white Anglo-Saxons are a minority here — kinda like Sarah Palin dropping out of Hawaii Pacific University, where “the presence of so many Asians and Pacific Islanders made her uncomfortable.” I would have said our visitors “left pretty quick when they saw the place is full of Mexicans,” but someone would have taken that the wrong way.  Probably my sister!  Probably all of my sisters!  Probably you too!  What I mean is that over half of Arizona’s population is of Latino heritage, and a bunch of them speak Spanish.  And all these Arizonans … with very few exceptions … are American citizens.  I hope they’re all planning to vote this November, now that they know what the white Anglo-Saxons in the Arizona state legislature and governor’s mansion think of them.

Who else can I alienate this morning?  How about old people?  Yeah, why the hell not?  Last night the air museum held an appreciation dinner for the volunteers, and Donna and I decided to go.  Driving down, I warned her it would be an older crowd.   She reminded me that we’re old too.  I said, “No, really old.”  Driving home afterward, Donna said something to me I haven’t heard in 46 years of married life: “You were right.”  You’d think I would have slept the sleep of the righteous after that, but I tossed and turned all night.  She’ll make me pay for that, I know.

Donna hired the IT guy who works on the gun shop’s computers to come over yesterday and help us get our combination of Macs and PCs networked.  I hadn’t been able to crack the code on my own and was getting frustrated.  Why was it so hard to do?  A big part of the problem, it turned out, was the circa-1997 Windows XP operating system on Donna’s desktop and laptop, which doesn’t want to work with the new operating system (Sea Lion?  Walrus?  Periwinkle?) on my iMac.  It took all morning — and left us both with pounding headaches — but he was able to jerry-rig a complicated work-around and now our mismatched computers talk grudgingly to one another.  He also helped me figure out what we need to do to strengthen our home wifi signal and set up streaming video on the family room TV, so in spite of the pain it was a productive morning.  Hey, there’s always aspirin.

Speaking of aspirin, I’m seeing ads now explaining that aspirin is for pain and headaches, not just for preventing heart attacks.  Aspirin, if I remember correctly, was the original wonder drug, first touted for pain and headache relief.  It was the advertising industry that taught the public aspirin was for something else (probably so that they could market their Tylenols and Aleves), and now they’re trying to re-educate us.

Wrapping up, here’s the first sentence of a email message I didn’t finish reading:

July is about to go the way of the “dinosaur”.