At last, Ditilani and I have a new gas grill, a big black Weber patriotically made in America, and what better way to break in our new American grill than a couple of big bloody American steaks? Here are some photos and notes on our new grill’s shakedown cruise: 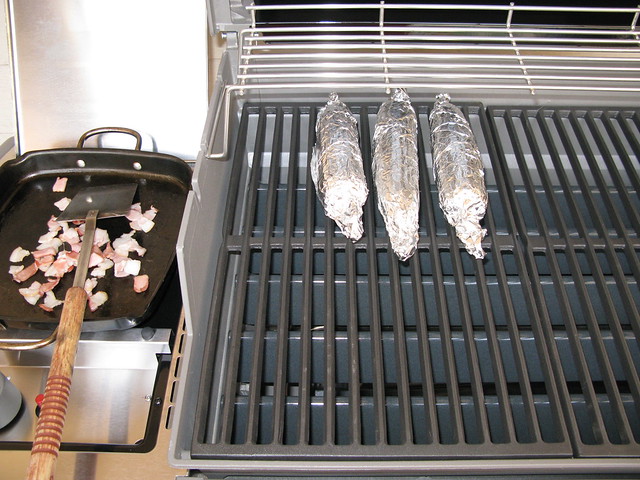 To accompany our steaks, we decided on white corn on the cob and green beans with bacon & garlic.  In this photo, I ‘ve just put the corn on the grill (all three burners set to low) and have started the bacon on the side burner (set to low).

Alas, the side burner proved too hot (it’ll be perfect for blackened redfish, though!), so Ditalini finished off the green beans on the kitchen stove.

The corn, wrapped in foil, took about 20 minutes on low with the grill cover closed.  I opened the cover once halfway through to turn the ears over. 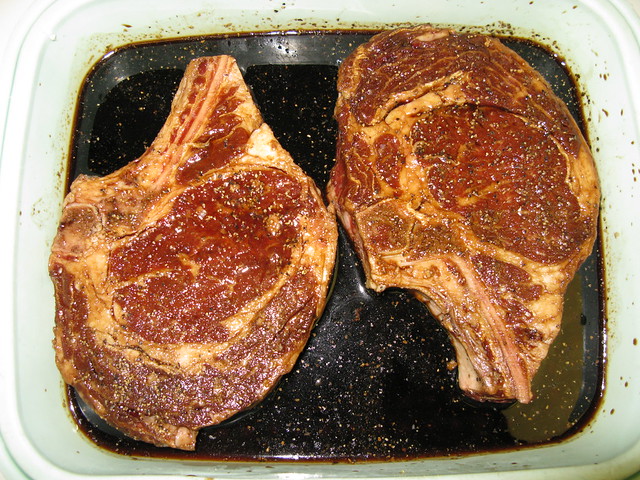 Earlier in the afternoon, I prepared the steaks by marinating them in Aloha Barbecue Sauce, liberally sprinkled with garlic powder and ground black pepper.  Two hours in the marinade is about right. 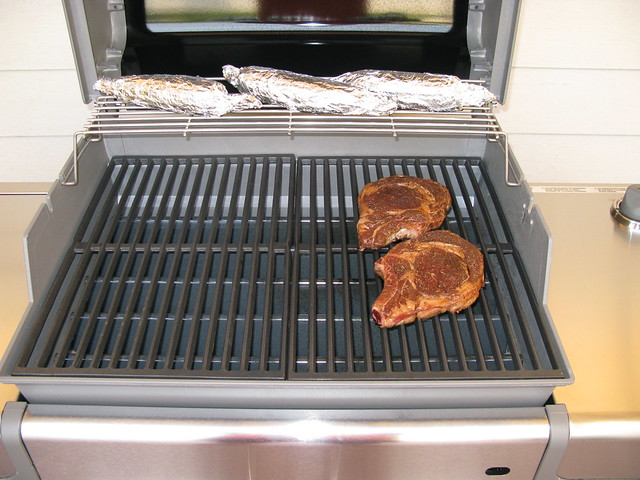 As soon as the corn was done I took it inside, leaving the ears wrapped in foil to stay hot.  I put the steaks on the grill, turning all three burners up to medium and closing the grill cover.  After five minutes I opened the cover and flipped the steaks, then gave them another five minutes.  The steaks turned out medium rare and melt-in-your-mouth tender. 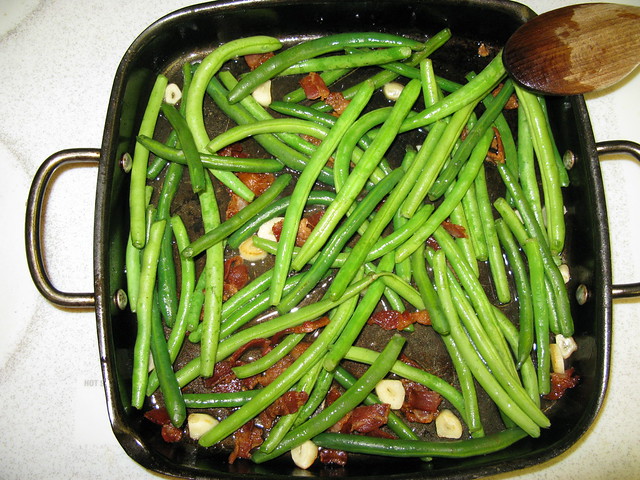 Our goal is to prepare entire meals using only the grill.  Perhaps the secret of grilling veggies with the new Weber will be to do them on the grill rather than the side burner, and with only one or two grill burners lit.  We’ll experiment, and over time crack the code.