When we planned our August culinary trail, we decided on salad Niçoise and cold soups, appropriate to a hot summer in the Southwest (gazpacho, Vichyssoise, cold ramen, and so on). The menu evolved as the date approached, but in the end we stayed pretty close to trail: our dinner last night started with French onion soup (hot, of course), gazpacho, and a light dessert of grilled pineapple slices topped with Mascarpone cheese and drizzled with port wine. And it was all fabulous. Here’s the photographic evidence: 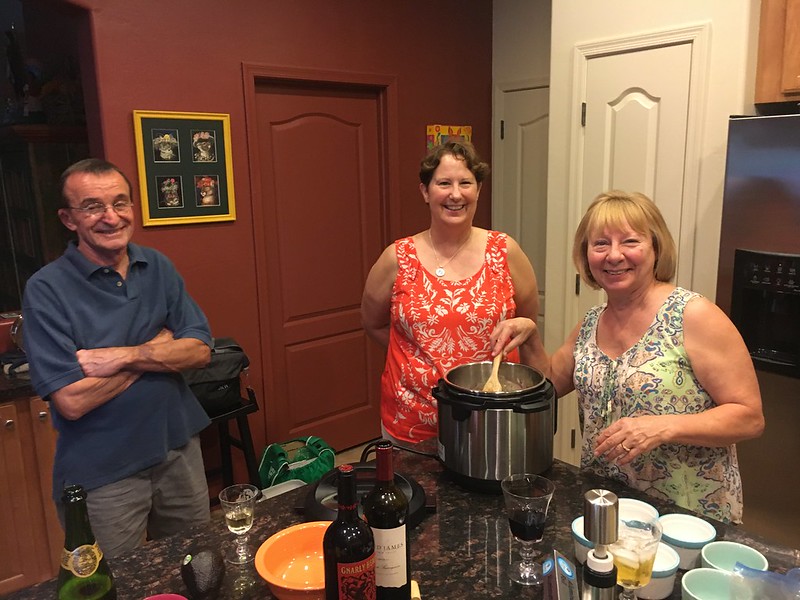 Anitra took charge of preparing the French onion soup with the assistance of Magret and Hercules. Since she didn’t want to cook all day beforehand, she brought along an Instant Pot, which, once the onions were sliced, made quick work of the soup. 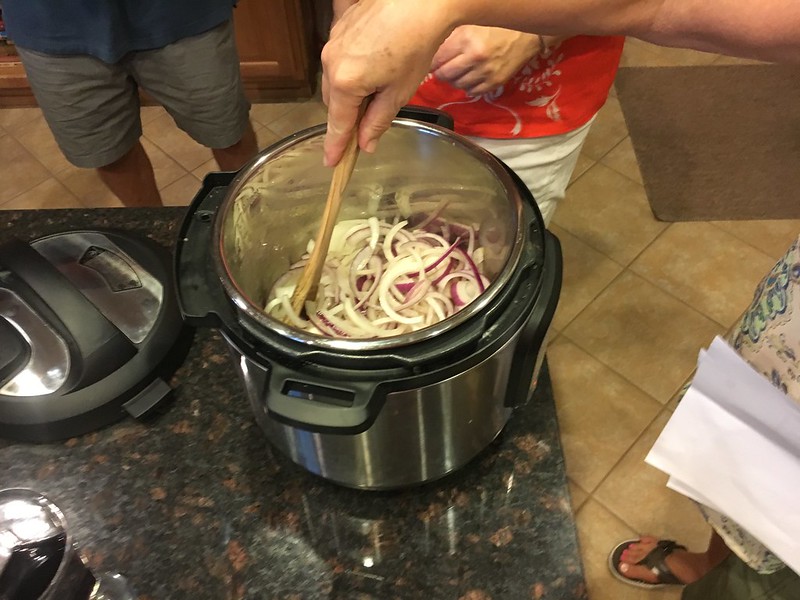 Onions in the Instant Pot

Ditalini prepared the gazpacho at home beforehand, with the able assistance of daughter Escargot. There are two pitchers of gazpacho in the photo, one slightly spicier than the other. It was a draw which one everyone liked more. 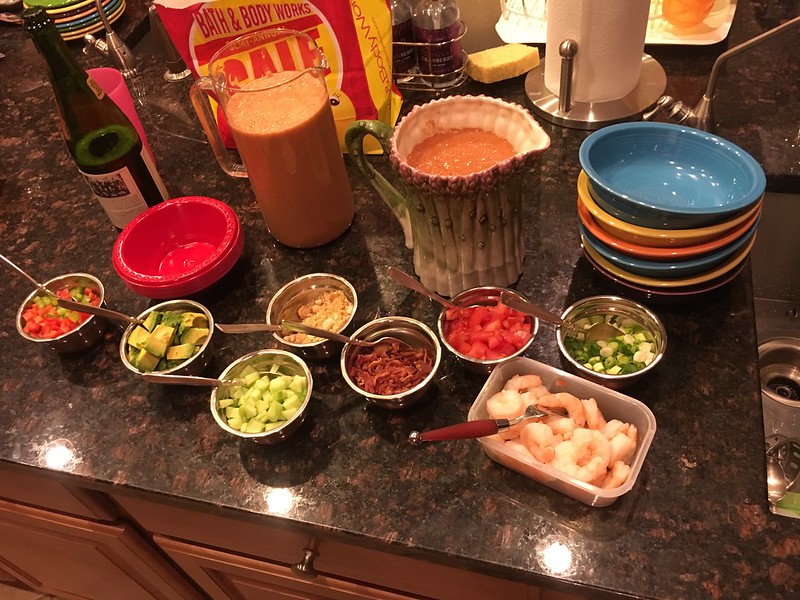 Magret’s contribution was dessert. Manzo, Hercules, and Crouton attended to the grilling. 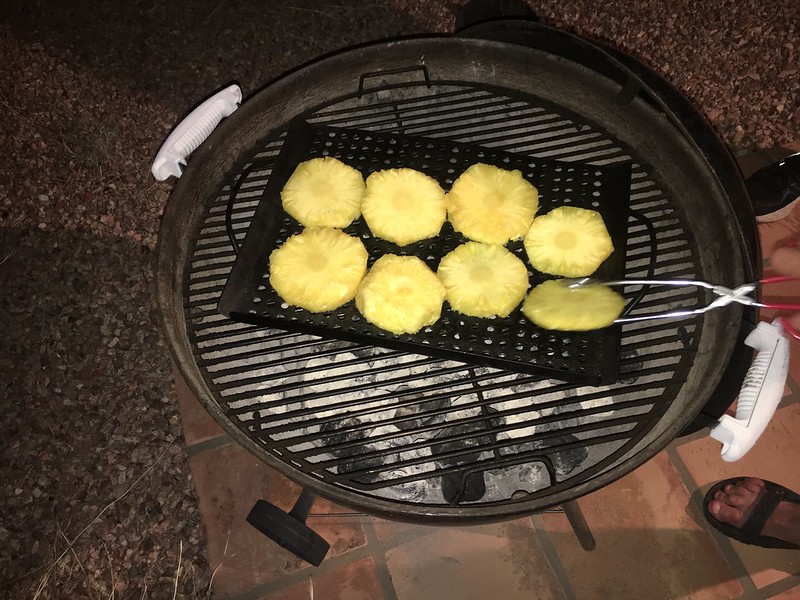 Trail began with the French onion soup, and thanks to Magret here’s a photo of us about to head on-out. 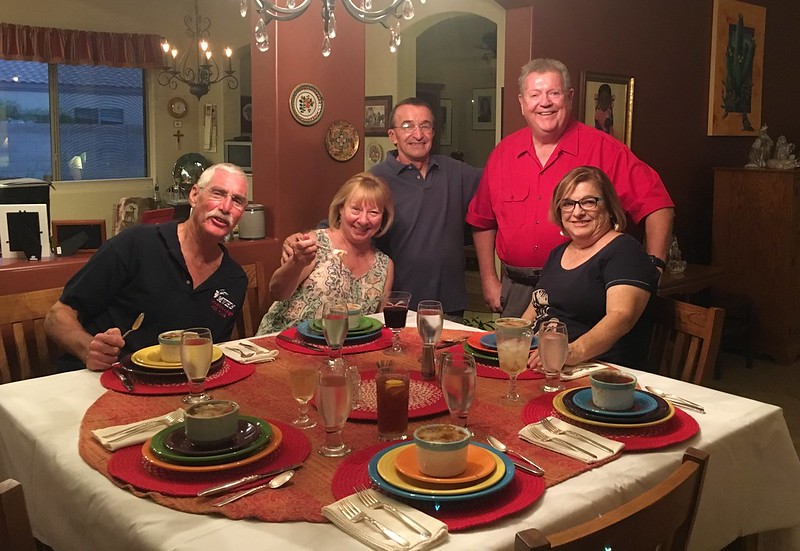 We took our time with each course, with much talking and sharing of stories, and halfway through the gazpacho we all realized we were getting full. Good thing we skipped the salad Niçoise … no way we’d have even made it to the gazpacho course. Fortunately, Magret’s grilled pineapple dessert was light, and we managed to finish trail by 10 PM.

Thus, Rule #10: less is more (or in other words: a light repast, in the right company, is as filling as a heavy one).

The next On-On Gourmet hash will be in October, with trail starting and ending at Magret’s house. Since she’ll have just returned from vacation in Lisbon, we’re marking trail in accordance with Portuguese hash tradition.