The On On Gourmet Hash House Harriers met last night at one of Magret de Canard’s many casas to prepare and consume Portuguese food. Magret prepped and cooked the main dish, Bacalhau a Gomes de Sa, salt cod with onions and potatoes. Crouton deMenthe chopped cabbage, kale, and spinach for the caldo verde (green soup with linguica). Ditalini deMenthe and Anitra Spezzatino made an apple crisp desert. Assisting throughout preparation with slicing, dicing, and chopping were Hermana Gazpacho, Manzo Spezzatino, and Giacomo “Hercules” Mandriano. 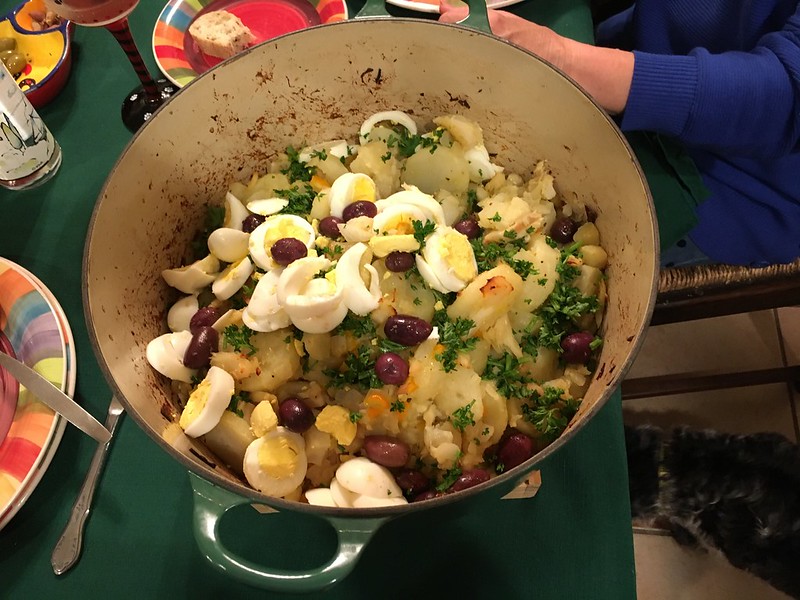 Bacalhau a Gomes de Sa
Bread, cheese, olives, and lots of wine kept us happy during preparation and cooking, along with plenty of conversation and catching up (the last On On Gourmet cooking hash was way back in August, and some of us hadn’t seen each other since). 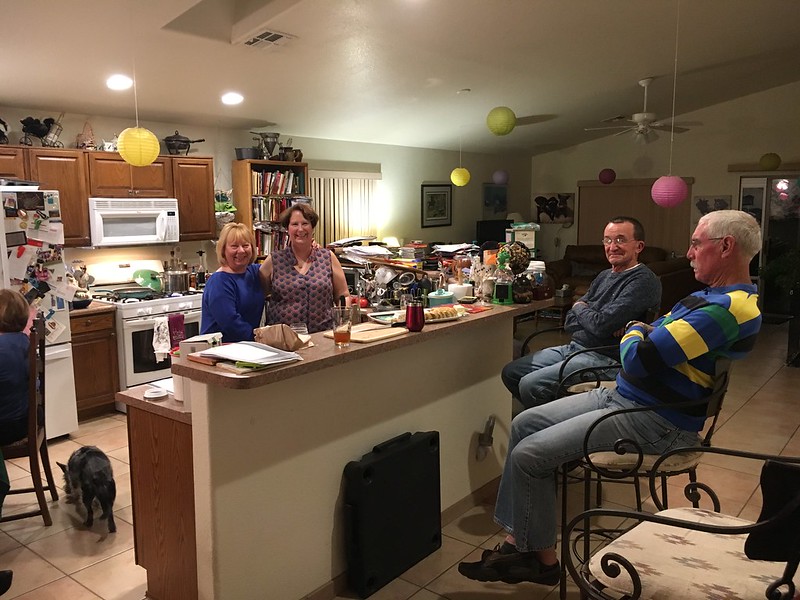 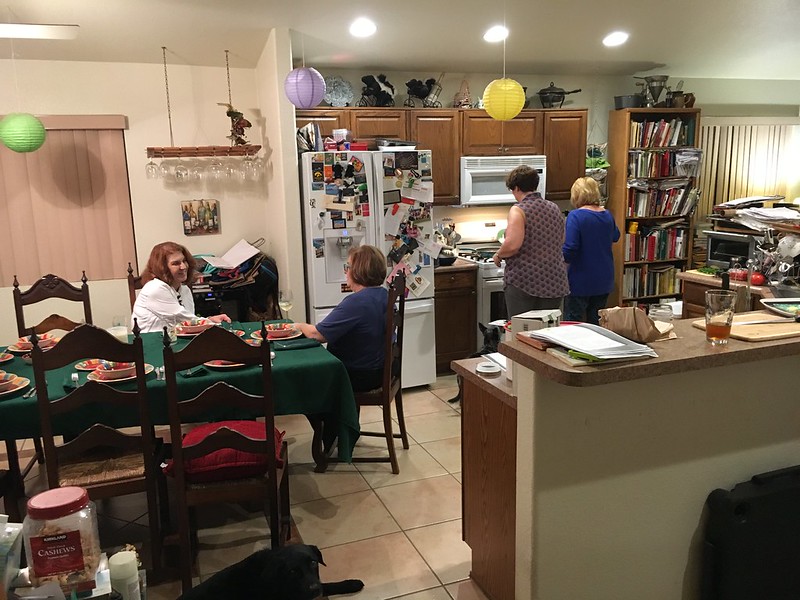 L to R: Hermana, Ditalini, Magret, Anitra
The Portuguese theme was the inspiration of Magret, who grew up with that nation’s cuisine, and everyone enjoyed the dinner. During preparation, Magret wound up throwing most of the recipes into the air and using her memories instead, and the consensus is she pulled it off.

The eleventh rule of cooking club is the result of a brief but heated discussion on the topic of why Donald Trump didn’t ask Congress for the money to build his wall during the two years he had Republican majorities in both the House and Senate, and was laid down in a most vehement manner by Giacomo, who provided additional persuasion via a threat to turn the entire pot of hot Bacalhau a Gomes de Sa over our heads). It is a fine rule indeed: it’s Paul Ryan’s fault, that vaguely Portuguese ass looking bastard.

Our next cooking hash will be at Hermana Gazpacho’s. Fancying a nice poutine, Crouton pushed for a Canadian theme, but was wisely overruled by literally everyone else, so we’ll be making something Italian (and gluten-free, gah) instead.