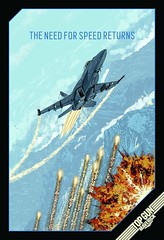 The critical consensus is that Top Gun: Maverick is better than the original, Top Gun. Certainly the special effects are better, given improvements in technology since 1986, but really aren’t the two movies more alike than not? If you watch them back-to-back, as I did, the similarities are what stay with you, not the differences. I can’t say the sequel is better than the original. Both Top Guns are great … but neither can hold a candle to two flicks fast approaching septuagenarian status: 1954’s The Bridges at Toko-Ri and 1955’s Strategic Air Command.

I’m sure aviators everywhere chew over details, goofs, and errors in flying movies. And like me, I’m sure they love watching them.

All this is to zero in on the hypersonic Darkstar prototype Maverick flies in the opening scene of the movie, and his successful ejection as it breaks up at Mach 10. An old squadron mate and I have been exchanging texts over this part of the movie, and while we both think it’s far-fetched, we agree it’s possible. 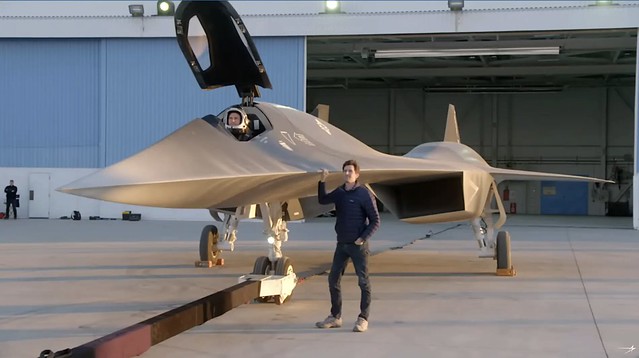 When I first saw the Darkstar in the movie, I thought it ridiculously tiny. Even if the plan is to hit a tanker and refill its tanks after takeoff, it doesn’t look like it can carry enough fuel to get to the tanker in the first place. Nor, after topping off, the fuel it would take to accelerate to Mach 3, light the scramjets, and accelerate to Mach 10 and beyond. The SR-71 (left, below), an aircraft that actually flew and was capable of speeds beyond Mach 3, was enormous, a flying fuel tank with engines. The rocket-powered X-15 (right, below), which reached speeds above Mach 6, was likewise a flying fuel tank. With extra fuel tanks attached.

What happens if you have to bail out while supersonic? The hope is you’ll be able to stay with the aircraft until it slows to subsonic speed, then eject — but that’s not always possible. The primary danger of a supersonic ejection is wind blast and what it’ll do to flailing limbs. And yes, there have been a few supersonic ejections over the years. Some even had survivors.

One I know a little bit about happened off the coast of North Carolina in 1995. The two-man crew of an F-15E got disoriented at night. One cockpit indication said they were maintaining level flight, but another showed them in a steep dive. The pilot sensed, based on aircraft feel and sounds indicating very high speed, that they were in fact headed straight down toward the water and initiated ejection. He survived, his back-seater didn’t. The pilot’s injuries, mostly to his legs from flailing, were severe. It was later determined that at the point of ejection his speed exceeded 800 mph in a vertical dive, and had he delayed ejection even a fraction of a second longer both crew members would have hit the water still strapped to their seats.

In an earlier incident from 1966, the two-man crew of an SR-71 fell from their aircraft when it broke up at Mach 3.18 at 78,800 feet. They didn’t eject — they were pulled out of their ejection seats and thrown free of the disintegrating SR-71, still in their pressure suits with parachutes attached. The back-seater died, presumably instantly. The front-seater came to as he fell from altitude, uninjured, and was flying again two weeks later.

With hypersonic flight, the danger is the heat generated by the friction of moving through the air at speeds above Mach 5. That’s what’ll kill you if you have to pull the handles. It’s the same heat re-entering space shuttles and capsules generate, and insofar as overheating causes the breakup of the Darkstar at Mach 10.2, the movie — that part of it anyway — seems realistic. Maverick’s survival, though?

The Darkstar, my friend and I assumed, would have some kind of escape capsule to enclose and protect its occupant during the process of ejecting, slowing, descending, and smacking into the ground, something like the crew capsule used in the F-111 fighter-bomber (left, below), or possibly the individual pods used in the B-58 Hustler bomber (right, below). Both were designed for supersonic ejections, and something similar would be needed for hypersonic ejections. Or so my squadron mate and I agreed. And then I began to look into it.

We do know something about manned hypersonic flight. We do it in space shuttles and capsules. We’ve also done it with a manned rocket plane, the X-15. X-15 pilots routinely achieved hypersonic speeds, Mach 5 and up, and one managed to reach Mach 6.7, his X-15 glowing cherry red. What we don’t know anything about, since we haven’t ever done it, is what’ll happen if we have to eject at hypersonic speeds.

Somewhat surprisingly, the X-15 made do with a conventional ejection seat, not an escape capsule. It was thought the pilot would stay in the seat, arms and legs restrained to prevent flailing, protected from heat and wind blast by his pressure suit and helmet, until the seat slowed to less than the speed of sound, then be released from the seat to parachute to the ground normally. The same philosophy was applied to the SR-71, which also used ejection seats. In terms of personal experience, I recall how impressed I was with the F-104’s ejection seat the time I got a backseat ride in one. The Zipper was a fast jet for its time, capable of Mach 2 in level flight. Its ejection seat was designed to prevent flailing injuries in the event of a supersonic ejection, with retractable cables to pull your feet and legs up against the seat if you had to pull the handles. Even my F-15, a newer, faster aircraft, didn’t have that!

Back to Maverick. You’d think he’d still look clean and fresh in his white pressure suit if he’d ridden an escape capsule down from 100,000 feet, climbed out, and walked to the nearest Mojave Desert settlement to call for rescue, but they dirtied him up to make it seem as if he’d come down in a parachute like Chuck Yeager in The Right Stuff. Which is fine, because it’s a movie, and a Tom Cruise movie at that.

And you know what? Now that I’ve studied up on the X-15 and SR-71 ejection seats, maybe he could have survived a conventional ejection at Mach 10. Would have been a pretty short movie otherwise.

p.s. The title of this post? It’s not gonna make a lot of sense if you haven’t seen the movie, so get off your ass already!

One thought on “Air-Minded: Bob’s Your Back-Seater”