You Meet the Nicest People on a Honda 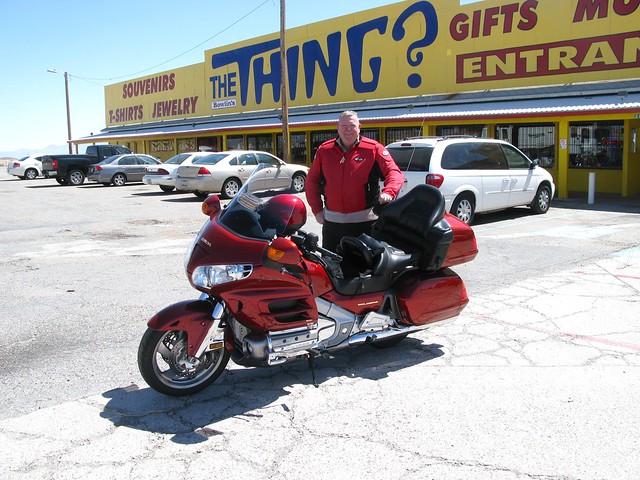 A potential buyer asked if he could come see it yesterday, but he was a no-show. Now he says he’ll be by tomorrow. Not holding my breath.

I did, though, round up the accessories and parts I plan to include with the bike: a fabric bike cover, a new oil filter, plastic snaps and lightbulbs, an insulated mug for hot or cold beverages that mounts to the handlebar, a USB charging cable that connects to the cigarette lighter, a cell phone holder, and the spare key I had made after the only one I had at the time slipped down into the engine compartment, forcing me to field strip the bike to retrieve it. Wanna see where I found it? 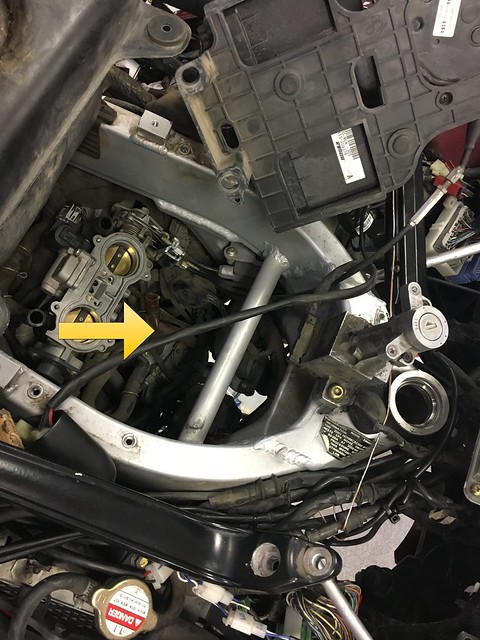 Maintenance aside, owning this motorcycle has become ridiculously cheap. Since it’s a 21-year-old bike, annual registration is down to twenty bucks. Two years ago I switched insurance companies and now pay just $150 a year for the same coverage that used to cost me $550 (I’m Team Progressive now — Dairyland can pound sand). If I can’t get what I want for it, hey, it’s not like it’s costing me much. So why sell in the first place?

I’ve had both knees replaced. The left one’s fine, but the right one doesn’t bend enough for me to comfortably rest my foot on the peg and work the brake properly. I’ve been stopping with the brake lever on the handlebar, which with the Goldwing results in proportional braking: about 70% to the dual front discs and 30% to the single rear one. Fine for normal riding, but what if I have to stop in a hurry?

My bad angel reminds me I’ve been riding for 57 of my 75 years, and would I not be a mensch if I managed to keep riding into my 80s? My good angel says it’s time to move on.