My Wiener Has a First Name 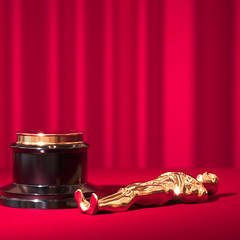 You say it’s bologna, not weiner? Well, how do you know I’m not thinking of My Wiener Has a First Name by the Bloody Hells? Huh? Put that on your Pandora play list and chew on it!

Leading up to the Academy Awards, Donna and I watched and enjoyed three of the movies in contention. We braved a trip to the theater in January to watch No Time to Die. This month, we streamed Coda and King Richard at home. And that’s not all.

Science fiction leaves Donna cold, but I at least tried to watch Dune. My decades-old dislike of the book got in the way and I didn’t finish it. Donna and I mutually gave up on The Power of the Dog, which in the 30 minutes we watched didn’t seem to be going anywhere. After enduring the Oscars  Sunday, we started West Side Story, only to abandon it as well. I think Donna and I feel the same about musicals, that they have to be more fantasy than real to be enjoyable, and West Side Story is too real. After seeing Liza Minelli’s surprise appearance, though, we put Cabaret on our HBO Max watchlist, a musical that enthralled us in 1972 that we think will hold up well.

Oh, forgot to mention … after turning off West Side Story we turned on the 2022 remake of Death on the Nile, and for the first hour kept expecting the actors to burst into song.

I hear Drive My Car is three hours long. I made the mistake of mentioning that to Donna and now she doesn’t want to stream it, but I love Haruki Murakami’s writing and want to watch. I think I’ll just put it on tonight. If it’s good, she’ll stay up with me.

So. The slap. I joked on Facebook that it must have been staged, given that the guy who assaulted Chris Rock turns out to be a professional actor (not to mention that it happened on a literal stage, duh). Now, a few days on, I’m beginning to think it really was just that: staged. For what reason I can’t fathom. Rich celebrities get up to all kinds of shit, and from what I hear most of them are assholes, so it’s no concern of mine.

One thought on “My Wiener Has a First Name”