The F-15 Eagles in service today are equipped with countermeasures dispensers which pump out chaff and flares to defeat or decoy enemy radar and heat-seeking missiles. Chaff and flares can be dispensed manually, with a pinkie switch on the left throttle or a paddle switch on the stick, or automatically, activated by the aircraft’s tactical electronic warning system. The dispensers are mounted underneath the engine intakes on both sides (see the photo, below). F-15C and D models have them, as do F-15E Strike Eagles and, I presume, the new F-15EX as well. 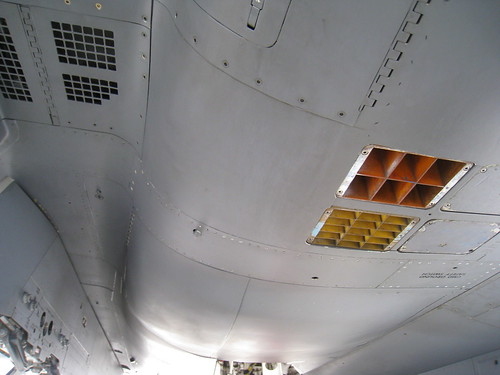 It was not always so, as I was recently reminded while paging through my F-15 Dash-1.

I was surprised to see this step of the preflight check still there. But I guess I shouldn’t have been, since the Dash-1 covers all F-15 Eagles, from the early A models to the very last C model blocks, the most recent ones built.

My first two Eagle assignments spanned the years 1978 to 1985. During that time I flew both A and C models, none of which were equipped with chaff and flare dispensers. The Eagle’s only defense against air-to-air missiles was to shoot the threat before it shot at us. It was crazy we didn’t have CMDs, and we raised hell about it. Which worked. When I finished a staff tour in 1988 and requalified in F-15s, they were equipped with CMDs.

I well remember the dark days when we’d climb on top of our jets during preflight, kneel down and pry up the speedbrake with our fingers, lay three or four rectangular chaff bundles in the recess underneath, then press the speedbrake back down so the wind wouldn’t blow the chaff out before we got the engines started and hydraulic power could hold the speedbrake down.

The speedbrake is that huge barn door sticking up behind the canopy. Its name is its purpose: you use it to slow down, or, as in the first photo, to dirty up the aircraft during landing so you can keep a higher power setting on the engines in case you have to go around.

And that was the trouble with speedbrake chaff — the F-15 is a clean airplane, reluctant to slow down with reduced power alone; you used the speedbrake all the time and it was almost impossible to remember to keep your thumb off the switch until you needed to release chaff going into a fight. Most often, you’d lose your chaff right after takeoff, fanning the board to control your speed while rejoining on lead. If you didn’t lose it then, you’d lose it rejoining on the tanker for post-takeoff aerial refueling. At any rate, your chaff was long gone by the time you needed it.

And of course you could only load chaff under the speedbrake, not flares. Before CMDs were fitted, there was simply no way to employ flares, because – duh — even if you could lay a couple under the speedbrake there was no mechanism to light them. You can see why Eagle pilots screamed for chaff and flare dispensers during the early days — I’ve always felt the Air Force was criminal in not equipping the fleet sooner than it did.

That’s not the only thing the Eagle lacked during its first decade of service. Witness this tweet, and my response:

We make do with what we have and improvise when we can. So do Russian aircrews, apparently. I bet we got our CMDs in record time, compared to the speed with which the Russian Ministry of Defense is likely to equip its Su-34 Fullbacks with GPS!