Air-Minded: Now I Understand Why They Got Rid of Billy Mitchell

Is air power the new face of successful war-fighting? Much to the dismay of the boots-on-the-ground zealots … the answer for today’s democracies may well be “yes.” During the summer, while U.S. ground forces in Iraq were distracted investigating potential war criminals in their midst, air power delivered a major success. …

When thousands of troops are on the ground fighting an insurgency such as that in Iraq, it is, regrettably, all but inevitable that you will have situations such as Abu Ghraib and Hadithah arise from time to time—horrific and tragic, but predictable and even unavoidable.

[T]he nature of the air weapon is such that an Abu Ghraib or Hadithah simply cannot occur. The relative sterility of air power—which the boots-on-the-ground types oddly find distressing as somehow unmartial—nevertheless provides greater opportunity for the discreet application of force largely under the control of well-educated, commissioned officer combatants. Not a total insurance policy against atrocity, but a far more risk-controlled situation.*

Today’s Air Force, it appears, is not the place to look for leaders who understand the importance of their sister services.  General Dunlap’s statements are what I would expect from a glassy-eyed politically vetted Jesus-lovin’ service academy graduate.  To my great surprise, General Dunlap was not an AF Academy graduate. He became an officer through a college ROTC program, and he has a reputation for thinking independently.  Oh, and he’s not a pilot … he’s a lawyer.

My experience as an air-to-air fighter pilot gave me a different perspective on air power.  Yes, I believe that an air force that can knock an enemy’s air force out of the sky and destroy its surface-to-air defense systems is a good thing to have.  It gives us freedom, after the initial days of the battle, to move about the sky over enemy territory, to conduct close air support for ground troops in contact, to provide tactical and strategic airlift, to conduct deep strike missions against vital infrastructure targets.  It enhances our ability to conduct and win wars.

But air power is rarely discreet, nor is it, in and of itself, sufficient to win wars.  When USAF leaders display the kind of blinkered service parochialism quoted above, it’s an embarrassment to anyone who has studied war.

General Dunlap’s reputation for independent thinking aside, I’m repelled by his remarks on the relative sterility of air power.  Maybe indiscriminate killing is easier when you’re dropping bombs from above, but when my fellow F-15 pilots and I trained for combat, we pictured our enemy as someone much like ourselves: a fellow fighter pilot, albeit one bent on killing us before we killed him.  It was immediate and personal, and I don’t believe education or class had much to do with it.

I swear, something happens to high-ranking officers.  One day they’re chugging beer in the officers’ club with the rest of their squadron mates, swapping war stories and singing dirty songs; the next day they’re pod people, pointing and hissing at anyone who isn’t one of them. 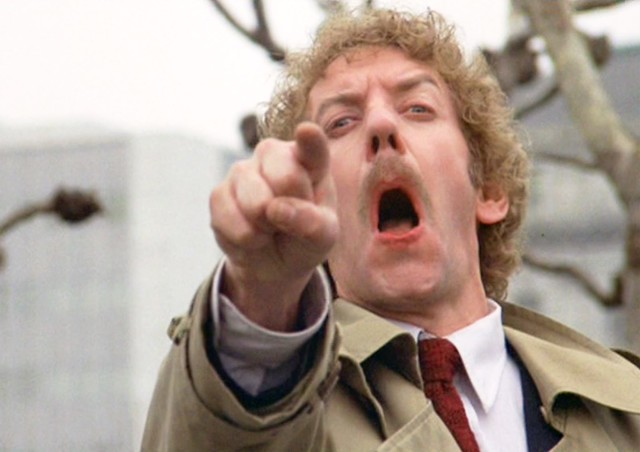