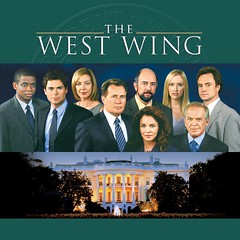 At a dinner party the other night, one of the guests spoke strongly in support of bipartisanship. His point was that neither President Biden nor Democrats in Congress can afford to issue executive orders or pass legislation without Republican buy-in. If Biden acts alone, or Democrats in the Senate kill the filibuster in order to get around Republican opposition, the media will scream that they’re partisan, the public will turn against them, and whatever they manage to accomplish will be reversed the minute Republicans are back in power.

I can see why well-meaning people think bipartisanship is better than partisanship. I can also see why so many cling to a belief in trickle-down economics. In the television world of The West Wing, making concessions and getting along always works, and when the rich get richer they give workers raises and create new jobs for the unemployed. But this isn’t television.

Since the Obama administration, Republicans have opposed any and all Democratic legislation. Like for example Obamacare. President Obama and the Democrats passed the Affordable Care Act in 2009 without a single Republican vote in the House or Senate. And what happened?

The media never let Democrats forget they passed health care all on their own without Republican support. The public rejected Obamacare out of disgust with the partisan way it was enacted, refusing to sign up. The Republicans, once back in power, immediately repealed it.

Oh wait … that isn’t what happened at all. Obamacare turned out to be a hit, and Republicans, despite repeated attempts, have never been able to repeal it.

We’ve all seen polls showing lopsided public support for gun control, protecting voting rights, and rebuilding infrastructure. Senate Republicans have promised to filibuster and kill any Democratic efforts toward those ends. There isn’t going to be any bipartisanship. If Democrats really want those things, they’ll have to eliminate the filibuster and force legislation through without Republican support.

Alas, doing nothing is always a choice when it comes to politics … Biden and the Democrats can choose to let fear of Republican retaliation and of being seen as partisan meanies serve as an excuse for doing fuck-all, which appears to be the path they’re on.

Of course, with Manchin and Sinema, Democrats don’t really have a majority in the Senate anyway. The dinner guest agreed those two probably won’t come around, but held out hope a few Republicans would break from McConnell and vote in favor of big Democratic legislation, because that would satisfy his wish for bipartisanship. It could happen, I guess. But I’m not holding my breath.

Manchin, a tool of the coal industry, is acting as expected, but WTF is with Kristen Sinema? I remember being all excited to vote for her, and happy when she won, and she turns out to be a Republican? How did that happen? How didn’t voters see it in time?

If we lived in a West Wing world, Gabby Giffords wouldn’t have been shot, or, if she had been, not so seriously wounded that she couldn’t return to the House, and by now she’d have moved up to the Senate. Where she’d be serving with Al Franken, who would have stood up to the Dollar Store hit job Sean Hannity and Fox News pulled on him. And even if neither of those things had happened, at the very least the Department of Justice would be acting on its own to shut down state-level Republican gerrymandering and voter suppression.

Alas, it appears the Democrats simply don’t have the guts to do what needs to be done. As ever.