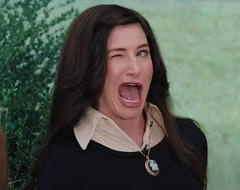 I think we’re being set up. We booked a cabin at a Big Bear Lake resort. We did it through a third-party reservation service, because that’s what came up when we Googled “cabins at Big Bear.”

We’re bringing Mister B, so I was careful to make sure the booking agent understood and reserved us a pet-friendly cabin. He said we were squared away, but the confirmation email doesn’t mention our pet, nor is the $20/day pet fee listed on the invoice.

This makes my spidey sense tingle. As in we show up to find the joke’s on us: “Who told you you could bring a dog? It’s the middle of July and the pet-friendly cabins are all occupied. Half of Los Angeles County is up here trying to get out of the heat and there aren’t any vacancies anywhere else.” As you can see, I have an active imagination.

So I’m trying to call the resort directly, using its listed phone number. No one answers and it disconnects after three rings. The resort has a website: under “contact us” it shows the same useless phone number, but there’s also a “submit inquiry” form where you can leave your email address and phone number and type in a short query. I asked them to call or write to confirm they know about the dog. So far no answer.

Over the weekend Polly replaced the broken pop-up sprinklers out back. Time will tell if we fixed them in time to turn our brown grass green again. Meanwhile, the county’s raising water rates for homes outside Tucson city limits, which we are by two miles. I’m hosting an HOA board meeting night after next and I’m sure that’s all anyone will want to talk about. I am so quitting after this term is over!

Last night we went to our first house party in 15 months. Our friend M____ invited us and three other guests for her birthday, all of us vaccinated. Lovely dinner, nice conversation, a pleasant evening all around. M____ felt bad she couldn’t invite more friends, but like us she’s easing back into things. Baby steps.

At a red light in Tucson this morning I watched a man in a mask walk across the intersection. There wasn’t another pedestrian in sight. Now that guy isn’t taking even baby steps. Am I the only one who knows the CDC says it’s safe to go unmasked outdoors? Even if you’re not vaccinated? I mean, if you see someone maskholing at Costco, you can take it to the bank you’re in the presence of a Trump voter and an idiot. What to make of someone still insisting on wearing a mask outdoors with no one else around? Not a Trump voter, yet still an idiot? Is that even possible? The mind reels.

Sometime during the Bush/Cheney administration, when it was our official policy to torture detainees suspected of terrorist connections, I wrote a post about my experience at the military’s famous SERE (Survival, Evasion, Resistance, and Escape) school in the mountains east of Spokane, Washington.

Would you believe I still get comments on that post? You can follow the latest exchange in the sidebar to the right, under “recent comments” (he said, knowing full well most readers don’t even realize there’s a sidebar, let alone check it).

In short, someone calling himself Ben1 found that post last week and left a blistering comment pointing out that what I and other military members experienced in SERE training wasn’t real torture — otherwise we’d have come out of the experience with broken bones, electrical burns on our you-know-whats, ruptured eyeballs, and worse.

Never mind that I said this in the original post:

… it isn’t torture, not even close. Here’s the thing: they can’t actually harm you, and you know it’s going to end. No matter how realistic they make it, no matter how deep into it you allow yourself to get, you never forget it’s just training.

I pointed that out to Ben1. He came back yesterday with even more vociferous comments, saying, among other things,

[…] the entire goal of SERE and general humiliation during the military environment is in the Pentagon’s own words [to] “strip soldiers of their identities” […] This is why they always talk down to you in the military and call you names, the goal is to make you think of yourself as worthless and that even the idea of standing up for yourself is conceited.

Nor was he done:

Essentially if you are captured by the enemy, the US government would rather you resist until you are killed during torture, instead of talk to survive and stay alive. If you think the government actually respect[s] random soldier’s lives, or that the military is meant to be positive for a person’s self, you are thoroughly brainwashed […] this is what your government thinks about you, don’t get it twisted in your brainwashed head. “Military Men Are Dumb, Stupid Animals To Be Used As Pawns For Foreign Policy.” – Kissinger – National Security Advisor and Secretary of State.

Well, gosh, that wasn’t at all what they taught us at SERE school. They made it clear to us that everyone talks under torture, to stop the pain if nothing else. They taught us resistance techniques and tricks actual POWs have used to put if off as long as possible. They taught us methods POWs have successfully used to communicate with and support one another when the guards are watching. They taught us how actual POWs have successfully planned and executed escapes in past wars. I don’t recall anyone, at SERE school or anywhere else, telling us we were worthless, or trying to teach us that resistance is futile and conceited.

The Kissinger quote is second-hand and dubious (though I wouldn’t put it past him to have said it in private). On the other hand, I know of multiple first-hand documented instances of a fellow named Trump making similarly disparaging remarks about service members and POWs.

I responded to Ben1’s second comment with a simple question: “Did you serve?” As with the resort at Big Bear Lake, no answer. So far.

One thought on “Just Kidding!”