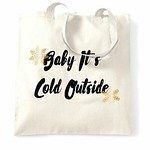 Mister B declined my invitation to go for a morning walk. It’s 35°F outside and he knows it from an earlier potty trip to the back yard. I’m okay with that … we can walk later. Of course more cold mornings are coming. There’s a doggy sweater in a box on the top shelf of the hall closet. It’s time I fished it out.

On to less personal stuff:

Last night I read, for umpteenth time, this query on Twitter: “How many people do you know personally that have had COVID?” I’ve seen at least a hundred repetitions of exactly the same question, cut & pasted word for word, posted by someone I don’t follow but retweeted by someone I do. I retweeted it in turn, adding harsh words of my own: “Fuck this guy and all the others who keep tweeting this. At best an insincere question. At worst, MAGA agitprop.” Flooding social media with the question, as deniers have been doing since March, is the point of the exercise. We have family, friends, and neighbors who’ve convinced themselves, through exposure to this insidious and pernicious meme on Faux news and social media, that if they don’t personally know anyone who’s contracted or died from COVID it’s not really a thing.

I quickly heard from people who disagreed with my take, who thought the guy actually wanted to know. Other Twitter users apparently thought so too, responding with stories of friends and family members who contracted COVID and died from it. In fact the guy who posted the question last night posted again this morning: “The responses to this tweet have been heartbreaking and overwhelming. I hope that reading about the experiences of others will help us empathize with one another. And I’m so sorry for the losses so many people have endured. My heart goes out to each and every one of you.” I apologized to him, and meant it. But I know there’s a MAGA push to convince people who haven’t been touched by COVID that it’s fake news, and it’s crazy to pretend there’s not.

Speaking of insidious and pernicious memes, the media just can’t wait to tell us, in screaming headlines, about every single person who has an allergic reaction to the COVID vaccine. Now, in today’s news, several screaming versions of a new scare headline: Nurse tests positive for COVID-19 despite recent vaccine.

They do know, don’t they, that people only read the headlines? I’m guilty of it myself, but every now and then I click through, and in this case the actual story (even as told by the New York Post, which was a surprise) conveys a different message entirely. Such cases, the reader learns, are not unexpected. You don’t immediately develop immunity upon being vaccinated. It takes 10-14 days before you begin to develop resistance to the virus, and you don’t develop full resistance until several days after receiving the second shot a month later. Moreover, since COVID itself has a 10- to 14-day incubation period, a person getting the vaccine may already have been infected and not know it. C’mon, media, there has to be a way to work this sort of qualifying information into a headline.

A friend in Colorado, over 75 and close to the head of the line, wrote to say he got his first COVID vaccination. He told me his hospital contacted him with an invitation to come in for the shot. While there, he was able to find out how his wife, who’s under 75 but in poor health, can apply to get the vaccine herself.

The federal government is doing nothing as far as I can tell (that is if you don’t count impeding vaccine deliveries), there not being any kind of leadership at the top. States are running their own vaccination programs. Colorado has a Democratic governor, Arizona does not … so would you be surprised if I told you that as of yet, we Arizonans have heard zip about vaccinations? No word on how, if, or when we can get it, where we might go to get it, whether we’ll be notified in some way or if we’re on our own to find out, how we can apply to get it if we think we’re at risk … crickets.

Another headline, happily not about COVID: These were the deadliest jobs in the US last year, according to the Bureau of Labor Statistics. First on the list of “jobs with the highest number of work-related deaths” are those involved in transportation and material moving. Third on the list of “jobs with the highest death rate per 100,000 full-time equivalent workers” is pilots. I worked many years as a commercial driver, and as you doubtless know (because like all pilots I never shut up about it) flew fast jets for the US Air Force for 24 years. You know, it’s a miracle I’m still around.

Back to the home front:

I generally keep the Venetian blind down in our home office. The window’s directly behind my desk, so I face it when working on the computer, and bright daylight makes me squint. Which means I don’t get to watch the birds at their feeders as much as I’d like. Yesterday morning I got up early, well before dawn, and raised the blind, thinking I’d do a little birdwatching before the sun got high. A single hummingbird showed up at the feeder while it was still quite dark, maybe half an hour before sunrise, just light enough to see it. A bit later, when it was gray but still before sunrise, house sparrows and wrens began to visit their feeders. So now I know who the true early bird is.

Following up with Mister B, halfway through writing this post I took a break, broke out the doggy jacket (not a sweater after all), and took him for a stroll. The temperature had risen five degrees by them but it was still chilly. Judging by his jaunty walk Mister B seemed proud of his outfit. I expect he’ll wear it often the next couple of months.