I wrote up a previous motorcycle ride as a Knuckledragger mash event. Yesterday’s ride was another KDH3 mash, but this time I’ll report it straight: a ride to Lake Roosevelt with my friends Dave and Kirk. 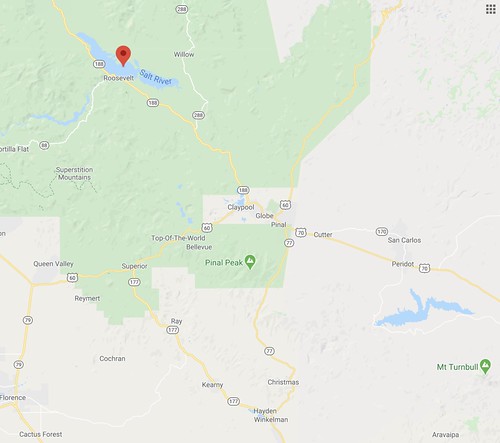 We took Highway 77 north from Tucson to Winkleman (bottom center of the map), doglegged through copper mining country on 177 to Superior, over the Superstitions on 60 to Globe, then up 188 to Roosevelt Lake. Homebound, we followed 77 from Globe back to Winkleman, a slightly straighter but no less scenic route along the Gila River. I left at 7:15 AM and was home by 3 PM with 250 miles on the clock. A nice Sunday outing, and back in time to grill Donna a steak dinner for Mothers’ Day. 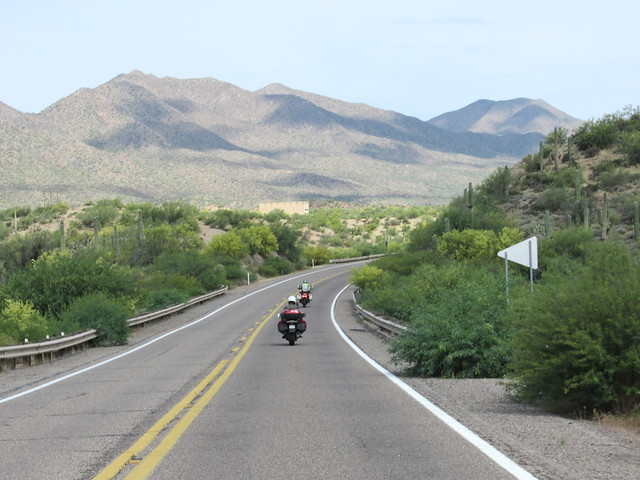 I must say, our route took us through some of the deepest reddest sections of the state, Trump country and then some, but from the sparse traffic on the roads it was clear most Arizonans are continuing to shelter in place at home. The few travelers out and about were, like us, observing quarantine rules: queueing to enter visitor centers and restaurants offering takeout service, mostly masking up, being polite and patient about it all. We didn’t see anything resembling the mob scenes being played up by the media. 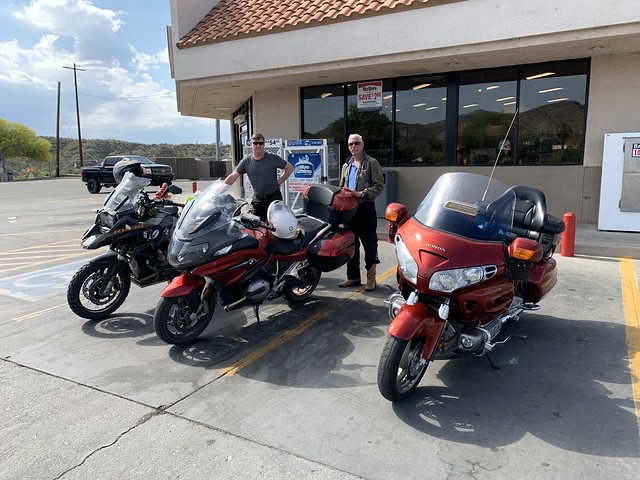 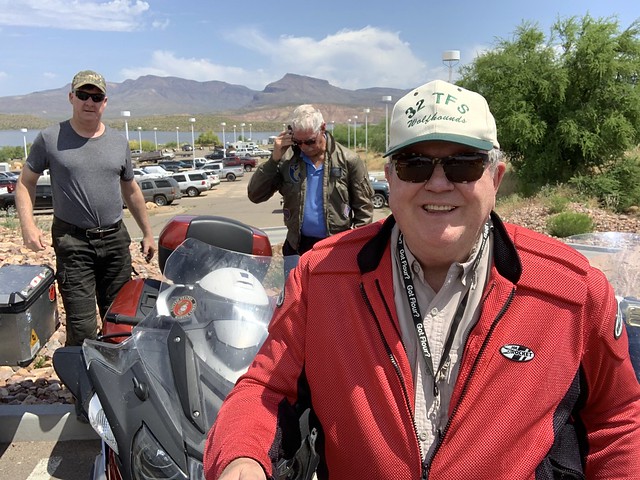 I can’t resist quoting the sign near Roosevelt Dam, written in 1916 and still greeting travelers at a roadside scenic view stop:

“No traveler to or from California should miss the marvelous trip over the ‘Apache Trail.’ This magic pathway, which up to a few years ago could be explored only by the hardiest adventurer, now lies open to the casual visitor who may care to spend a day rolling in a luxurious motor-car along the one hundred and twenty miles of highway between Globe and Phoenix, Arizona. Soon there is no reminder of civilization in sight but the broad, smooth highway which the genius of engineers has flung over the seemingly impassable mountains and wound like a ribbon of silver along canyon walls. It is the most marvelous highway in America, this glorified ‘Apache Trail.'” 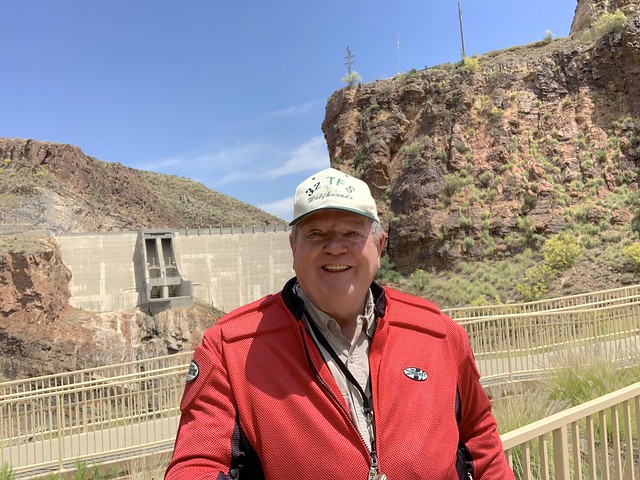 Roosevelt Dam from the Apache Trail

I can report that the broad, smooth ribbon of silver in question is actually a steep, narrow, and crumbling two-lane with tight hairpin turns. Kirk, who is from those parts, told us the small communities along the Apache Trail are frequently cut off from the rest of the state by rock slides. The little bit of it we rode yesterday was no challenge for Kirk on his adventure bike, but Dave and I had to roll slowly on our luxurious motor-cycles.

It’s going to be too hot to ride soon, save for short early morning runs. Yesterday, though, worked out well. Tucson temps got up into the low 90s, but north of Winkelman never got above the mid-80s; then, on the way home we rode through two rainshowers, one of which dropped the temperature down to 64°F … most refreshing.