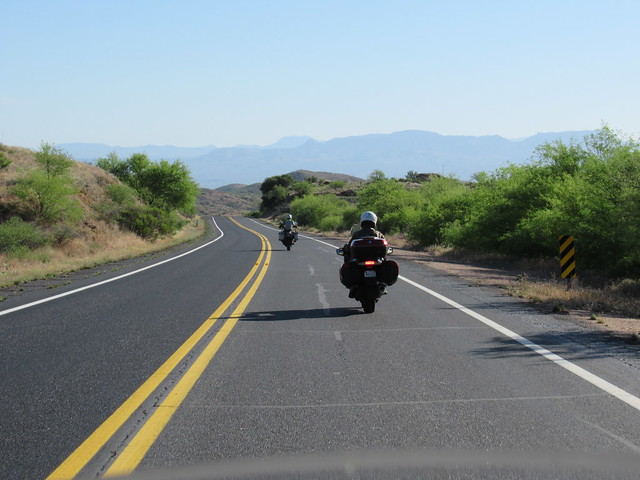 Huh. Been a while since I’ve posted one of these. Long enough I should define terms and acronyms: the post-trail writeup after a hash is a hash trash; when you do trail on motorcycles it’s a mash trash. KDH3 Baja AZ is my motorcycle hash, the southern Arizona branch of the Knuckledraggers Hash House Harriers Riding Club.

Your scribe, Flying Booger, got up early to meet fellow Knuckledraggers Wankers Aweigh and Just Kirk at the McDonalds at Oracle & McGee in northwest Tucson. Trail led north to Oracle, then via back roads to the old mining town of San Manuel (near the top center of the map). Flying Booger took the lead at San Manuel but turned it back over to Wankers and Just Kirk somewhere north of the Reddington/Cascabel fork, where the pavement ended. 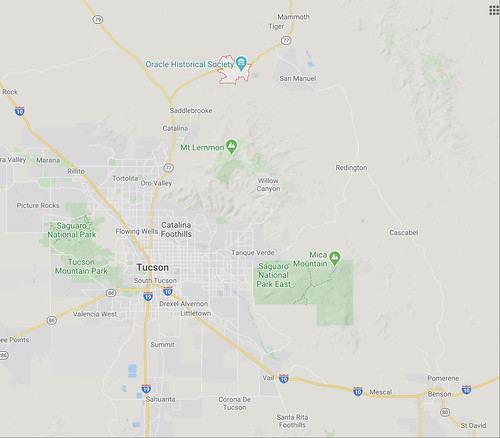 Flying Booger’s bailout was according to plan: trail included a fifty-mile stretch of dirt and gravel road leading south to Benson, Arizona, from which point it would lead back to Tucson on Interstate 10. Since my bike, a heavy Goldwing, is in no way suitable for off-road hijinks, I’d always intended to turn around when the pavement stopped and double back home; Just Kirk, who has an adventure bike, and Wankers, who has a lighter bike than mine, planned to dirt road it all the way to Benson, and I admire them for it. 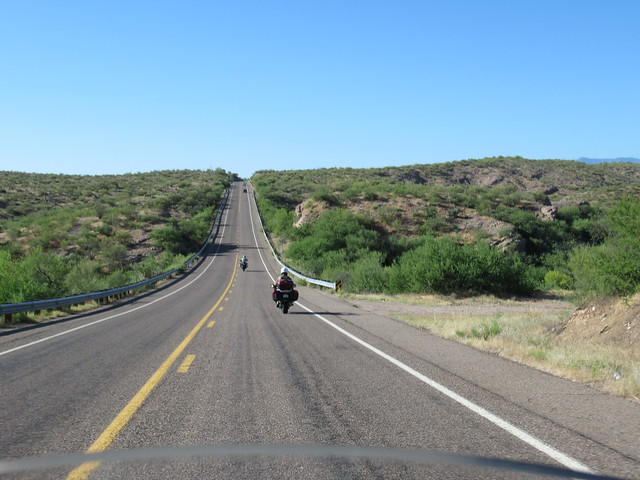 We beat the heat by riding early, heading on-out from the McDonalds parking lot at 7 AM. As for myself, I was up at 5 AM, on my way across town to the start at 6 AM, and back in my driveway at 10 AM; Wankers and Just Kirk are probably getting home just about now, two hours and change later.

It’s been too long since we’ve had a KDH3 Baja AZ mash; we’re talking about doing another one next weekend to make up for lost time.

In case anyone feels like being a Karen, our little band of Knuckledraggers maintained social distancing prior to and during trail, and no hands were shaken, even though we hadn’t seen one another in months and wanted to. On On, brother and sister hashers!