Crouton’s Kitchen, my cooking blog, has a sharp new look and is now mobile-friendly. The Half-Mind Weblog is gone, but I saved some of the best content by moving it over to this blog (see the Half-Mind Index on the right sidebar).

Now for a Paul’s Thing do-over. I haven’t changed the design in over a decade and it’s showing its age. I’m looking at different WordPress themes but haven’t settled on one yet. The easy thing to do would be to use the same one I chose for Crouton’s Kitchen. But that’s too easy. My struggle is real. And I’m determined to share it with you.

Trump’s post-impeachment purge won’t stop with political appointees. I guarantee you there are Linda Tripps in every federal agency—likely the military too—making lists of colleagues they’ve identified as anti-Trump, writing down what they say at work and on social media. Right about now they’re thinking their time has come, and those lists are making their way up the loyalist chain of command. I’ve been warning about this for a couple of years now, and I can only hope my civil service and DoD friends have been paying attention.

Speaking of Linda Tripp, the friend she betrayed, Monica Lewinsky, has become an anti-cyberbullying activist. Unable to escape the spotlight, she embraced it and now speaks up for those subjected to the same kinds of attacks she has endured. 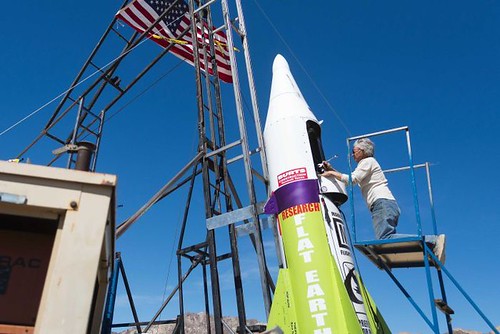 I feel bad for the family and friends of the flat-earther who died in his home-made rocket yesterday. The parachute meant to slow its descent fell away during launch, and once he topped out a couple of thousand feet above the ground, he came right back down. Yes, there’s video.

I was confused as to how rocketman intended to prove the earth is flat, but the linked article explains the plan was to trigger a balloon at the rocket’s apogee, then ride it up to “the Karman line, the 62-mile-high barrier that separates the atmosphere and the cold vacuum of space, filming the entire way.” The rocket in the video appears too small to have contained a balloon, let alone life-support equipment, so it was probably a test launch to prove the propulsion system and recovery chute.

Most flat-earthers are just spouting off to get attention, but this guy must have been a true believer. Gotta respect that.