Here’s my latest photoblog from Pima Air and Space Museum in Tucson, Arizona, where I work as a volunteer docent. 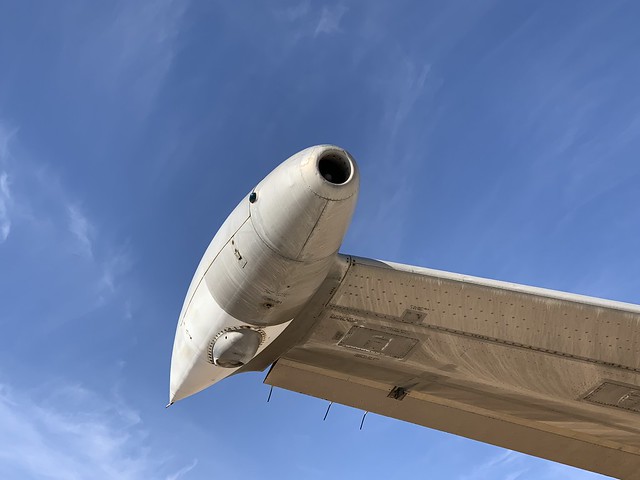 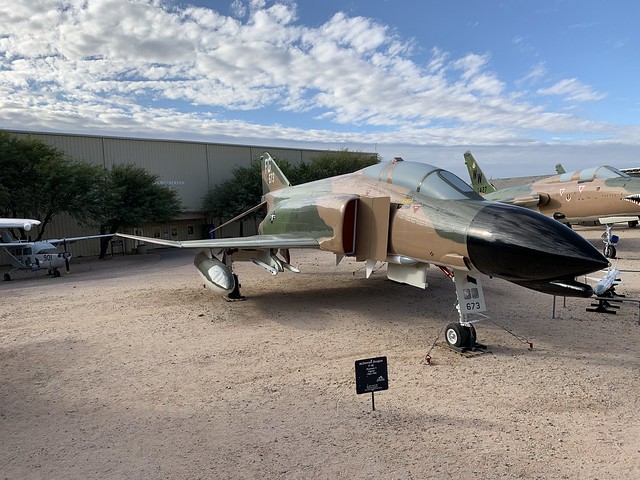 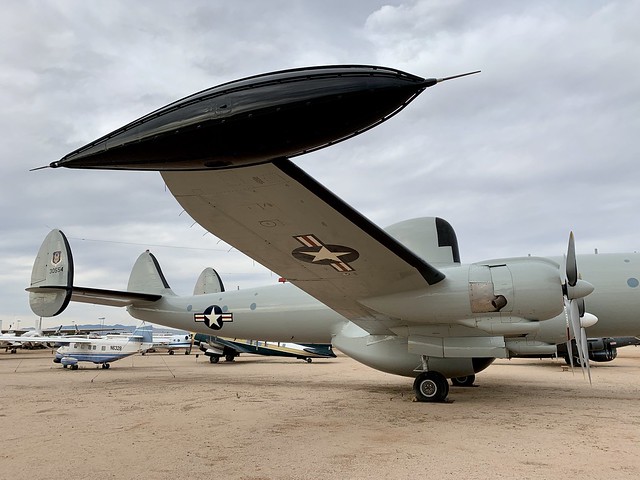 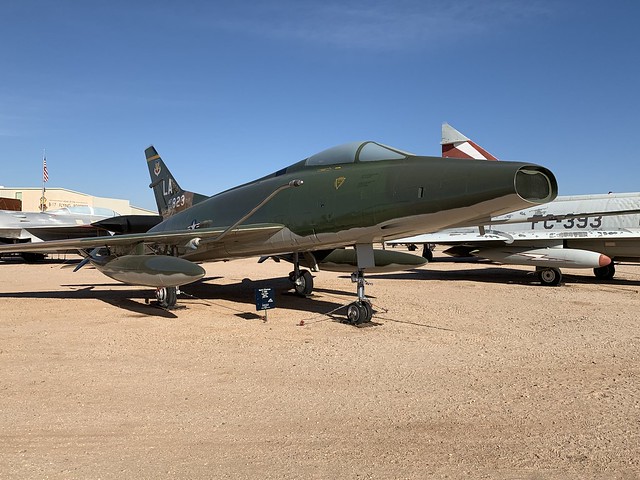 USAF F-100C Super Sabre, built by North American. This fighter-bomber was once an Arizona Air National Guard jet and was based at Tucson International Airport, Arizona. It’s displayed in the markings of an earlier assignment to the 4510th Combat Crew Training Wing at Luke AFB, Arizona. 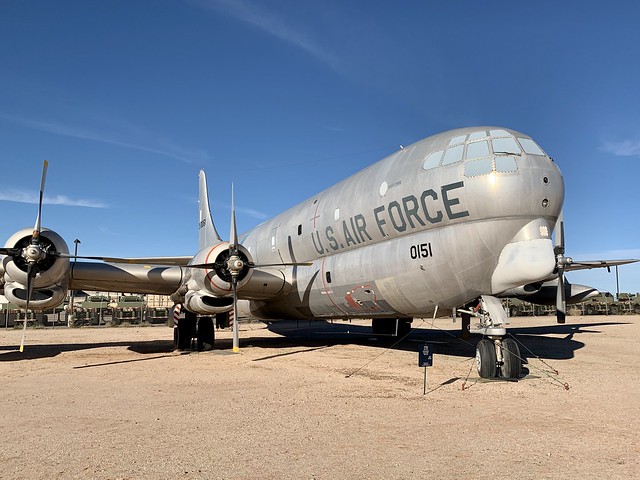 USAF KC-97G, an aerial refueling tanker & transport version of the Boeing Stratofreighter, in service from 1951 to 1978, the year I accomplished my first aerial refueling. My F-15 RTU instructor pilot, as we stepped to the flightline that day, informed me our tanker would be an ANG KC-97, one of the last ones still in service. He was pulling my leg, but I didn’t know it and was terrified we’d stall out on the boom of that notoriously slow old tanker. When I spotted a jet KC-135 orbiting in the refueling track, I was relieved, and credit that with making my first successful aerial refueling a more relaxed event than it would have been otherwise … even so, judging by the condition of my flight gloves afterward, I still managed to squeeze black juice out of the stick and throttles.

PASM’s Boeing B-52A, the third Stratofortress built, is finally back in work after a two-year-plus hiatus, here getting a power wash in front of the restoration hangar. I hope to see it back on display soon. 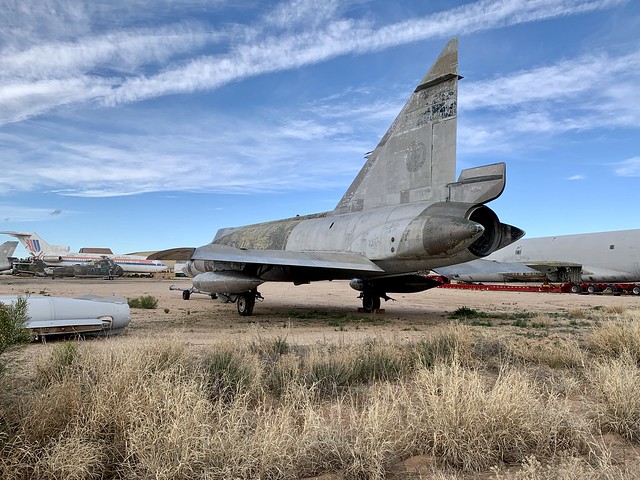 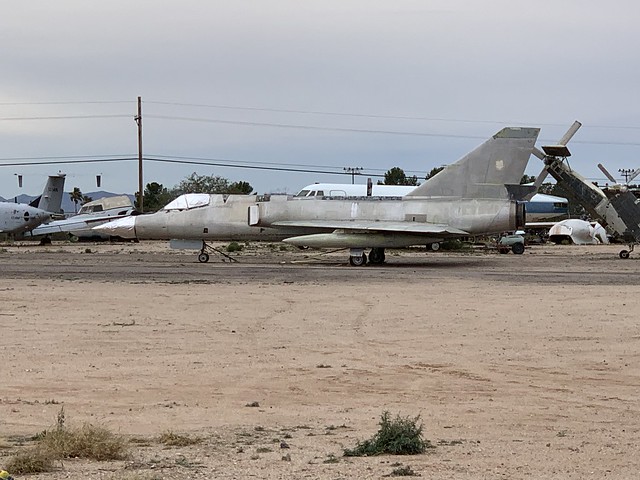 Both of the museum’s Convair interceptors, the F-102A Delta Dagger (top) and the F-106A Delta Dart (bottom), were recently towed from the display area to restoration. Both aircraft have been stripped and are awaiting new paint and markings. I think they look even better au naturel!

All photos and videos were taken with an iPhone Xs. They all link to the originals on Flickr, and you’re welcome to roam around in my account there if you’re interested. My Flickr photos are marked Attribution-NonCommercial-ShareAlike, so feel free to share (but don’t forget the attribution).