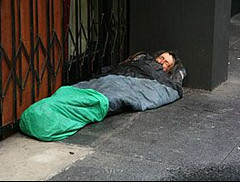 This morning I looked back on some early blog posts. One of my first was about sleep apnea. I don’t know if any of you are starting to have trouble staying awake and wondering whether you have sleep apnea, but if the shoe fits, here’s my advice: get a sleep study referral from your doctor, and if it turns out you do have it, get a CPAP machine and use it faithfully every night.

I’m pretty sure I’ve had sleep apnea all my life. From the first days of our marriage, when we were just 19, Donna worried about my snoring at night. When I flew fighters in my 30s and 40s, squadron mates who had to share quarters with me on air defense alert complained of it as well. But here’s the thing: it never bothered me during the day, so I didn’t worry about it. Turns out that’s because I was young and had the stamina to get through the day on very little sleep.

That changed when when I hit my 50s. I started nodding off during the day. At the wheel, at my desk, during meetings … anywhere and any time. My boss thought I had narcolepsy and told me to seek treatment. Once I was diagnosed with sleep apnea, I was able to get a CPAP machine (most insurance plans cover CPAP machines and supplies, and so does Medicare when you get older).

Tell you what, that CPAP cured what ailed me. I know people have a hard time getting used to wearing a nose mask at night, but you’ll get eight hours of honest sleep, and if you were as bad off as I was, it’ll change your life. I’ve been using one since 2003. I still marvel at how great it feels to wake up in the morning fully rested and refreshed … probably because until I was in my 50s and started using a CPAP at night, I’d never known the feeling.

Long as we’re at it, here are a couple of other senior living how-tos. Donna decided, way back in the early 1990s, that from then on any house we bought would be single story. At that point I’d been running daily for several years. My knees were still good, but Donna must have known something because they’re shit now, and I’d be hating it if I had to climb or descend stairs several times a day. One more thing … you may get to a point in life where you’ll want to replace the toilets in your house with ones that are a little taller (“comfort height” is the industry euphemism) and have elongated bowls. One reason, as with stairs, is knees. The other is butts that have grown larger with age.

Maybe your knees are still good and you can fit in the same pants you wore when you were in your 20s. If so, know that I hate you.

Years ago it hit me that libertarians won’t be happy until people can once again smoke wherever they want, and that realization put everything in perspective for me. Now, it’s becoming increasingly clear that what right-wingers & MAGAts want, when you strip everything else away, is society’s blessing to openly use racial and ethnic slurs. Not that they ever quit using them in private.

I recently shared some thoughts with a friend about volunteering at Pima Air and Space Museum. I still love what I do there, but I’m increasingly put off by an “us versus them” vibe between management and volunteers. It’s probably always been there, but it seems noticeably stronger now than before.

We recently discovered the museum is advertising for a boneyard tour guide. Boneyard tours are currently conducted by a team of volunteer docents who each come in one day a week, much the same way it works with the team I’m a member of, the docents who drive and narrate tram tours on the museum grounds. Boneyard tour docents will be sent packing if the museum hires a full-timer to do it instead.

They’re not advertising, but I suspect museum staff must also be considering replacing my team of volunteers with one or two paid workers. We used to worry the museum would make a recording of the tram tour narration and ask us to merely drive as the tape plays, adjusting our speed so that the tape matches the planes we’re driving past. Museum staff must know we’d all quit if that came to pass … I certainly would … so paying one or two workers to do it instead might be an attractive option for them, so long as they didn’t have to pay too much.

Honestly, the message we volunteers get, louder and clearer by the day, is that the museum doesn’t like depending on volunteers and would rather not have to deal with us. I’ve never heard of any large museum getting along without volunteers, though, and that gives me some comfort. Still, there’s negativity in the air, and most of us agree we’re not having as much fun as we used to.