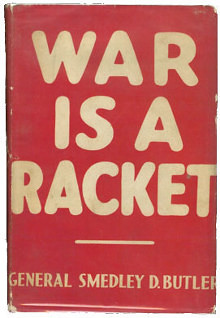 Like most Americans, I was raised to believe my country was not corrupt. Of course it is and always has been, because human nature makes corruption inevitable. I’m thinking about corruption in light of news that a Korean aircraft manufacturer paid $150,000 to a shell company set up by Michael Cohen, Trump’s fixer. A huge contract is in the offing: the US Air Force plans to spend 16 billion dollars on a new advanced trainer, and the Korean company is one of the bidders.

When you’re talking about 16 billion dollars, 150 grand isn’t even a penny, but what did that 150 grand pay for? Another woman’s silence about a night with Trump? Probably. What else could such a paltry amount buy, when it comes to the movers and shakers who run our country today? A first-term congressman from a small state would kick you out of the office if you offered such an insignificant bribe. But a grateful adulterer in the White House might remember your company when it comes time to award a major defense contract.

In the 1930s, General Smedley D. Butler went around the country giving a speech titled “War is a racket.” The tough old Marine was talking about war profiteering and corruption, but he could equally well have said “Government is a racket.” For decades now, bribery has been the ticket to closed-door meetings with congressmen and senators, who have tweaked the rules to make it legal (you and I can be prosecuted for participating in bribery, but Congress gives its members immunity). Now the presidency has become a pay-to-play operation as well, with Trump and his senior advisers openly in violation of the emoluments clause, asking for and accepting kickbacks, and I fear we’ve passed a tipping point, that one day soon we’ll wake up to realize our government is no different than the one in Ukraine.

In other countries you’re expected to bribe police if they stop you, and to offer a payment in order to get a civil service job. We’re not there yet, but does anyone seriously think Trump would give the slightest shit if government agents further down the pecking order started acting like he does? Has he done anything about his most flagrantly corrupt cabinet appointee, EPA administrator Scott Pruitt? I rest my case.

I worry about this Avenatti guy, who almost overnight has morphed from the attorney representing Stormy Daniels to an unofficial Robert Mueller, uncovering huge financial and bribery scandals involving Michael Cohen and linked to Trump. He won’t say where his information comes from, or how a lawyer working for one single woman suing Trump for trying to silence her could possibly access the financial records and banking details of other lawyers, and lately I see Avenatti’s face on TV every night, seemingly on every news show (indeed, almost a co-host on MSNBC), and I think the whole thing is going to come crashing down.

Not that I don’t want to get the goods on Trump, but when I see Avenatti on TV every night, I see a self-aggrandizing con-man taking full advantage of the moment, no different from the politicians he says he’s trying to take down, and I think his comeuppance will only strengthen Trump.

People get way too excited about Avenatti and Mueller. They’re not going to take down Trump. Trump could kill and eat a baby at this point, and Republicans in Congress will protect him. We have to turn Congress blue in November, then get off our asses again in 2020 to vote Trump out of office. That’s the only way it’s going to happen.

Meanwhile, let’s hope the corruption at the top takes a long time to seep down to our level, and our day-to-day interaction with city and state officials, the DMV, and traffic cops. But if we don’t reverse things over the next two elections, it will.