“I said nothing. I’m good at saying nothing. I don’t like talking. I could go the rest of my life without saying another word, if I had to.” 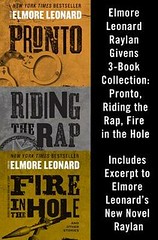 Rayland Givins was a memorable but relatively minor character in Elmore Leonard’s fictional world, but with the success of the FX television series “Justified,” Leonard’s publisher jumped on the bandwagon, reissuing the two short Givens novels (and one short story) under one cover.

Yes, the Givens stories are as good as I remembered, and one can pick out various plot lines that inspired the TV series, but the two Givenses differ. The literary Rayland, to my mind, more resembles a minor character from the TV series, Season #5’s US Deputy Marshal Greg Sutter, played by actor David Koechner. Literary Rayland’s personal life differs significantly from TV Rayland’s as well. Fans of “Justified” coming to the books for the first time will definitely notice the difference. In all important ways, though, Rayland is Rayland, and there’s a lot more to him than the hat.

The third section of this book contains several non-Rayland Givens short stories, including a great one about US Marshal Karen Sisco, who could inspire a TV series of her own, and some of Leonard’s earlier Western-themed tales, equally great.

All in all, the book is a delight to read, and now I’m tempted to re-read the rest of my Elmore Leonard collection. 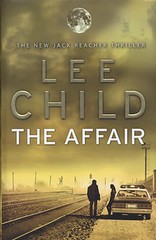 I’m reading the Jack Reacher novels in order. So far my favorites have been the ones about cases Reacher worked during his military police service in the Army. “The Affair” takes us back to Reacher’s last military assignment, the case that precipitated his leaving the service and taking up the vagabond life he lives in other novels.

I found this one especially satisfying and hard to put down. Childs is a master of the art of the short chapter, each ending on a cliffhanger or compelling come-on that forces you to start reading the next, and the next, and the next. A big part of my satisfaction in this novel is that I spent a career in the military and can relate to the setting, the people, and the details, all of which Child gets pretty much right. The iconic military staff officer is called “the Iron Major,” and that’s exactly what Jack Reacher is in “The Affair.”

Some fans of the novels turned against Lee Child when he agreed to the casting of Tom Cruise in the Jack Reacher movies. I’m not that dogmatic. I watched them both and thought Cruise pulled it off. In any case, Cruise has nothing to do with the books, and as far as I’m concerned the books and the movies exist on different planes.

I was happy to see Reacher back in the sack in this novel. If I remember correctly, his sex life suffered in the previous two novels. Of course those happen in the distant future, relative to this novel, so Reacher doesn’t know about that yet.

Anyway, great stuff, and IMHO one of the two or three best Reacher novels in the series to date. 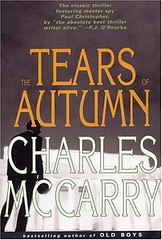 The Tears of Autumn (Paul Christopher #2)
by Charles McCarry

I’m late coming to Charles McCarry, having missed reading him the first time around (this novel was written in 1974). Contemporary reviewers put him on the same plane as John le Carré, the great espionage novelist. After reading “The Tears of Autumn,” I think he’s a more of a refined and elevated Ian Fleming, his character Paul Christopher an American James Bond.

I don’t compare Christoper to Bond in the superficial sense. Christoper’s a behind-the-scenes CIA agent, a modest man who doesn’t live lavishly: no bespoke suits from Savile Row, no fancy cars, not even any brand names if you don’t count his Rolex. Where he is like Bond is in doing covert work all around the world, in knowing the right suspects to call upon when he needs help doing something shady or off the books, in having ready access to unlimited travel money and fake passports. Like Bond, he’s a bit of a superhero; like Bond, his boss gives him absolute freedom to act alone; like Bond, he owes his triumphs to no one else.

Le Carre’s characters have the Circus and its array of minders behind them. There’s very little of that here. A point of similarity with le Carré is that Paul Christopher has a conscience, à la George Smiley, but without the depth of character. McCarry does a good job capturing the early 60s feel of Saigon, maybe as well as le Carré captured the 50s and 60s feel of Berlin, and there are other points of comparison as well. But le Carré’s spies are believable and McCarry’s isn’t. That is the big difference to me, and the reason I compare Paul Christopher to James Bond.

“The Tears of Autumn” has a great hook in that it explores a possible motive behind JFK’s assassination. It’s a page-turner, and despite dealing with 50- and 60-year-old events does not feel dated. I enjoyed reading it, but can’t put Charles McCarry on the same tier as John le Carré.

The Water Room (Bryant and May #2)
by Christopher Fowler

I’ve finished the second novel of Christopher Fowler’s Bryant & May series, “The Water Room.” As with the first, “Full Dark House,” the reader gets an intimate and detailed look at lesser-known parts of the city of London, in this case the network of subterranean rivers and streams feeding into the Thames, long bricked over, hidden from sight, lost to popular memory.

The mysteries these novels are purportedly about are highly contrived and complex. There’s no guessing who did what to whom; they’re full of surprises and plot twists. I read them less as mysteries and more as urban fantasies: they aren’t police procedurals, that’s for sure. The two octogenarian detectives of the Peculiar Crimes Unit and the odd cases they’re assigned (or which they pursue off the books, somehow managing never to be disciplined or fired), are something else altogether, removed from life as we know it.

The first novel, “Full Dark House,” gave me clear mental images of London during the Blitz. This one, although Balaclava Street and the underground rivers are described in detail, left me with only muddled images. Something is lacking in the physical world Fowler builds here, and I never got the lay of the land. A reader who knows London and its Kentish Town well would have less trouble, I’m sure … although Balaclava Street itself appears to be fictional.

The books are an indulgence, rather like reading Wodehouse. Bryant and May are fussily described, almost fawned over, and I can see how they may wear thin after two or three repetitions, so I’d better plan on spacing these novels out. 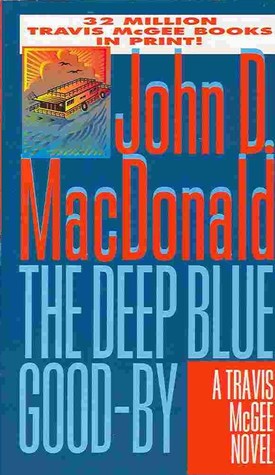 Reading my way through Lee Child’s Jack Reacher thrillers, I kept thinking of John D. MacDonald’s character Travis McGee, the protagonist of 21 Florida noir novels MacDonald started writing in the 1960s, novels I read at the peak of their popularity in the 70s and 80s, leading me on to the novels of Carl Hiaasen and Elmore Leonard.

I decided, after finishing the 17th or 18th Reacher novel, to take a break and re-read Travis McGee, starting with the first novel, “The Deep Blue Good-By,” published in 1964. And … that’s where I’ll stop. For me at any rate, Travis McGee doesn’t hold up.

I remember, 30 years ago, becoming impatient with the last few novels of the series. MacDonald had begun to seem stodgy, turning Travis McGee into a scold who ranted and raved about humanity’s poor moral character. Turns out my memory is imperfect.

Because now I realize MacDonald and his character Travis McGee had been self-justifying windbags all along, right from the first novel. In “The Deep Blue Good-By,” otherwise a well-plotted thriller about tracking down and ultimately defeating a very bad man, MacDonald repeatedly stops the action to allow Travis McGee to sermonize, sometimes for pages and pages. The action itself is good stuff, and the novel still has that Florida noir feel, but if you cut out McGee’s self-inflating philosophizing, it’s a short story at best.

I’m willing to overlook MacDonald’s women, thinly-developed damsels in distress who double as sex toys, given the swinging sixties Playboy philosophy era he wrote in, but I expect contemporary readers coming to these novels for the first time will be appalled. Listen, just be thankful MacDonald didn’t address race or politics!

Well, I tried. It’s back to Jack Reacher, I guess. I probably won’t be around thirty years from now to see how well Reacher passes the test of time, and maybe that’s a good thing. 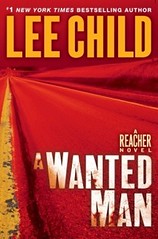 When you read the Jack Reacher novels in order, you notice their unevenness. The 4th and 5th novels, for example, were horrible in comparison to the first three. The 8th, 9th, and 10th were excellent; 11 through 13 were good; 14 through 16 were top-rate.

Okay, okay. From the woman hostage who isn’t really a hostage inventing an eye-blink code to communicate with Jack Reacher in order to tell him a story whose only purpose is misdirection (and to what end?), to a plot even the most patient reader can’t figure out without reading the entire novel a second time (which I rule out with extreme prejudice), to thirty chapters spent riding in a car through flat farmland in the dark, (a ratio of nine parts sitting to one part action), to inexplicable villains with an inexplicable scheme, this novel is shit.

Maybe old Jack is off his form, what with that broken nose and all. Or maybe Lee Child needed to pay the rent. If you just want to read the better Jack Reacher novels, steer clear of this one.