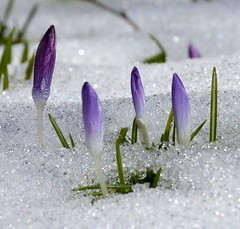 Spring is here. You wouldn’t know it in the Northeast, but it’s lovely in the Southwest, and with our recent rain the Sonora Desert will soon be in bloom. In most parts of the country, students are out on spring break. In Tucson they’re out for the annual rodeo.

For some, spring cleaning includes scrubbing up after themselves on social media. People are leaving Facebook and deleting their profiles. I know this because they announce it on Twitter. The proximate cause is the Cambridge Analytica scandal.

For all the commotion, I can’t see how personal data mining on Facebook made a dime’s worth of difference in the recent election. Like you, I read a lot of shit on Facebook, but none of it caused me to change my vote.

I’m sticking with Facebook for the same reason as everyone else: it’s the easiest way to stay in touch with friends and relatives. Some commonsense suggestions: don’t take quizzes, don’t click or like ads, report spam, de-friend people who refuse to stop sharing dodgy stuff.

And isn’t it odd how Trojan horse and Trojan have opposite connotations? One puts the bad stuff in, the other keeps it out.

Just as I have a hard time believing Donald Trump isn’t on a sustained alcoholic bender, I reject as fake news the story that Ben Carson was once a brain surgeon. Reporters recently discovered Carson, Trump’s secretary of Housing and Urban Development, ordered a $31,000 dining room set for his office. Carson denied it. Reporters then unearthed emails showing he not only ordered it but picked it out himself. Now Carson says his wife did it.

Our son Gregory’s birthday is the 10th of March; our daughter Polly’s the 16th. Greg had some air miles, so he flew down on Polly’s birthday and we celebrated both together. The next day Greg rented a motorcycle for a father & son ride to Bisbee.

We’re at another dismal juncture with our daughter, who’s temporarily moved back in with us. She’s working, but was out of work long enough that she’s lost her apartment and now has to build back up to independence all over again. I don’t like using this blog for dreary personal stuff, but here we are.

On a happier note, long-ordered library books and ebooks are starting to come in, including a young adult title I plan to review for my banned book column, and the first of an older series I’ve been wanting to re-read, John D. MacDonald’s “The Deep Blue Good-By.”