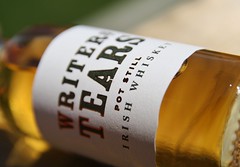 A friend sent a link to a New York Times Magazine article titled “Does Recovery Kill Great Writing?” Alas, I’ve used up my free clicks for the month and can’t read it; I include the link here in case you still have some and want to read it.

If I had to guess, I’d say it’s the work of a writer who recently quit drinking, and that it cites cases of famous authors whose output slowed to a trickle after they turned their backs on Demon Rum.

Now you can say I’m not a writer (far less a great one) because I haven’t had a book published and am thus not qualified to comment, but I’ll turn around and ask what do you think this blog is? It’s my book, a work in progress, and if it’s self-published, so what? Have you heard of Hugh Howey? I’m getting there.

I’ve always loved writing. It occurred to me I might have trouble writing once I quit drinking, but in my case at least, I didn’t. I probably write more now than I did when I was drinking, and I don’t think my writing is any different. Maybe better. It’s tempting to say, to those who claim they can’t write sober, that they’re making excuses for their addiction, but I know better. I’ve been around a lot of alcoholics, and it’s different for everyone.

I was drunk a lot of the time back in the day. Now I’m not drunk any of the time, ever. I wrote then and I write now. A lot of writers and artists struggle without alcohol and I’m thankful that didn’t happen to me. I thank my lucky stars. Every day.

Some things are different, of course. I don’t hang around in bars and I don’t like being around drunks. I used to do a lot of that. I don’t tell many jokes these days, and I no longer sing or collect bawdy songs, once one of my favorite hobbies.

It didn’t dawn on me until just now that I quit drinking in March, 2007, right around Saint Patrick’s Day. I played around with the famous St. Patrick’s Day toast, Éirinn go Brách, to come up with a title for this post (Google tells me “tirim” is “dry” in Irish).

I wonder, did my friend know I mark the anniversary on this blog every March when he sent me that link? Whether he did or not, I appreciate the reminder!