Tell you what, they didn’t just come out of the closet when Donald Trump stole the election, they came out running. A year ago, what’s going down in Charlottesville would have been unthinkable. How much worse is it going to get before we come to our senses? 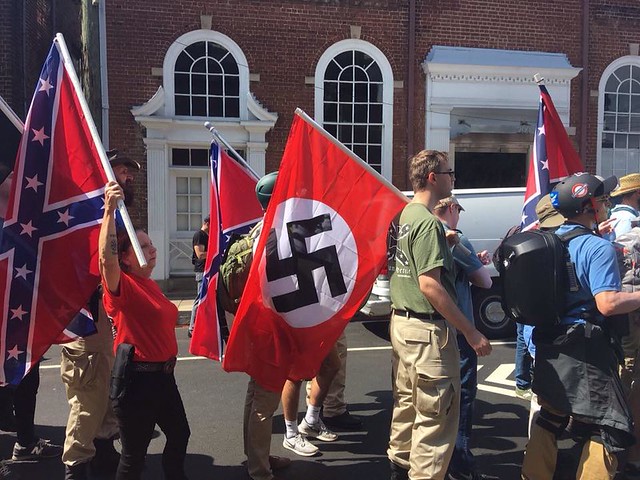 Trump rode a tide of racist resentment right into the White House. Some of my friends are trying to convince me his supporters didn’t know that, that they hated Hillary’s laugh or whatever. Bullshit. Trump was the racist candidate. No matter what Trump voters say, they knew what he was and should have had a pretty good idea how his base would act if he won.

Because look what’s happening to our country. If you voted for Trump, this shit is on you. You chose this.