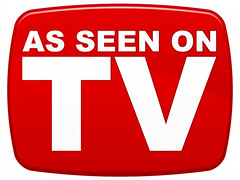 Donna hosted bridge last night. I had planned, as soon as I finished a post about aerial refueling, to go to the local cineplex and watch Get Out, but in the end I stayed home and watched MSNBC with the sound turned down low. Note to self: go see Get Out, it’s supposed to be good.

So anyway, I couldn’t help noticing that every pundit in the MSNBC nightly lineup–Chris Matthews, Chris Hayes, Rachel Maddow, Lawrence O’Donnell, and Brian Williams–replayed the Trump “grab ’em by the pussy” video at some point in his or her show. Yes, we must never forget our unelected president’s misogyny, but replaying that tape didn’t come across as a respectful or constructive way to celebrate International Women’s Day, and I was vaguely disappointed in humanity.

Of the MSNBC nightly lineup, Rachel’s the only one I can stand, and I don’t watch her show often because she’s so repetitive. Her “A block” is one of the longest in the business, a good 15 minutes without commercials, but that’s because she spends 14 of those minutes building up to whatever insight or nugget of news she plans to reveal, coyly avoiding saying what it is, going over lead-in points again and again, then finally spitting it out in the last minute. I love her, but the act is wearing thin.

Chris Matthews? Can’t stand his loudmouth ass. Chris Hayes? Seems like a nice guy, but his guests look like multicultural Muppets and he keeps interrupting them. Lawrence O’Donnell? I think he’d change his politics in a New York minute if Fox News offered him a slot, plus he goes all daytime TV on celebrity dirt. Brian Williams? Meh. I get my news from Google, Wonkette, and Twitter. If I happen to watch network news or any of the talking heads at night, it’s all stuff I learned earlier in the day.

Tonight I’m looking forward to the season opening of The Americans, which we DVR’d Tuesday, and a fresh episode of The Expanse, taped last night while the bridge ladies played. I’m also taping Colony, which has to my surprise quite grown on me.

What are you watching these days?