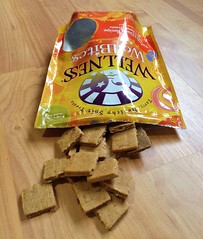 Such a relief, feeling better. And I do mean better, body and tooth. Whatever last weekend’s illness was, it’s gone. I almost think it had to do with the tooth that went bad at the same time. Is that a thing that happens? I could be convinced.

The root canal Tuesday morning went as expected: an ordeal to be sure, but nothing like the bloody thrashing screaming dental molestations I remember from my youth (no wonder so many people from older generations have horrible teeth … they had bad experiences with dentists as children and could never be persuaded to go back).

One more visit with my regular dentist later this month to finish off the endodontist’s work, and we’re done. For now, though, the pain is gone. I never needed to get into the oxycodone, so that’s good. I felt well enough to work at the museum Wednesday, visit the gym Friday, and go for a bike ride this morning.

In the news Thursday was a report that General Petraeus had shared top secret information with reporters. At the gym Friday morning the wall monitors were set to Fox News. Other gym rats were watching and listening, so I got on the stationary bicycle and tried to lose myself in a Kindle book. After pedaling for a few minutes I overheard the words “top secret” and thought how remarkable it was that Fox News would mention General Petraeus in a negative context. When I glanced up, though, it turned out they were beating the Hillary Clinton email drum, as they do 24/7. I bet they never even mentioned the Petraeus story … it certainly doesn’t align with their narrative. Nor does the story about Bush & Cheney deleting over 2 million “private server” email messages in 2007.

Donna was still at her sewing retreat this morning, so she couldn’t come on the bike ride, but three other Trail Trash members rode from Hi Corbett Field to 4th Avenue and back with me. Here we are, posing in front of a mural on 6th Street:

I led this morning’s ride. My original plan had been to follow the trail I scouted a couple of weeks ago, rehearsing for next weekend’s bike hash, but it was getting humid in a hurry so I chose a shorter route downtown and back. It’s probably good that I did, because now I have a shorter backup trail in case it’s crazy hot on Sunday the 19th, the day of the bike hash. According to the forecast, it may well be.

Last night parts of Tucson got heavy rain and even hail, a precursor to the coming monsoons. I was out front taking photos in our yard when a few drops fell. Apparently that was our share of the bounty. Polly said it rained like crazy at the Ace Hardware store where she works, just two and a half miles from here, and a friend across town lost a big tree when a microburst hit her neighborhood. Here’s the iPhone photo I took just as a single splat hit the back of my neck and sent me scurrying indoors. 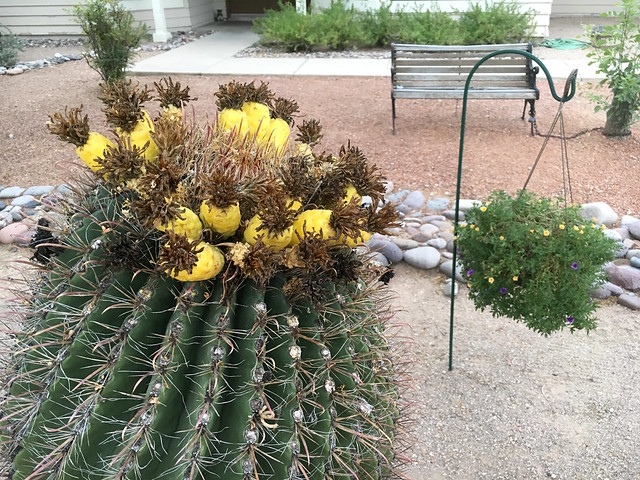 FYI, I started posting photos to Instagram and Pinterest (the links go to my accounts at each site). Dinosaur that I am, I was initially slow to engage with other posters, but I’m starting to loosen up. I like the idea of sharing stuff on Pinterest.

Cleaning out the blog’s spam comment trap this morning, I found this.

I’ve seen similar spam before. This time I actually “gogled” fellatio’s content tool, and now I’m angry. Remember me posting about a Facebook friend’s monetized blog a while back? I wrote about a woman with a blog who posted articles with titles like “Be a Data-Driven Blogger,” “Blog Automation for Shameless Self-Promotion,” and “Posts Not Turning Heads?” People like that tend to call blog posts “content,” and the content almost always seems to have been copied.

I take pride in writing my own stuff. Sometimes my stuff gets repurposed. It happens most often with a primer on hashing I wrote in 1995: it’s been copied I don’t know how many times, sometimes by professional journalists. Sometimes in altered form, sometimes word for word. One thing they never manage to copy, though, is my name. When the original Wikipedia entry for the Hash House Harriers went up in 2003, it was taken verbatim from my primer … without, it need hardly be mentioned, a link to the original or any credit to me.

I would not be surprised to learn some of my Air-Minded articles on aircraft and aviation have been similarly mined for “content.” I mean, you can put a copyright notice on everything you write … and I do … but without a lawyer on staff, what good does that do? To make things worse, now that I’ve foolishly taken a glance at fellatio’s little spam app, I realize there are web applications for content thieves, designed to prevent, through rewording and restructuring, original authors from proving their stuff has been stolen.

God damn it, that’s depressing. I remember how shocked I was when, as a teaching fellow at Cal State Sacramento, a student handed in an obviously-plagiarized essay. Apparently I’m still capable of shock. Steal my writing and pass it off as your own? That, to me, is a shoot-to-kill offense. And I’m not kidding.