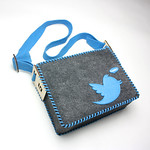 I tweeted Rachel Maddow last night. She’d just run a segment on John Kasich opposing statehood for the District of Columbia because DC voters are Democrats. It was kind of funny that Kasich would come right out and say so, and made me think of my father’s one-man battle to have the mule named the Missouri state animal: my dad wasn’t the first Missourian to propose the mule, which had in the past been opposed by Republicans in the state legislature worried that people would confuse it with the donkey, symbol of the Democratic Party. You think I’m kidding? I’m not. My dad, by the way, ultimately succeeded.

But back to Rachel and my tweet. Yes, her segment on Kasich and DC statehood was funny, but I know from experience there’s more to it than that. What I said to her was “Dem congressmen are against DC statehood too, Rachel.” Naturally, Rachel didn’t respond, nor did I expect her to. But someone who describes him- or herself as a DC statehood supporter and reporter did, eventually at great length (30 responses and counting). By saying what I said I branded myself as a pro-tyranny, anti-democracy liar, a malicious disenfranchiser of DC, a picker of the “Jim Crow side of history.” I particularly relish my opponent’s last two shots:

Here’s the thing, though: the District of Columbia is a company town, and the company is Congress. The Constitution, in Article I, Section 8, Clause 17, sets it up that way: “The Congress shall have Power To … exercise exclusive Legislation in all Cases whatsoever, over such Dis­trict (not exceeding ten Miles square) as may, by Cession of particular States, and the Acceptance of Con­gress, become the Seat of the Gov­ernment of the United States. …”

Which basically means Congress runs DC, and it runs DC in such a way as to protect its interests and to its own benefit. I learned about all this in the 1980s, when I spent a lot of time at the Pentagon. While I was there I learned about a thing called United States Army Military District of Washington, which directly benefits from the fact that DC is a protectorate of Congress, and is kind of a Mini-Me to Congress.

There’s a lot of vested interest behind keeping DC under the control of Congress, not only among Republican legislators but Democrats as well. The way my Pentagon buds explained it to me, if the District of Columbia were to become independent or be granted statehood, its citizens would inevitably begin to vote in favor of their own interests, and thus against the interests of Congress. What Congressman, in either party, would ever countenance such a thing?

True, there have been DC statehood movements and proposals in Congress, all backed by Democrats (never Republicans). A bill granting statehood to DC passed the Senate in 2009 with a 67% vote. The Democrats were the majority party at the time, and I think they all voted in favor. The bill was, of course, filibustered and defeated by the Republicans. What I’m saying is, it was safe for Democratic senators then to support the statehood bill, because they knew the Republicans would filibuster it. If the world ever turns upside down and a majority Republican Senate passes a DC statehood bill, I’m willing to bet the Democrats will reverse themselves overnight and filibuster it.

So what else am I in trouble for? Having negative feelings about the death of a pop star who, it is beginning to emerge, died either from complications of an earlier opiate overdose or possibly from a subsequent OD. I wouldn’t say anything outright condemnatory about Prince, who is literally mourned by millions, but even mentioning drugs in connection with a beloved-celebrity death has become an implied slam, evidence of a negative outlook on life, an anti-social act.

Strange how a drug addiction everyone I know would be utterly frantic over if it were happening to a son, daughter, spouse, parent, or friend, is all oh-let’s-move-on-we-don’t-talk-about-that-sort-of-thing when it’s a celebrity or an entertainer. To my mind, that’s some horribly classist thinking.

Obviously it’s time to lighten up here at Paul’s Thing. To that end, I rode down to Park Mall this morning to watch a regional police motor officer competition. Here’s a short iphone video of some of the shenanigans going on today: 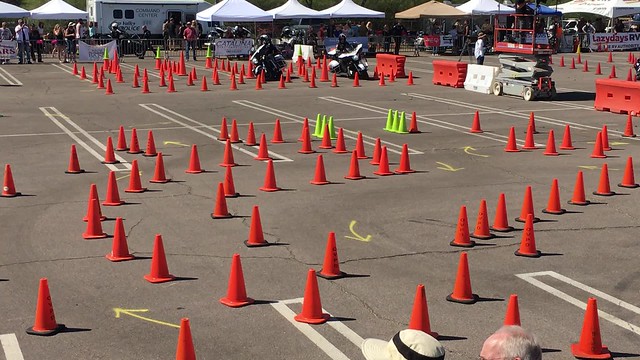 There were solo competitions, slow riding contests, events involving two- and four-ship formations of motorcycles, even an event where two motorcycle officers had to ride side by side, tied together with a length of string. Points off for putting a foot down or dumping your bike. It was a total hoot, and hundreds of people came out to watch and cheer. Police motorcycle teams came from as far away as Albuquerque and Las Vegas, and of course cities and towns all over Arizona.

Harley-Davidson, interestingly, no longer dominates police fleet sales, not by a long shot: there were easily over a hundred motorcycles there today and only three or four were Harleys. The new favorite appears to be a toss-up between three other brands: Victory (which you see in the video above), BMW, and Honda. I saw a few Kawasakis as well, but I think they were older ones, no longer in production.

It was good to mix it up with fit, motivated young men in uniform (I purposely pretended not to see the few very overweight motor officers in attendance) … I felt the same way about flying fighters for the USAF back in the day … and now I’m lusting for a pair of those over-the-calf black leather boots.