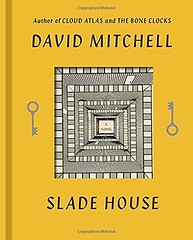 I was totally into The Bone Clocks until the cloud battle between the horologists and anchorites, an extended scene taking up the last quarter of the book. What had been an engrossing tale with an overlay of fantasy became wholly fantastic and, to me at least, silly. I couldn’t follow the action of the complicated, drawn out battle; I couldn’t even tell the good guys from the bad. The scene felt unnecessarily padded. In my review of The Bone Clocks, I said I thought the novel would have been stronger without the battle.

In Slade House, the horologists and anchorites fight again, but this time the battle is short, comprehensible, and clear. If only I could buy into the belief that we have souls, I would be more enthusiastic about Mitchell’s vision. But I sort of doubt Mitchell believes in souls, either, and is merely paying the rent by writing exceptionally good supernatural potboilers while his next major non-fantasy novel gels.

In Slade House, we meet and get to know several victims of the Grayer twins, immortals who preserve their youth by periodically devouring the souls of the engifted, who reveal the back-alley portal to Slade House only to their chosen dinner guests. Sure it sounds silly, but the setups, as each new innocent discovers Slade House, chilled me to the bone every time. The Grayers, too, are fun, the bickering between them sibling-like and even cozy.

One really should read The Bone Clocks before reading Slade House, even though this one can stand on its own. I think those who’ve read both will agree with me that Slade House is the better of the two, primarily because it’s shorter and tighter.

A friend recommended Shadow Divers and I started in on it cold, knowing nothing about the book or its subject. For the first few pages I thought I was reading an unusually gripping novel. It only gradually dawned on me that Robert Kurson’s book is non-fiction, a real-life account of the discovery and eventual identification of a sunken WWII German U-boat off the coast of New Jersey.

Had it been a novel, I’d write the same review I’m writing now. I’d tell everyone how exciting Shadow Divers is, how riveting the story, how impossible to put down once you’ve started. I had no idea what I was getting into. By page two I was enthralled.

Kurson takes a warts & all approach to his subject, dealing frankly with the divers who discovered and worked the mysterious wreck; the alcoholism, egos, personality conflicts, fatal mistakes made in the depths. There were times I thought the descriptions of divers’ deaths might give me nightmares … and they well might still.

It’s an incredible story. Excuse me while I catch my breath. Shadow Divers is up there with any of Jon Krakauer’s adventure books, and that is meant as high praise. 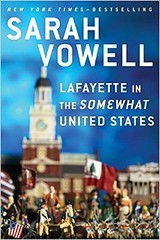 Sarah Vowell’s descriptions of dashing around the Eastern Seaboard to visit sites of Revolutionary War events, homes of founding fathers, re-enactments of key battles … accompanied by friends, siblings, nieces and nephews, occasionally a patient hired driver … are positively endearing. These glimpses into her own life help bring history to life for so many readers.

I’ve read Assassination Nation, Take the Cannoli, Unfamiliar Fishes, and The Wordy Shipmates, and have noticed this writerly technique at play in all of them. And I approve. It works. I’m a fan for life. If Sarah Vowell writes it, I’ll read it.

What you walk away with, after a history lesson from Sarah Vowell, is a sense of those who came before us as contemporaries, as real and immediate as you or me. I will never think of George Washington as a wooden figure again (even if he did have wooden false teeth, which he didn’t). And Lafayette, about whom I knew almost nothing, stepped off the pages of this book and sat down across from me as I read. Even the pencil illustrations of key figures on both sides of the Revolutionary War are uncannily lifelike.

And tell you what, next time some know-nothing Teabagger twerp goes off on the French, I’ll have a quiver full of arrows to shoot back with. Thanks, Sarah, for straightening us out on who are true friends are!

Seriously, this is a marvelous read. Educational and fun, as they say. If history books had been written like this when I was in school, I might have paid more attention. 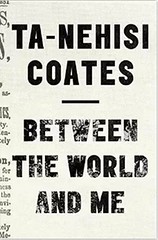 Between the World and Me
Ta-Nehisi Coates

I’ve admired Ta-Nehisi Coates’ articles in The Atlantic, notably his writing on Jim Crow, the Civil War, and the topic of reparations for slavery. His journalism is fearless, tightly reasoned, well researched, and persuasive.

This short book, which takes the form of an impassioned letter from a father to his son, is quite different. It’s less tightly reasoned and more emotional than TNC’s journalistic writing. As it should be, being a frank and personal discussion of his own experience of the racial divide in America. It references many facts on the history of oppression, up to and including several recent police killings of unarmed black men and boys, but does not attempt to explicate the facts. It’s a letter to his son, after all … certain facts and assumptions common to the black experience of life in the USA are agreed upon going in.

I agree with everything TNC has to say about the false construct of race and the heritage of slavery. But when people compare TNC to James Baldwin, I drag my feet just a little. I’ll re-read Baldwin’s Notes of a Native Son and The Fire Next Time (which I first read 50 years ago). Then I’ll decide.

Yes, Between the World and Me is an important book. But for now at least, I think TNC’s journalism will have the larger impact. 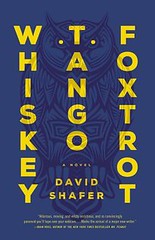 Count me among the dissatisfied. I thought WTF started brilliantly, with vivid, well-written characters and the promise of an interesting story, but a little over halfway in I lost the ability to suspend disbelief, and by the end I thought the plot merely silly, even risible.

At the end—and I’m sorry if this is a spoiler (no I’m not)—as the good guys are about to move against the bad guys, the story abruptly ends. Imagine a juggler suddenly disappearing, balls suspended in air. Look, if you’re going to sell me a story about grand Gibsonesque electronic conspiracies, I want to know what the hell happens! Will there be a second book? There’s no hint of one, so I’ll assume not.

When I say well-written characters, I’m trying to convey how prepared I was to love this book. I hate addicts and don’t like to read about them. Two of the main characters in WTF are quickly revealed to be drunks and druggies. Normally I would have quit reading right there, but I kept on in spite of my strong discomfort with the characters, and that’s why I’ve giving WTF a relatively high (for me) three-star rating.

That’s not all with the drugs, though. The deeper the author takes us into the Dear Diary/good guy conspiracy group, the more stoned his concept comes to seem, and this, along with several scenes set in Portland, Oregon, made me wonder if David Shafer is himself a Portlander. Yes, it turns out, he lives in Portland. I don’t know if he’s a stoner, but he’s certainly familiar with the breed. Anyway, drug-based computers is where I went off the tracks, no longer able to imagine any world in which the plot of this novel would be possible. WTF flirts with science fiction but is not science fiction. It’s fantasy, and stoner fantasy at that. Hey, I didn’t like Dune, either, and for the same reason.

Still, WTF is well written, and had the author kept marching another hundred pages to bring the action to a conclusion, I’d have stayed in step with him all the way. Instead I’m upset with myself for getting all wrapped up in a book that stopped before the climax, leaving me high and dry. How frustrating! 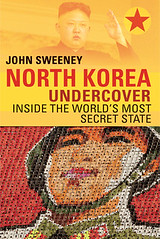 The Democratic Peoples Republic of Korea always fascinates. When I learn of new books on the DPRK I generally read them. This one doesn’t live up to its billing. It doesn’t contribute to our knowledge of North Korea, and there’s nothing “undercover” about it, save for the author passing himself off to DPRK authorities as a teacher rather than a journalist.

North Korea Undercover is little more than a diary of a tourist visit to Pyongyang, where Sweeney’s group gets the full Potemkin village treatment. Sweeney goes along with the orders and instructions of his North Korean minders, and apart from one unescorted early-morning foray outside his hotel to photograph some dreary apartment flats on the other side of a barbed wire fence, he does not rebel. He does not get the goods. Every “revelation” in his book is a known known, culled from other books or internet sites.

The one worthwhile thing Sweeney does here is to vigorously combat the suggestion that the DPRK was ever a workers’ paradise, or that Kim Il Sung wasn’t so bad. I’ve seen this notion advanced or hinted at in other studies of North Korea. It usually takes the form of stating how much better off North Korea was than South Korea in the 1960s and 70s, and how much worse Kim Il Sung’s successors, Kim Jong Il and Kim Jong Un, have been in terms of starving the people, setting up gulags, and inculcating cults of personality.

No. None of that is true. North Korea has always sucked. It has never been economically viable. Korea began as a primitive caste society, and the north has not advanced to this day. Kim Il Sung was busy starving peasants decades before Kim Jong Il got in on the act. His war against South Korea was a disaster, and as soon as it was over he started killing and imprisoning anyone who might call him to account for it some day. By the middle 1950s, even Kim Il Sung’s Stalinist handlers in the USSR were appalled at the cult of personality he had set up. It’s good to be reminded of these facts, and I thank Sweeney for doing it.

Otherwise? I could have watched a couple of YouTube videos and learned more. I’m particularly irritated with one photo. Like most readers, I scanned the color photo pages in the middle of the book before I started to read. One photo, showing what appeared to be labor camp prisoners at work behind a barbed wire fence, caught my eye. I wondered how Sweeney came upon that photo, because up to now everything I’ve read says there are no such photos, and tourist groups are never allowed anywhere near DPRK prison camps. One of the reasons I didn’t throw the book across the room after one or two chapters was to find out how Sweeney got this photo.

And he never said. Well, fuck you, Mr. Sweeney.