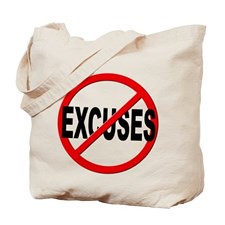 I’m starting work on a memoir-like writing project, so posting here at Paul’s Thing (and on Facebook and Twitter) may become even more spotty and random than it already is. Just saying.

In the meantime, a couple of domestic updates:

The floor of the cabinet beneath the kitchen sink was rotted, so Donna and Polly ripped it out. That, in turn, revealed black mold on the concrete floor underneath. We sprayed bleach on the mold and once things dry out I’ll put in a temporary cabinet floor, but really we need all new kitchen cabinets. Someone’s coming over tomorrow to give us an estimate.

Our neighborhood association approved our plan for an RV gate alongside the house, so we’ll start work on that soon. Meanwhile, between kitchen cabinets and broken dryers and new tires for the truck, there’s no money left for a motorcycle trailer, which is why we’re building an RV gate in the first place. All the more reason for me to do some serious writing and try to earn a buck or two.

Not going to pile on the lion-killing dentist, mainly because everyone is doing it, but also because the dentist probably did nothing illegal under existing law, at least in this country. That’s not to say big game trophy hunting shouldn’t be illegal. As lions and tigers and elephants and rhinos are pushed toward extinction, big game hunting is increasingly seen as evil. The USA could easily outlaw it … it’s obvious most citizens would support a ban … and then pressure other nations to follow suit. I’d like to see that happen. But even if it did, I don’t think it would stop big game trophy hunting.

I don’t want to talk about Trump either, but I think I know where he’s most vulnerable, in case any rivals want to poke him where it hurts during the upcoming debate. It’s his embarrassment over a failed attempt to disguise his baldness.

Earlier this week the Daily Beast wrote about Donald and Ivana’s divorce in the early 1990s. In a deposition Ivana said Trump went to her plastic surgeon for scalp reduction surgery and was furious over the results. Crying “Your fucking doctor has ruined me,” he assaulted her, pulled fistfuls of hair from her scalp, then raped her.

Trump’s attorney reacted angrily to the Daily Beast story, issuing threats right, left, and center. Somehow, though, I don’t think it was the allegation of marital rape that had him so worked up (if anything, I think the marital rape story will be seen as a plus by Trump supporters). No, I think it was the revelation about scalp reduction surgery.

What is scalp reduction surgery? I looked it up on WebMD:

Performed in the doctor’s office under local anesthesia, the bald part of the scalp at the top or crown of the head is cut away, and the edges of the nearby hair bearing skin are sewn together, bringing the hair-bearing scalp from either side to meet in the middle.

WebMD goes on to warn readers of a common scalp reduction surgery problem: “an unnatural appearance because the direction of hair growth is altered.”

Yes, exactly. I always thought there was more than a comb-over going on with Trump’s hair. There’s too much of it, for one thing. Now I see that its unnatural appearance is because it grows in the wrong direction. Judging by his lawyer’s reaction to the Daily Beast story, I’m guessing Trump’s baldness, and the horrible scalp reduction surgery that only serves to draw attention to it, is a huge sore spot with Donald Trump and a taboo subject among his sycophants and staff. I hope someone brings it up during the debate. I think Trump’ll melt down in spectacular fashion, right in front of a national TV audience.

That’s the direction Trump’s been heading in all along. If it could happen sooner rather than later, the country would be better off. Please, Rick Perry or Chris Christy, go for it!