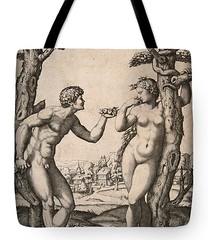 I said I wasn’t going to pile on that lion-killing dentist, but the more I learn about him the more I want to. Sadly, he’s but the tip of an iceberg: big game trophy hunting is not just a subculture but an industry. We can continue to single out clueless rich assholes foolish enough to post photos of their kills on social media, or we can get organized and go after the industry itself.

Some airlines are already on it: Delta, United, and American have announced bans on shipping big game trophies. It’s probably impossible to prevent US citizens from going on hunting safaris overseas, but we can pressure congress and the president to follow the airlines’ lead and outlaw the importation of big game pelts, heads, tusks, and horns from Africa and other parts of the world. If the USA does it, other nations may follow. If hunters can’t bring their trophies home, it might slow or even stop the slaughter of endangered animals. Yeah, call me an optimist. I can take it.

I’ve been following the national trophy hunting discussion in the news and on social media, and one thing I’ve noticed … you have too, I’ll bet … is that even as more and more of us get behind #BlackLivesMatter, #AnimalLivesMatter trumps everything. We condemn cops who, with little or no provocation, kill unarmed black men, women, and children, but few of us post death threats against those cops, and when we do we hide our tracks by posting anonymously. When Cecil the lion was killed, our death threats, along with gruesome and detailed proposals on how to torture the dentist first, flooded the internet. None of us bothered to disguise our names.

Why the difference? A friend passed along a link to a New York Times opinion column on the discrepancy between our feelings about the killing of people and the killing of animals. One line jumped out at me: “Animals are not stained by original sin.”

Wow. I hadn’t consciously thought about original sin in like, forever, but apparently the concept is deeply embedded in my values and beliefs, because my instant reaction to that statement was “yes, exactly.” Yes, exactly: animals are innocent, we are not.

I tell people I’m politically liberal but personally and socially conservative. More conservative than I knew, apparently. I’m sorry it took an asshole dentist killing an innocent lion to make me take a harder look at my beliefs and values. I’ll try to make up for it by writing a letter to my congressman, proposing a ban on big game trophy importation.