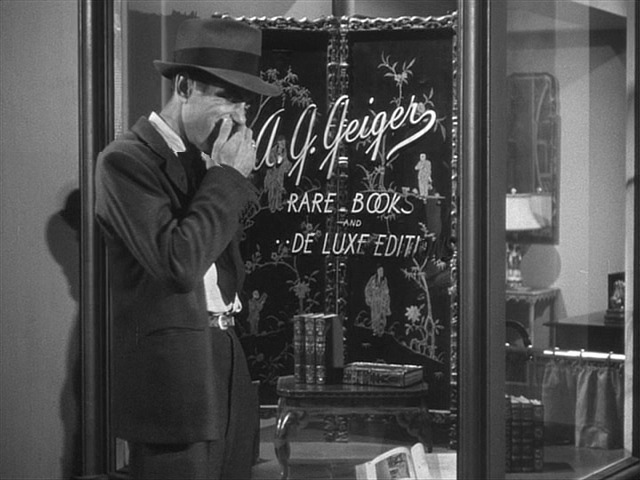 I linked to an earlier story on this in a previous YCRT! post, but here’s more on the censorship of an 85-year-old Tintin comic in Canada.

After a single parental complaint, a Connecticut school superintendent overruled teachers and the school board and removed James Dickey’s novel Deliverance from a 9th grade reading list.

An eight-year-old girl has been told she can no longer read on the school bus. It’s too risky, according to the bus driver, who is being backed up by the school board. Other students on the bus “might stand up to see what she was reading, or she might poke herself in the eye with the corners of the book.” Now that is one dangerous book!

Most of the book challenges and banning attempts I hear about originate with parents and are directed toward school reading lists and libraries. But there’s a new gang of bluenosed censors abroad in the land … the easily outraged lynch mobs of Facebook and Twitter. Right now they’re after comic books. Just you wait, though.

The American Library Association opposes congressional reauthorization of Section 215 of the Patriot Act. This is the infamous “library provision” which allows the government to monitor what books patrons check out and what sites they visit on library computers. Did you know Section 215 has been in force since 2001? The ALA, and most librarians, has consistently refused to share patron records, and so far the government hasn’t pushed the issue … but it can, unless this provision is allowed to expire.

Earlier this month the ALA released its list of the 10 most banned and challenged books of 2014. One of the books on the list, the graphic novel Persepolis, is the subject of this YCRT! Banned Book Review. 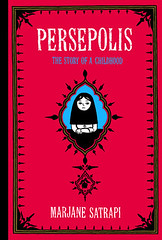 This is a well-known graphic novel, actually a memoir, first published in English in 2003. Clearly, I’m late to the party. It’s only the second graphic memoir I’ve read & reviewed: the other was Alison Bechdel’s Fun Home (click here for my review). The fact that Persepolis, like Fun Home, has been the subject of challenges and bannings is what drew me to it.

Persepolis itself, divorced from any discussion of why anyone would want to prevent others from reading it, is a straightforward memoir of the author’s childhood in Tehran. She was a young girl when the Shah went into exile and religious fundamentalists took over the country. She lived through the revolution and internal repression that followed, the American hostage crisis, and the Iran/Iraq war, emerging from these experiences as a teenager. In Persepolis, she recounts the effects these tumultuous events had on her parents, her friends, her relatives, her country, and herself.

Had Persepolis been written as a conventional memoir I doubt it would have had much impact … that is if it got published at all. But as a black & white graphic memoir, drawn in minimalist style, it’s strangely powerful, and, perhaps even more importantly, relatable. I don’t know how anyone, even the most rabid Iran hater, could read Persepolis and not emerge from the experience a changed person. You come to understand how fundamentalism could take over a prosperous, westernized country; how secular Iranians who were justifiably proud of their country and heritage could stay and try to ride out the changes; how those with values like ours became trapped behind its walls; how, by inference, something like what happened to Iran could happen in the West, perhaps even in the USA. Marjane’s younger self … her trust in her parents, her love for her grandmother, her keen powers of observation, her growing teenaged rebelliousness … inescapably reminds you of Anne Frank, and your heart goes out to her.

I passed Persepolis on to my wife and encouraged her to read it. At some point soon, we’ll watch the animated movie on Amazon, and I’ll very likely read the sequels Marjane Satrapi has since published. Late to the party; glad to finally be here.

Now, about the banning. Persepolis has always been banned in Iran, very likely in other Muslim countries too. In 2003, when the English version was distributed in the USA, it was an immediate popular hit, also earning high praise from literary critics. The animated movie, made in 2007, won the Cannes Film Festival Jury Prize and was nominated for an Oscar. No one in America tried to suppress it until March 2013, when it was suddenly banned from Chicago Public Schools (CPS).

Via internal email, CPS school administrators were instructed to immediately remove copies of Persepolis from libraries and classrooms. A furor ensued and one day later the school district had to back down on removing the book from libraries, but the ban on classroom use stayed in effect and continued until September of 2014. Students and teachers, backed up by organizations like the Comic Book Legal Defense Fund and the American Library Association, protested the banning and received national news coverage.

The ostensible reason for removing the book, it emerged, was two or three cartoon panels depicting the torture of Iranian dissidents. The panels themselves are neither gory nor shocking; students see far more horrifying depictions of abuse in the the chapters of their history books dealing with slavery and the Holocaust. There was also some mention of graphic language. All I saw were a couple of “shits,” pretty tame stuff by today’s standards. I’ll go out on a limb and say no one ever believed the torture panels and two “shits” were the real reasons someone wanted the book banned.

Did you notice I said “someone”? Thanks to the digging of a graduate student who filed FOIA requests with CPS, it emerged earlier this year that the direction to pull Persepolis came from the very top, from the CEO of CPS, who had been alerted to the memoir’s “graphic” content by a CPS school principal. The original direction went from the CPS CEO to her chief of teaching and learning, who included this sentence in an email to all school administrators in the CPS system: “It has come to our attention that the novel ‘Persepolis’ contains some graphic language and content that is inappropriate for children … it is imperative that we remove the books from the classroom and from the school, to decrease the likelihood of the books getting into the hands of students.” This direction, by the way, went counter to CPS’s own book challenge & review policy.

The first message from the chief of teaching and learning was followed by another: “Who in the [Teaching and Learning] office approved this to be added to the [recommended reading] list?” The chief of teaching and learning reported to the CPS CEO that she was working “to identify the person(s) so that I can meet with them.” The CEO, later that same day, kept the pressure on by replying that “someone is in jeopardy bc if [sic] this. Need a name.”

In the weeks after the initial banning in 2013, when the protest was at its height and the ham-handed banning of a highly regarded and beloved book had made Chicago a national laughingstock, the CPS CEO and her chief of teaching and learning … the very someones who wrote the messages quoted above … attempted to pin the blame on overzealous underlings who (they said) overreacted to queries from higher-ups. Thanks to the persistence of that graduate student, we now know the banning came from the very top. Personally, I expect it goes higher than that, to Chicago’s notoriously hot-headed Mayor Rahm Emanuel (but that’s just speculation on my part).

No, I don’t believe two or three cartoon panels depicting torture and a couple of “shits” is the reason the CPS CEO, and possibly her ultimate boss, wanted the book banned. But I’m damned if I know what it really is. Is it that the book might make readers more understanding of, and sympathetic to, citizens of a nation that’s been a declared enemy of the USA since the late 1970s, a nation many conservative leaders openly advocate going to war with? Or is it that we don’t want kids reading anything positive about Muslims? I think the real reasons for the Chicago Public Schools banning lie somewhere in this jingoistic, bomb-bomb-bomb-Iran area. But again, that’s just me thinking out loud.

While the controversy in Chicago has ended, it’s percolating up elsewhere, first in a Chicago suburb (not part of CPS), then most recently in southwestern Oregon, where one parent stood up at a school board meeting to complain that Persepolis contains language he wasn’t permitted to use before the audience, followed by another parent saying she’d pull her kids out of school if they brought Persepolis home from the library. In the Chicago suburb, the school district voted to keep the book in classrooms and school libraries. In Oregon, the challenge is still under review.

If you’d like to read more on past and present attempts to keep students from reading Persepolis, click here to link to an excellent and up-to-date summary from the Comic Book Legal Defense Fund.