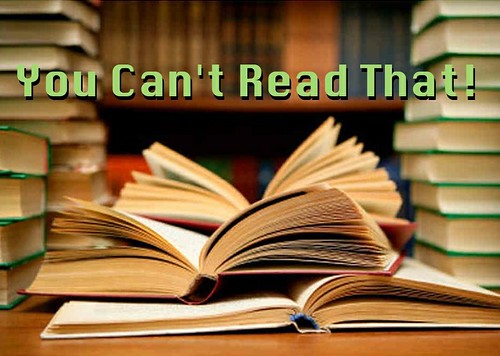 Legislators in the Kansas Senate are considering a bill that will make it easy for parents and district attorneys to bring legal action against teachers, librarians, and school principals who expose students to “objectionable material” (which the bill broadly defines as anything that goes against community standards).

If enacted, this bill will be a godsend to those who want to purge public schools of literature, creative thinking, science, history, or anything else they don’t like. Imagine the chilling effect it would have on teachers, who would not dare assign a Vonnegut novel, explain carbon dating and the age of the earth, teach students about slavery or the Indian wars, or so much as mention evolution. This one’s worth keeping an eye on: I’ll set up a Google alert and report future developments.

Imagine how empowering such a law would be for the mother who compiled this list of “objectionable material” being forced down the innocent throats of public school students in Clarence, New York. Rather than having to present her case for banning books before a school board and risk losing (which, thankfully, she did), all she’d need to do would be to find a politically-ambitious conservative district attorney to arrest and prosecute the teachers and principals involved. No more Jonathan Swift and his eating of Irish babies for you, children of Clarence, New York! 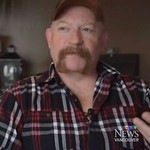 Or this guy (who happens to be Canadian, but could just as easily be from Kansas, New York, or Arizona). He wants his son’s school district to ban The Perks of Being a Wallflower. Why? Because he says it’s “pornographic.”

Right behind is Isabel Allende’s The House of the Spirits. A mother unsuccessfully challenged the novel’s inclusion on a high school reading list in Watauga County, North Carolina, where the school board voted to retain the book. But now Fox News has sought out and interviewed the mother and is making opposition to Allende’s novel part of its case against Common Core educational standards. By the way, I’m currently reading The House of the Spirits and will post a review when I’m done.

Russell Miller published a biography of L. Ron Hubbard, founder of Scientology, in 1987. The book was kept out of American bookstores for 27 years as the result of litigation brought by Scientologist leaders, and is only now becoming available to American readers.

In Fairbanks, Alaska, a right-wing politician demanded a local grocery store stop selling Ms. Magazine because it supports women’s reproductive rights — and the store pulled Ms. from its shelves!

Here’s another case of political book banning, this time in Japan.

After a high school student newspaper in Fond du Lac, Wisconsin published an article about rape culture, school administrators issued policy guidelines restricting future reporting to pre-approved topics. Students and faculty are protesting the new guidelines, but for now they remain in effect.

The Texas State Board of Education will soon decide whether or not to establish Mexican American studies courses for high school credit. Schools in Houston are implementing MAS classes this year. After Arizona infamously banned MAS programs and books from its public schools two years ago, it’s refreshing to hear another red state is considering going the other way.

Political correctness run amok: #CancelColbert and trigger warnings. Honestly, it’s hard to see the difference between censors on the left and the right. Their end goal is the same: banning books and restricting free speech.