Posted on September 7, 2012 by Paul Woodford

Donna’s in Las Vegas for a week, Polly’s working, and I’m home alone with the critters. I thought I’d take advantage of all this freedom and go for a spin on one of the motorcycles this morning, but there are black clouds in every direction and here I sit at the keyboard instead.

In the wake of the Republican and Democratic conventions, I see a lot of Facebookers threatening to drop friends who post about politics. Do people really think they can cut politics out of daily life? Or is it that they don’t want to have to read anything they disagree with? I suspect the latter. Most of us understand what Pericles meant when he said “Just because you do not take an interest in politics doesn’t mean politics won’t take an interest in you.” 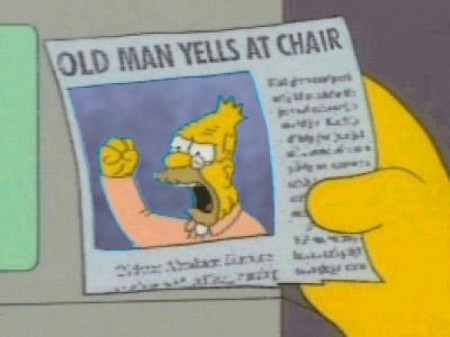 Now that both conventions are over, I think it’s safe to say the Democrats have a lock on enthusiasm. But the Republicans have the money. Between the Kochs and Sheldon Adelson, the GOP could raise enough money to buy up literally every minute of political advertising time on television between now and election day. And it’s pretty clear that the Kochs and Adelsons, along with a few other mega-wealthy individuals and families, would very much like to buy an administration of their choosing.

In the wake of Bill Clinton’s barn-burner of a speech two nights ago, a Facebook friend tried to belittle its impact by bringing up Clinton’s impeachment. I don’t think anyone in the Romney camp realizes how popular Clinton is or how little the average voter cares about his impeachment. To most of America and the world, Clinton is a revered former president and elder statesman. Personally, it was when the Republican leadership of the House of Representatives voted to impeach President Clinton that I vowed never to vote for another Republican, and I bet I was one among many. So, yeah, bring up Monica Lewinsky, but it’s not going to hurt the Democrats. It’s the money that’s going to hurt us, not the small-mindedness of the haters.

I’m not all that enthusiastic about President Obama. He took sides with the Wall Street thieves who stole almost half my 401K, he’s continued the anti-American law enforcement and domestic spying policies set up under the Patriot Act, he’s said over and over he’s willing to reduce Social Security benefits in order to make a “grand bargain” with the Republicans, and he caves to right-wing media criticism more often than I would like. He has, however, managed to get a far-better-than-nothing health care program in place (one that needs protection and nurturing over the next four years lest it be undone) and to appoint a couple of Supreme Court justices, Kagan and Sotomayor, to offset some of the damage done by Bush’s appointment of Rogers and Scalia.

I may be less than enthusiastic about Obama, but when it comes to Romney and Ryan, I’m scared to death. As when someone behind me stares holes in the back of my head, I feel the malevolent interest their politics takes in me. They want to hurt me. They want to hurt you. So once again (and isn’t it always this way?), I’ll vote for the lesser evil. And I really must vote, lest my inaction enable the greater evil.

Getting back to Facebook, I haven’t had anyone threaten to drop me personally for posting about politics. Of course, when people drop you on Facebook they don’t send threats first, they just quietly click “unfriend.” It could certainly be that some have unfriended me, but how would I know? It’s not like Facebook tells you. Still, I try not to rant and rave on Facebook (though I’m sure I sometimes fail).

Now you’ll call me a hypocrite, because I have to confess to unfriending a couple of guys on Facebook last week. Both were right-wingers of the teabag variety; I knew one through the USAF and one through the Hash House Harriers. I was already pretty disgusted by the infantile things they’d post, but what brought matters to a head was one of them questioning my patriotism and the other telling me it wasn’t racist to continue questioning Obama’s birth certificate. Enough, I said to myself, I have to watch my blood pressure. And I must say, with those two banished from my news feed, Facebook feels a much calmer place. I’m still friends with my Limbaugh-lovin’ Cape Girardeau clan; they’re all still friends with me; we’ll all survive the next few months somehow.